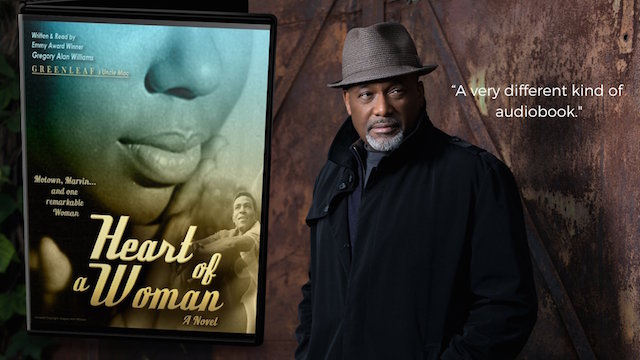 Double Emmy Award winning actor, critically acclaimed author, respected educator and master storyteller, GregAlan Williams, known for his role as “Uncle Mac” in OWN’s hit series Greenleaf, narrates his 2009 novel “Heart of a Woman,” releasing this month just days before the premiere of Greenleaf’s second part of season 2. “Heart of a Women,” is set in the heyday of Motown and filled with memoriam characters including Marvin Gaye, Teddy Pendergrass and Berry Gordy. (Photo Credit: Corey Reese)

Accomplished actor GregAlan Williams, known for his work on the large and small screen is combining his love for the written word with his skills as a thespian by narrating his first audiobook; a harrowing self-written fictional story, “Heart of a Woman,” a drama revolving around Los Angeles’ Motown heyday.

The story of Jimi Stone and her ability to fix problems that arise from the Motown hierarchy, despite the fact that problems at Motown are like high notes, Williams’ “Heart of a Woman” was first published in 2009 but there has never been a narrated audio book released before.  Williams is known for his role on OWN’s successful drama “Greenleaf,” returning for the second part of Season 2 on August 15, he recites each character painstakingly developing the nuances of each voice. “There was a total of 5500 words that took three full eight hours days to record,” says Williams. “But these were the same voices that I had in my head when writing the book. It sounded exactly like it sounded in my head; exciting and intimidating.”

Despite statistics that say millennials are reading less and less, adult women have been loyal and resilient buyers of both print and audio books. “I wanted to write a book for the African American adult female,” says Williams. “When I write, I’m thinking about who my audience would be and I’m fully aware of what my audience wants to read. They are women of a certain age that remember the great music of Motown.” Sprinkled with memorable characters like Marvin Gaye, Teddy Pendergrass, and Berry Gordy, “Heart of a Woman” uncovers this flavorful world of a woman who is courageous enough to protect and, sometimes, punish the people she loves. Caught up in a whirlwind of scandal, Jimi finds herself without options, and in order to survive, she must destroy her husband’s mistress, enlist a murderer to catch a blackmailer, and seduce a man of God.  “While working on the second season of ‘Greenleaf’ I was able to work aggressively on the ‘Heart of a Woman’ sequel,” says Williams. “My production schedule was lighter this season because there’s so much revealed about Uncle Robert ‘Mac’ McCready.”

Widely known for his role (of seven seasons) as beach cop Garner Ellerbee on the most watched television show in the world, “Baywatch,” GregAlan started his 30-year Hollywood career as a founding member of the Penumbra Theater in St. Paul, MN where he worked with Pulitzer Prize Winner, August Wilson, as well as the Chicago Shakespeare Repertory Theater, Chicago Theater Company, Mixed Blood Theater Company and Chicago’s Goodman Theater. His diverse list of acting credits includes, ABC’s “Secrets and Lies,” BET’s “The Game” and HBO’s “The Sopranos.” Prime-time appearances include “The West Wing,” “NCIS: Los Angeles” and “Castle.” Williams’ film career boasts 42 feature films, including classics such as “Remember the Titans” starring Denzel Washington, “In the Line of Fire” with Clint Eastwood and “Old School” starring Will Ferrell. His recent film credits include, “Terminator Genysis” with Arnold Schwarzenegger, “Misconduct” with Al Pacino, “The Accountant” with Ben Affleck and most recently, Oscar-winning “Hidden Figures” starring Taraji P. Henson. Due in theaters this September, Williams also stars in “A Question of Faith” starring along Kim Fields and Richard T. Jones.

GregAlan penned dozens of thought-provoking essays and authored three critically acclaimed books: “A Gathering of Heroes: Reflections on Rage and Responsibility;” “Boys to Men: Made for the Journey;” and “Heart of a Woman.”

“Writing is like giving birth,” says Williams, “Audio books allows me the opportunity to access my acting and writing skills and it makes the story more accessible to the reader.” 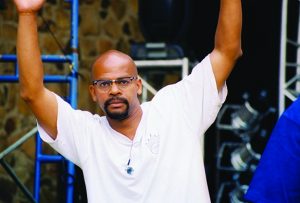 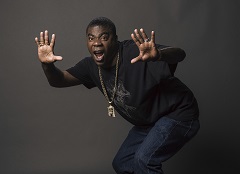 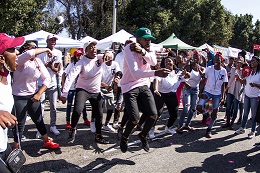