The Google tech and fashion event, Dress Code, was held on Thursday October 12 at Google LAX.

Daraiha Greene, head of Computer Science in Media Multicultural Strategy at Google, explained how she combined her different passions with technology.

“I’ve been in performing arts since I was four. I wanted to see how could I combine my love for technology with entertainment,” said Greene.

This is the third event from Greene’s “CS+X”, or Computer Science plus X, series. Past events included the intersections between music, dance, and technology.

The panels were a diverse cast of social influencers, fashion experts, and tech engineers.

Keynote speaker Shirin Salemnia, founder and CEO of PlayWerks and WhizGirl Academy, informed students on the importance of giving back.

“WhizGirls is a videogame that teaches kids how to code. Many people helped me so I wanted to do the same,” said Salemnia.

Actress Cierra Ramirez, who plays the role of Mariana on The Fosters, wore a color changing LED dress.

“For some odd reason, the fashion industry is always the last industry to change. I hope eventually we see more technology with fashion,” said Mcphee.

Though some panelists began in the fashion industry, others left their day jobs to pursue their dreams.

Darren Maulden, Fashion and Lifestyle Influencer, explained why he quit his job as a pharmacist.

“I was at the pharmacy bored. I wanted to pursue something more creative, so I just quit”, said Maulden.

The panel ended with motivational quotes inspiring students to find their passions.

“Do what you love. I didn’t find fashion. Fashion found me”. 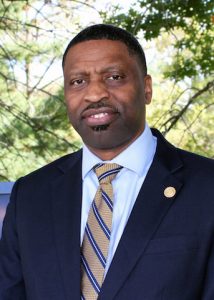 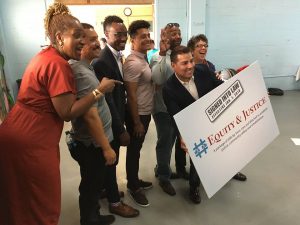