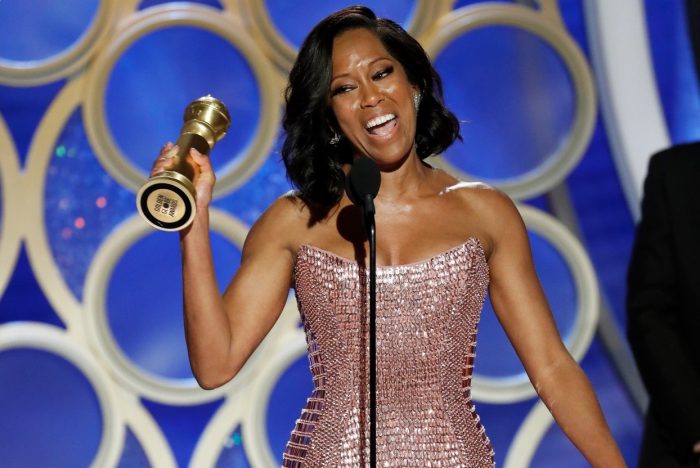 Regina King accepts the Golden Globe for best supporting actress in a motion picture for her role in “If Beale Street Could Talk.” (Photo: Paul Drinkwater, Associated Press)

Green Book emerged as the early favorite in the Oscar sweepstakes at the Golden Globes Sunday night after prevailing in three categories: Best Musical or Comedy, Best Screenplay and Best Supporting Actor. Common sense would tell you that the searing civil rights era saga was more of a drama than a musical or comedy, but go figure.

Curiously, Bohemian Rhapsody was dubbed Best Drama although that biopic about the rock group Queen’s frontman, Freddie Mercury, was a musical laced with comical moments. Another headscratcher was how Green Book’s Mahershala Ali won for Best Supporting Actor despite playing a lead role.

Bohemian Rhapsody and Roma garnered two trophies each, while A Star Is Born had a disappointing evening, only netting a win for Best Song, after landing five nominations. Bradley Cooper and Lady Gaga were overlooked in favor of Rami Malek (Bohemian Rhapsody) and Glenn Close (The Wife). The other acting awards went to Olivia Colman for The Favourite, Christian Bale for Vice, and Regina King for If Beale Street Could Talk. 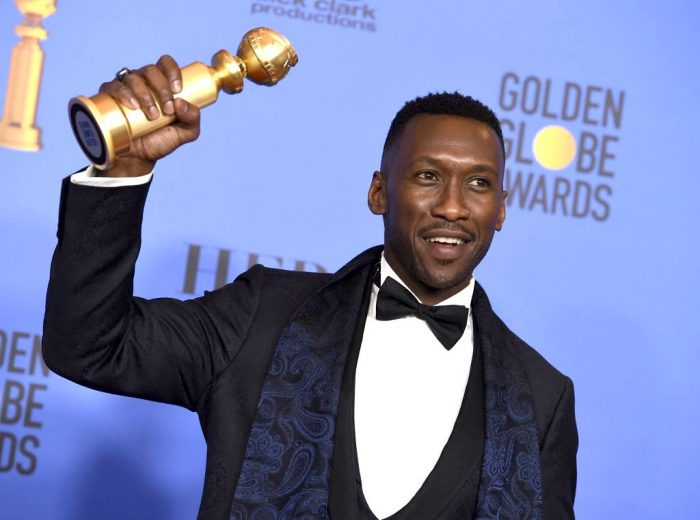 Mahershala Ali shows his award for best performance by an actor in a supporting role in any motion picture for “Green Book.” (Photo: Jordan Strauss, Associated Press)

The show was co-hosted by Andy Samberg and Sandra Oh, who studiously avoided offending any fellow celebs in attendance during their boring opening dialogue or over the rest of the evening. They didn’t even make any political jokes, although Christian Bale got a big laugh when he thanked Satan for showing him how to play Dick Cheney.

Most of the other acceptance speeches were delivered in earnest, touching on themes ranging from female empowerment (Regina King and Glenn Close), to brotherhood (Peter Farrelly and Alfonso Cuaron), to LBGTQ rights (Rami Malek and Ben Whishaw).

Best Limited TV Series or Made for TV Movie: The Assassination of Gianni Versace

Best Actor in a Limited TV Series or Made for TV Movie: Darren Criss, The Assassination of Gianni Versace 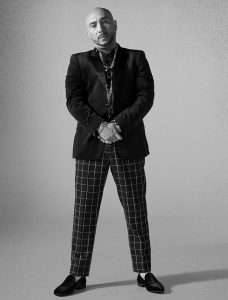