A self-described “cross-country pimp” from Gardena was sentenced on Monday to 40 years in federal prison for forcing seven girls — including one who was 13 years old — to work as prostitutes.

Laron Darrell “Birdd” Carter, 39, was also ordered by U.S. District Judge Virginia A. Phillips to pay more than $630,000 in restitution to six of his victims, according to the U.S. Attorney’s Office.

Following a five-day trial in April, a Los Angeles federal jury convicted Carter of seven counts of sex trafficking of a minor by force, fraud or coercion, and seven counts of transporting a child to engage in prostitution.

The evidence at trial showed that the Crips gang member trafficked girls as young as 13 and subjected some of them to beatings, which included victims being punched in the face and whipped with a belt.

Carter’s “conduct in this case spanned a decade as he prostituted the seven minor victims from 2003 to 2013” and transported them from California to Arizona, Texas, Georgia, Washington, D.C., and Nevada, prosecutors wrote in a pre-sentencing memorandum filed with the court. 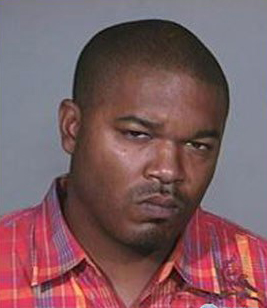 The case stemmed from the 2013 rescue of a 16-year-old girl, who told investigators that she had been recruited by Carter to travel from Minneapolis to Los Angeles. When she arrived in Southern California, Carter forced her into prostitution, she said.   Carter took the teenager to a hotel in El Segundo and advertised her services on backpage.com. The victim “ran away at one point, but she found herself lost with no money and returned,” according to court documents.

“When she returned, defendant beat her and whipped her with a belt for leaving,” federal prosecutors wrote.

After the victim was rescued, investigators located six other girls who had been coerced or physically forced into prostitution by Carter between 2003 and 2010.

“Above all, this sentence assures no more girls will fall prey to this brazen and manipulative sexual predator for decades to come,” said Joseph Macias, a special agent for Homeland Security Investigations in Los Angeles. “But the outcome of this case should also serve as a sobering warning to those engaged in the sex trafficking of minors about the severe consequences for those who commit such crimes.”

During the trial, the jury saw Facebook postings in which Carter described himself as a “cross-country pimp” who worked for “Pimpin’ International.” The jury also saw photos of tattoos with the “Birdd” moniker that victims were forced to get, prosecutors said.