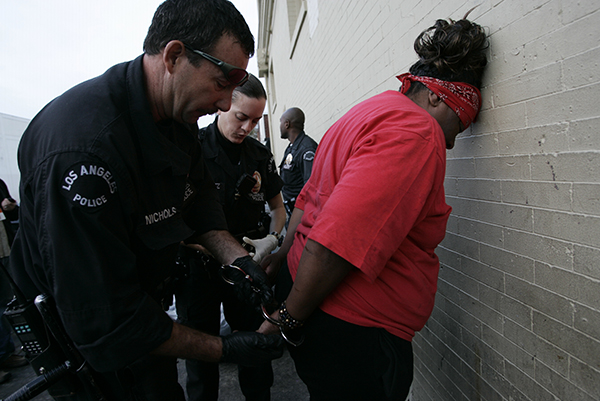 Los Angeles Police officers with the Central Area move in to arrest a homeless woman sleeping on a sidewalk in the Skid Row area of downtown Los Angeles, Tuesday, Oct. 10, 2006. Starting this month, a beefed-up police force is arresting people who violate a daytime sidewalk sleeping ban. (AP Photo/Damian Dovarganes)

“We need to have, literally, instead of a couple dozen people who are outreaching to the homeless folks and referring them to housing, we need, in my opinion, over 200 people doing that,” Garcetti said during KNX radio’s “Ask the Mayor” show.

Garcetti, who has been under pressure from activists to address housing for the homeless, announced earlier this summer he is working on a three-part “battle plan” to tackle homelessness in Los Angeles. He said his plan should be out in the “coming month.”

The plan is likely to contain a $2.9 million budget increase to build a coordinated-entry system — a more centralized process for referring the homeless to services. Such action is supported by United Way and other non- profits. Funding for it was proposed by the mayor earlier this year and approved by the City Council.

This funding boost to CES includes $1.35 million for adding 10 emergency response teams, each with two people, for outreach efforts citywide, under the auspices of the Los Angeles Homeless Services Authority, mayoral aides said. Garcetti’s plan also comes as the county and city team on a $3 million plan to concentrate homeless outreach efforts in the Skid Row area downtown. The 50-block area will be divided into quadrants, with an outreach team working five-days-per week in each of the four zones, Marc Trotz, who leads the county’s Housing for Health program, told City News Service earlier this month.

Each team will have at least six people and include clinicians such as nurses or nurse practitioners to administer to the physical health needs of the homeless, mental health specialists and substance abuse counselors, Trotz said. The teams will also contain peer outreach workers who have some expertise in the daily lives of the homeless or who are formerly homeless, he said.

Trotz said the immediate goal will be to find temporary “bridge” housing for the homeless, but “the long term goal is permanent supportive housing” — a residential facility that comes with staff and offices that offer various medical or counseling services. Trotz said the expanded outreach is anticipated to begin this fall, with the goal of housing at least 500 of Skid Row’s 2,000 homeless people, or 25 percent, within the span of a year.

“Given the magnitude of homelessness in Skid Row, something more than a periodic effort is going to be necessary to make meaningful progress,” Trotz said. The Housing for Health program that Trotz leads began as a way to connect homeless patients at county hospitals and clinics to permanent supportive housing. They started focusing more on Skid Row last year when they moved their offices into the area, starting with outreach every other month that eventually grew to once per week.

Trotz said during their current outreach efforts, they are “inundated with people who need help, and then the day is over.”

“It’s not like that’s a 10-minute conversation with somebody,” Trotz said. “When they actually do engage, it takes quite a long period of time before they’re willing to seek help.”

The expanded outreach effort in Skid Row, dubbed C3 — which stands for “County, City and Community” – in August received $400,000 from City Councilman Jose Huizar and county Supervisors Mark Ridley Thomas and Hilda Solis. Garcetti has also been under press to stop city policies that criminalize homelessness. Garcetti’s brief radio discussion of homelessness today came in response to a listener who asked, “with gentrification in full effect downtown, what can we do about the rising homeless population without treating them like dirt?”

After homeless advocates criticized Garcetti for not vetoing a city law targeting homeless encampments, he called for criminal penalties to be taken out of the law and for other amendments. He re-affirmed his stance today, saying “we have to stop treating the homeless as criminals, first of all.”

“If they do something criminal, of course like anybody, they have to be held accountable. But being on the street isn’t criminal,” he said.

The City Council is in the midst of debating amendments to the law — known as Section 56.11 — which allows the seizure of property, including the personal belongings of the homeless, left in public areas. Some advocates for the homeless who had wanted Garcetti to veto the law are now calling for the complete repeal of the law, but some City Council members say Section 56.11 is still needed to give the city the ability to clean up unwanted property, such as trash accumulating around the city. The City Council’s Homelessness and Poverty Committee on Wednesday August 26 supported removal of misdemeanor penalties and fines from the law. The panel decided against a proposal to suspend the law as the amendments are being worked out.

Any amendments adopted by the committee would need the approval of the full, 15-member City Council. 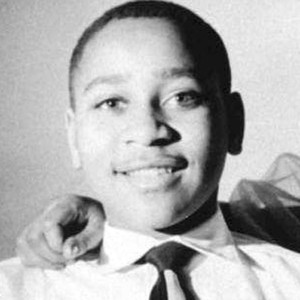 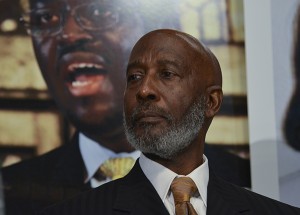 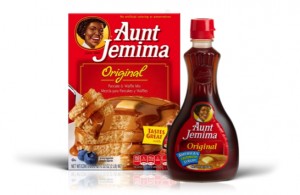 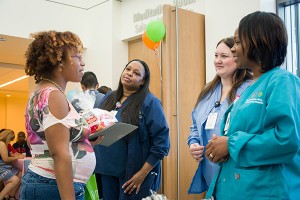 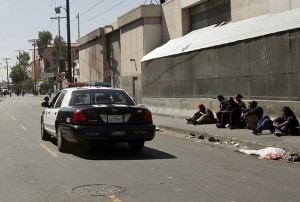 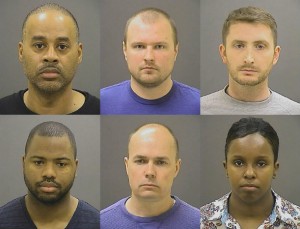