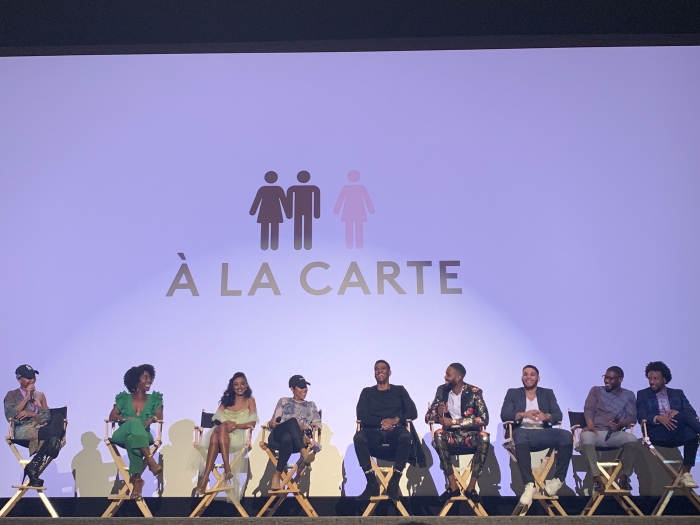 Innovative entertainers, artists, and entrepreneurs came out to celebrate the pilot screening of a new independent production about being young, Black, and single in Los Angeles. Á La Carte, which is produced, directed, and written by Black millennial creatives premiered at the Harmony Gold Theater in Hollywood on Saturday night, June 8. The premiere was followed by a Q&A moderated by actress Meagan Good and a mixer sponsored by Hennessy and Chef Dell’s Catering.

Á La Carte centers around an ambitious fashion assistant, Mahogany, who is fresh out of college and finding her way around the dating scene in Los Angeles. She thinks that she has found the perfect man, that is until she finds out that he is in a relationship. Mahogany soon finds herself Á La Carte. Along the way, we meet her three best friends who are all leading different dating lives, her insane boss, and her previous love interests. The raw, edgy dramedy is not only a story on dating but also a representation of working together, pulling resources, and taking a leap of faith. 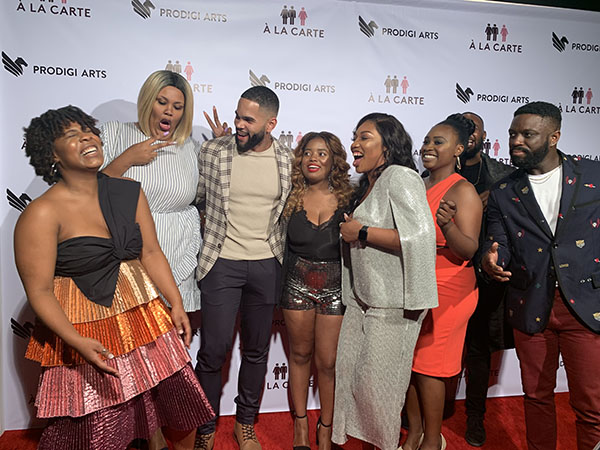 The production team of Á La Carte is all smile at the red carpet, Hollywood premiere.
(Photo Credit: Shannen Hill)

The creator and writer, Breanna Hogan, graduated from Howard University just a few years ago and moved out to Los Angeles to be a publicist. She started writing about her own dating experiences and it turned into a whole script loosely based on her life. As a first- time screen-writer, Hogan called on the innovative, hardworking people she met over the years to make this show a reality.

“The overwhelming support has been amazing. I can’t imagine working with a better crew or better cast,” said Hogan. “Everyone coming together for Á La Carte was divine, but it was also rooted in me knowing so many likeminded creative Black people who have that same drive and want to create things on their own and not wait for Hollywood.” 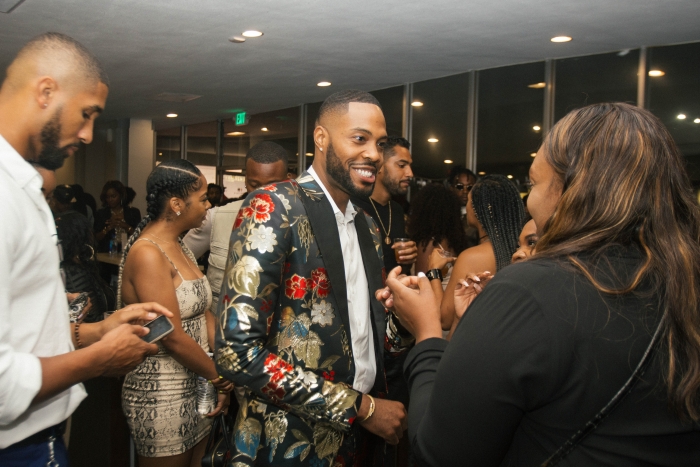 Hogan’s connections started with her college friend turned boyfriend, Jeredon O’Conner, who offered to do the cinematography and his brother Chris O’Conner who came on as an executive producer with his independent Black-owned production company Prodigi Arts.

Arts. Everyone involved was willing to take a risk and try something new, including first-time director Dijon Talton. Talton is an actor and singer, and cousin of Meagan Good. He gave Meagan her first directing opportunity with directing one of his music videos a few years back and was inspired to try it out for himself. It’s a family affair as his other cousin, La’Myia Good, is an actress in the series, playing the crazy boss, and her husband Grammy Award Winner Eric Bellinger is the Music Supervisor of the show. 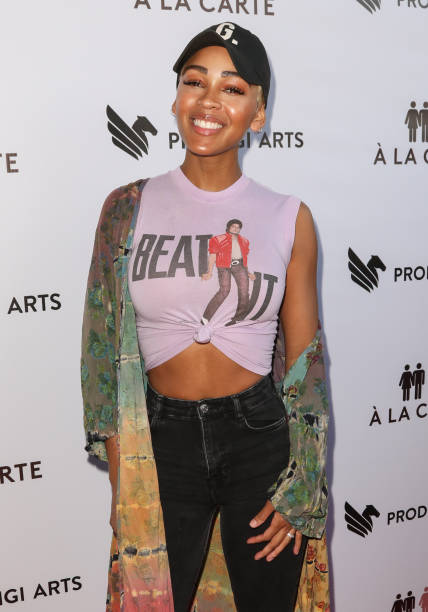 “I wanted to direct Á La Carte because it’s a good story. It’s a story about human beings and how we’re all flawed but still nuanced, graceful, and beautiful in the midst of it,” said Talton. “And then my family and friends all get to be part of it, so it became a labor of love.”

The entire cast and crew have become friends and family through this Black-owned production.

While the production of the Á La Carte pilot was almost entirely made up of people of color, the cast and crew show the diaspora through people of multiple Black backgrounds around the world. This was pointed out during the Q&A by Amanda Frezar, who plays Mahogany. 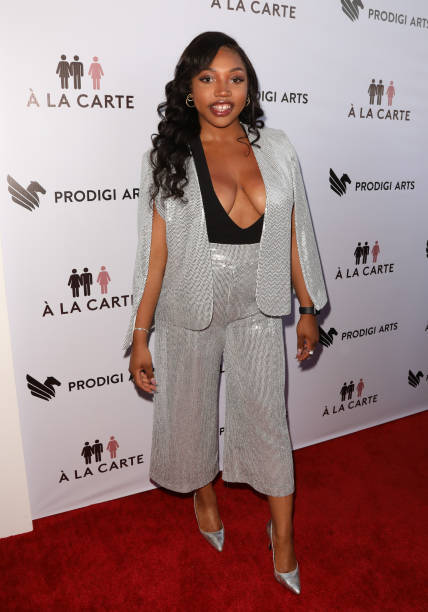 “To have the opportunity to work with this wide spectrum of Black individuals is amazing. I’m Ethiopian and there are a ton of different nationalities working on this show,” said Frezar. “I notice, especially in this country, that we encapsulate what Black is when it is a wide spectrum. We need to embrace every single type of Blackness because we all come from Africa. Systemic division is real, but we are all one.”

During the Q&A, Meagan Good also led the cast and production team into discussions on their dating lives, social media, and the faith that it takes to work in the entertainment industry. 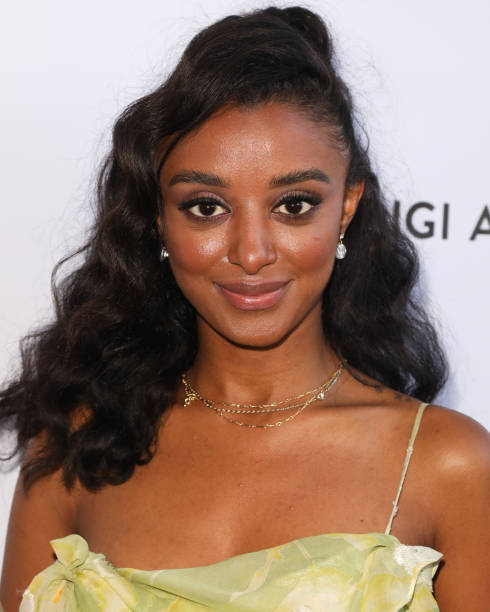 “From the outside looking in, it seems like everything just happens easily. People don’t know that every day is a faith walk in this business. No matter how big you get, every project is a faith walk,” said Good.

The night ended with jerk chicken and Hennessy. Audience member networked while enjoying fig jerk chicken, white truffle mac and cheese, curry chicken sliders, smoked salmon, and more from Chef Dell’s Catering along with Hennesy drinks inspired by popular lines in the show. Throughout the night, the audience laughed and raved about Á La Carte. So far, six episodes have been written and the show is being shopped around to different platforms. For more information about Á La Carte, visit the series on Instagram @alacarte_theseries or on Facebook @alacartetheseries. 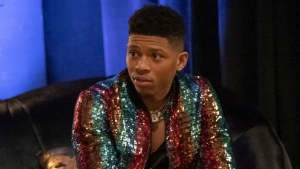 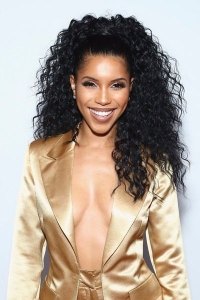