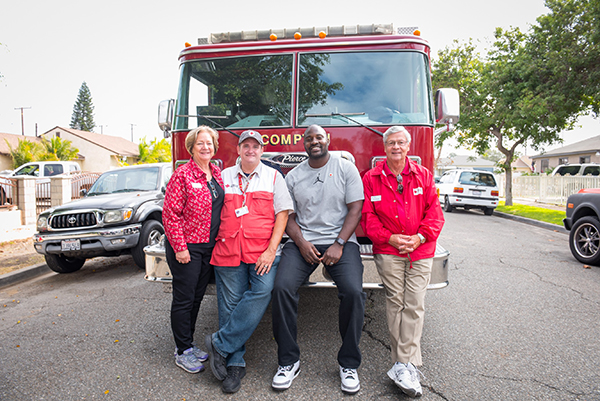 At a press conference prior to the smoke alarm installations, Wiley talked about his reason for joining the Red Cross Home Fire Campaign and the importance of the initiative. “Over the past 18 months, the Compton Fire Department has called the American Red Cross 41 times to assist with home fires in Compton,” he said. “I’m proud to be back home in my community, installing free smoke alarms, making fire escape plans, saving lives. ” 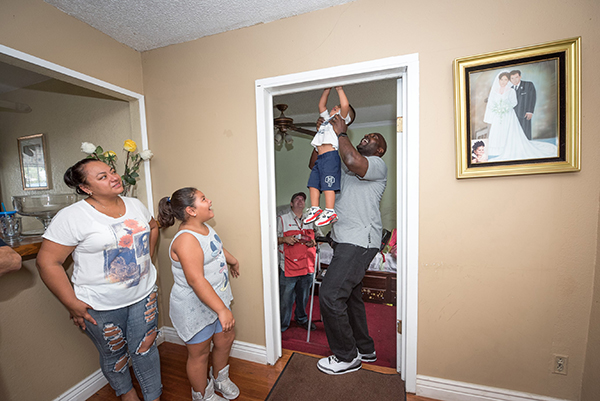 Three free smoke alarms were installed in the home of Francisco Romero and Violeta Lopez. The family made first fire escape plan with Marcellus Wiley. (photo by Mimi Teller)

“You may have as little as two minutes to escape a burning home before being succumbed by toxic fumes or fire. You don’t have time to think, only to react. Studies show, and fire experts agree, that having working smoke alarms in your home can increase your chance of surviving a home fire by 50 percent,” said Jarrett Barrios, CEO for the American Red Cross Los Angeles Region.

The Compton event is part of the American Red Cross’ PrepareSoCal campaign, which focuses on the needs of individuals and families to prepare for disasters, small and large, and to promote community resiliency within the most vulnerable communities. The Red Cross Home Fire Preparedness efforts aim to reduce home fire deaths and injuries across the nation by 25 percent over the next five years. On average home fires occur two-to-three times a day in the Los Angeles area.

The American Red Cross responds to nearly 70,000 disasters a year and most of these are home fires.  To date, the Red Cross Los Angeles Region has installed 9,000 smoke alarms in vulnerable communities throughout the L.A. area. 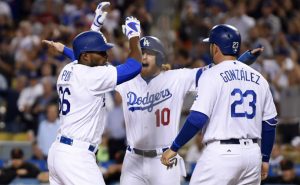 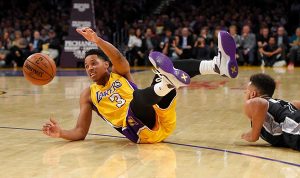 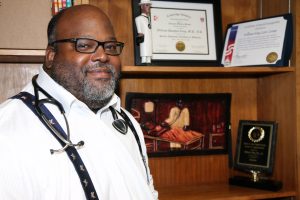 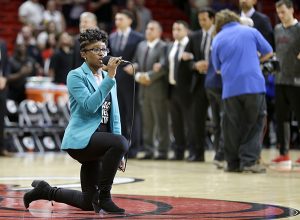 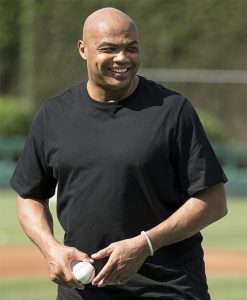 Charles Barkley has something to say about race in America