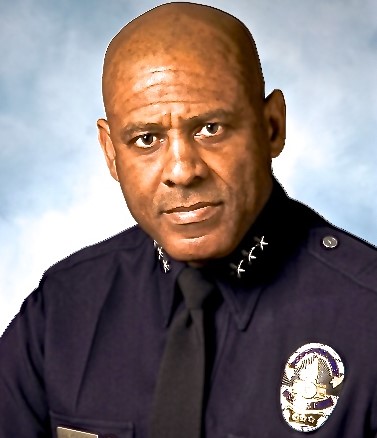 “Earl Paysinger’s passion for the LAPD was only outweighed by his love for his family,” the department said in a press release announcing his passing. (LAPD)

Funeral services were pending for Earl Paysinger, the former first assistant chief of the Los Angeles Police Department, and later vice president of civic engagement at USC, who died at the age of 64.

Paysinger died Monday surrounded by family and friends, according to the LAPD.

“Tonight we lost a champion,” LAPD Chief Michel Moore tweeted Monday evening. “ECP will always be three letters for a man with a tireless work ethic who knew cops count. Who cared deeply for our communities’ youth. A professional I respected for his dedication to his family, faith and convictions.

“Rest in peace my brother.”

Mayor Eric Garcetti echoed Moore’s sentiments, tweeting that Paysinger “embodied everything a police officer should be: a strong, humble, selfless leader who always put young people and the community first.

“My thoughts are with his loving family and all who loved and admired this (LAPD) giant,” the mayor wrote.
City Attorney Mike Feuer shared his thoughts on Twitter.

“Earl Paysinger was a terrific public servant,” Feuer wrote. “He dedicated his life to public safety. I was honored that he served as a member of our Blue Ribbon Panel on School Safety. I was privileged to know him. He will be deeply missed.”

“I worked with Chief Paysinger… to reduce crime in Watts and the Harbor Area,” Hahn tweeted. “He dedicated his life to serving the communities he loved and he earned their respect every day. My prayers are with his wife and sons. May he Rest In Peace.” 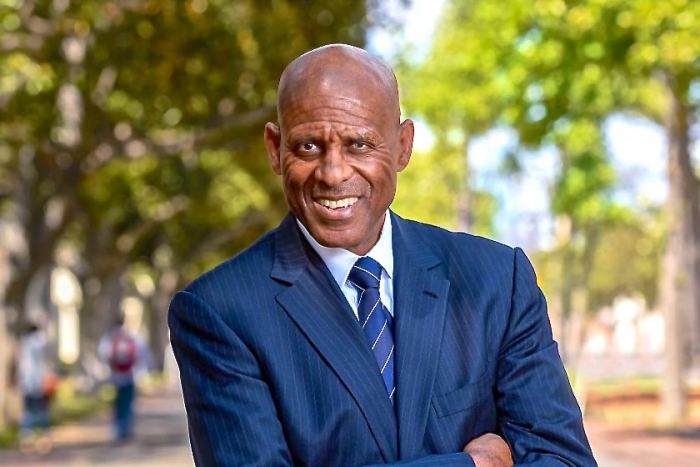 Earl Paysinger, who was a pillar of the LAPD before joining USC, died Monday at 64. (USC)

“Saddened to learn of the passing of former LAPD Asst. Chief Earl Paysinger,” Yaroslavsky said. “He was a true partner in making (Los Angeles) a safer place through community policing and respect for all our citizens. A class act with a great legacy. RIP.”

A release from the LAPD said Paysinger “dedicated his life to making Los Angeles the safest big city in America with his laser focus mission to reduce violence and victimization.”

“But he will mostly be remembered by Angelenos for his ability to foster public trust,” according to the LAPD. “Community policing was in his DNA as he championed youth programs, meaningful community engagement and greater police accountability. Paysinger was particularly proud to be the architect of the `Youth First’ campaign which provided mentorship, resources, and opportunities to more than 10,000 youth in our city. He also revamped the LAPD Cadet Leadership program that promotes education, leadership, self-esteem, and a sense of well-being for the youth in our communities. Under his direction the cadet program grew from fewer than 500 cadets in the 2000s to nearly 1,500 today.”

Paysinger retired from the LAPD in 2016, “but service was still in his soul as he joined the University of Southern California in the role of vice president of civic engagement,” according to the LAPD.

In 2016, then-LAPD Chief Charlie Beck congratulated Paysinger on his retirement and appointment at USC.

“I am very proud of the achievements Paysinger was able to achieve during his career with the Los Angeles Police Department,” Beck said. “He has truly left his mark upon the LAPD, and we are all grateful.”

During his time with the LAPD, Paysinger focused on crime prevention and community engagement, according to LAPD spokesman, Tony Im.

“It is fitting that Paysinger is appointed to the position of vice president of civic engagement (for USC), because that is exactly what he has demonstrated throughout his career with LAPD,” Im said. “His leadership and sensibilities will serve both the University of Southern California and the Los Angeles Police Department, as we continue to partner to build a stronger community where people live, work, educate and thrive without the fear or incidence of crime.”