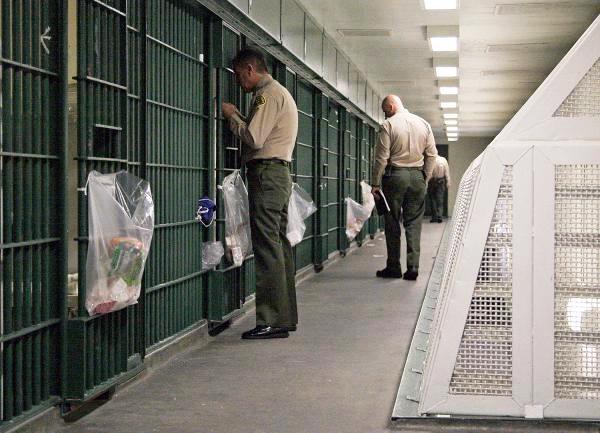 In its opinion, a panel of the U.S. 9th Circuit Court of Appeals found that jury instructions delivered by a lower court judge were correct and did not misstate essential elements of the charges against the defendants at trials two years ago.

“These juries were properly instructed, and accepted the government’s position,” Judge Ferdinand F. Fernandez wrote for the panel.

Attorneys for the former lieutenants, sergeants and deputies argued their appeals last month in Pasadena, asking the three-judge panel to reverse the jury’s guilty verdicts.

Leavins, Craig and Long were members of the Internal Criminal Investigations Bureau, a unit that investigates criminal activity by sheriff’s department employees. Leavins was a lieutenant, while Craig and Long were sergeants. Thompson was a lieutenant who oversaw Operation Safe Jails, a division that investigates inmates, while Smith, Manzo and Sexton were deputies within the unit.

Smith, Manzo, Long, Craig, Leavins and Thompson were all convicted of conspiracy and obstruction of justice in July 2014. Long and Craig were also convicted of making false statements. Sexton, who was tried separately, was convicted on all counts after his first trial ended in a mistrial.

“There is little dispute about what appellants did, but a good deal of conflict about why they did it — their intent, their motives, their purposes,” Fernandez concluded. “They say that all was done for benign purposes, but the government says that what they did was for criminal purposes. Ultimately, a properly instructed jury had to decide whose narrative it believed.”

The case stemmed from a covert FBI investigation into corruption and brutality by jail deputies. After sheriff’s officials discovered that an inmate, Anthony Brown, was an FBI informant, they booked him under false names and moved him to different locations. They also went to the home of an FBI agent and threatened her with arrest.

Former Los Angeles County Sheriff Lee Baca, who ran the nation’s largest sheriff’s department for 16 years, is expected to be indicted in the coming weeks on charges growing out of the case.

On Monday, Baca withdrew a guilty plea to a charge of lying to investigators about his knowledge of the plan to threaten the FBI agent. The judge indicated that if Baca went forward with sentencing on the false statements charge — which carries a five-year maximum sentence — the retired lawman’s punishment would be far more severe than the six months imprisonment called for in the plea deal.

Baca, who is in the early stages of Alzheimer’s disease, is expected to be charged with obstruction of justice and conspiracy in addition to the prior false statements charge.

His former top deputy, Paul Tanaka, was convicted on similar charges and sentenced to five years earlier this year. Tanaka is free pending appeal before the 9th Circuit. He is due to report to prison Oct. 3.

Attorneys for the seven ex-sheriff’s officials may now request a rehearing before a full panel of circuit court judges.