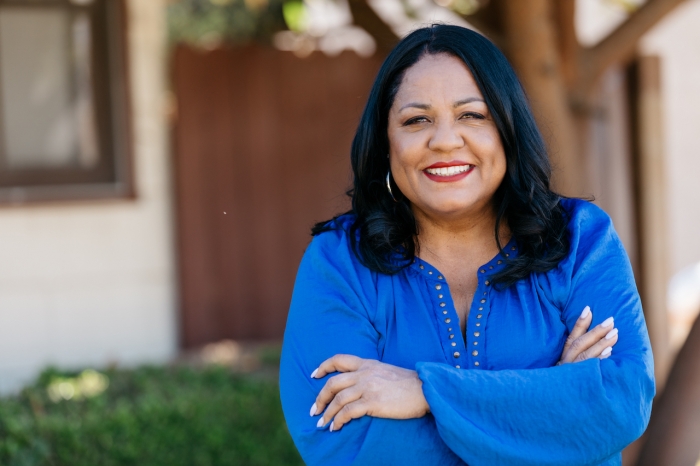 Public service needs a balanced voice in leadership; former California State Director, Heather Hutt has devoted her focus to equity and proper representation in the halls of civic duty. She has been an amplified voice for Black women and wants to use her influence to bring on social change within the 54th District.

As Hutt runs for state assemblymember, she stands on the principle of widening the perspective in every government department, starting in her own regional jurisdiction in California. The voice of the Black community needs to be heard from all angles.

The areas within the 54th District include Culver City, Ladera, Leimert Park, Windsor Hills, and West Los Angeles. Each city is teeming with diverse cultures; Hutt is familiar with those terrains and has seen their opportunity for development firsthand. Growing up in Leimert Park, Hutt is armored to stand for the broad range of issues that trouble those areas.

Hutt’s life’s energy went into streams of activism and bringing a sense of focus to the diversity found within the collective community. She was the first Black U.S. Senate State Director in California’s history, having served as an extended arm of the Harris administration. As a leader in legislation, Hutt participated in different areas of political operations.

Hutt reflected on her term as state director; she worked under Vice President Kamala Harris when she served in the Senate. Hutt mentioned that her predecessor, Julie Chávez Rodriguez, granddaughter of the American labor activist, César Chávez, was the first Latinx woman to serve as California State Director.

Hutt credited the diversity seen within the role to Harris, bringing a coalition of women together in a political setting. Hutt said, “We were a women-heavy senate office and that was really exciting.” As the nation witnessed the first Black Woman vice president take her position in the Oval Office, the glass ceiling continued to shatter as Harris catapulted other women in positions of power, such as Hutt.

The former California State Director dissected the work ethic of women, applauding the strategy she seen among her colleagues. She described the senate office environment as a place where one felt respected.

In her role, Hutt oversaw Harris’ staff that were placed in five different California offices. This included areas such as Sacramento, San Francisco, Fresno, San Diego, and Los Angeles, according to a profile article found on 2Urbangirls.com.

Resolving a problem from different angles leads to a well-rounded solution. Hutt has been involved in many different crucial issues; her voice echoed concerns about the environment, discussing implicit bias in healthcare, and advocating for DACA recipients to have fair rights.

Focusing on healthcare, Hutt mentioned that Black Women have seen a biased treatment within the medical system. Patterns that are being studied include, higher injury and maternal mortality rates, underrepresentation in clinical trials, and a higher level of disparity in infertility rates.

According to the national organization, Black Women’s Health Imperative, Black women are four times more likely to die from pregnancy-related issues than White women. Hutt emphasized that personal background was not the main variable, the problem derived from the color of one’s skin.

Hutt said, “In studying the data, you have to get the understanding of the ‘why’—like, why is that?” She described the discomfort behind healthcare that lies within the Black community, it may not be easy to receive, or trust the care one needs during pregnancy.

Targeting a resolution, Hutt held focused round table gatherings across the state. Pregnant women and large hospital organizations would come together to have a conversation about the face of healthcare for women of color.

Hutt said, “We find that Black women are treated differently, that they have a greater death rate than any other race, they are paid less, and they have bigger stressors.” Hutt described her process in finding out how to face this concern head-on.

According to the U.S. National Library of Medicine, “Race/ethnicity, gender, and socioeconomic position are three social status categories that lead to the differential distribution of health risks and thus to variation in the rates of disease in society.”

There is a need for reconditioning within the medical system; Hutt explained the solution lies within implicit bias training for healthcare personnel. Hutt said, “There needs to be funds for implicit bias training in the hospitals so that people who are attending to you, attended to you in a more human way.”

Implicit bias training will bring a perspective that will cover everyone’s health concerns, eradicating the idea of different levels of pain tolerance based on their race.

Looking at the resiliency of the people who lived in different L.A. neighborhoods, Hutt brought attention to community resources for those impacted by AB109 Re-Entry, the public safety realignment that shifted the responsibility of people facing lower-level incarceration charges from state leadership to the county. Hutt used her mind to focus on the voices that otherwise would have been blocked by the red tape of local politics.

Hutt has developed her platform from her time as the California Democratic Party delegate (CDP) and Treasurer of the CDP Black Caucus. Her mind has connected to different levels of leadership; sharing a unique standing on the concerns funneled through work encompassed by civil rights.

The perspective of Black women is needed in all parts of government; Hutt is carrying a viewpoint that captures a different side to this continuous narrative of America, one that represents women of color. Hutt said, “You need the Black women’s perspective for balance; how can Black women elect the president of the United States, but we don’t have representation here?” It is vital to have civic leadership reflect the communities that they look to serve.

Hutt leads with a sense of balance; it exists as evidence found in her work. Being in close counters with Vice President Harris, Hutt reaffirmed that there is nothing too small or too big; all concerns are critical when it comes to the quality of life.

Looking at the possibilities for change, Hutt is taking her experience and applying it to a broader scale. Her voice could be heard on a larger platform, as she chants for change. Civic duty needs a balanced perspective, the former California State Director continues to devote her life’s energy to providing a new perspective, one that includes women of color.

Hutt is looking to increase the representation of 400,000 people as state assemblymember of the 54th District and strengthen the viewpoints that would echo the concerns for people of color, specifically Black women. Her focus will continue to be on issues that affect the overall quality of life and look at opportunities that promote equitable change. Voting for Hutt, is voting for increased representation for the community.