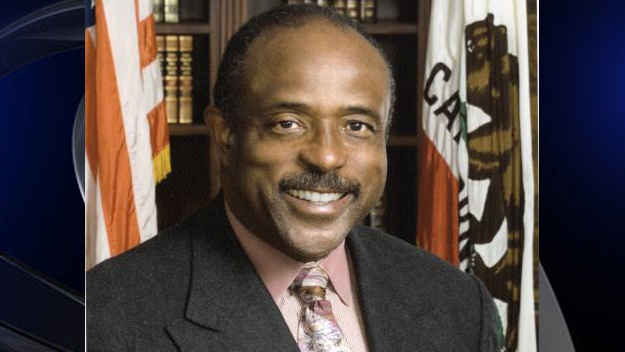 Wright “has shown that since his release from custody, he has lived an honest and upright life, exhibited good moral character, and conducted himself as a law-abiding citizen,” Brown wrote in his pardon message.

A Los Angeles County jury in 2014 determined that state Sen. Roderick Wright lived outside the district he represented and convicted him of voter fraud and perjury.

Some lawmakers at the time defended Wright, saying state law was ambiguous about the issue.

The justices did not object to a pardon for Wright in a letter to the governor. They did not publicly explain their decision.

In a March order, the court clarified that its role is not to take a position on whether the governor should extend clemency to someone but whether such action would represent an abuse of power.

The justices’ decision came after the governor’s legal affairs secretary, Peter Krause, sought the court’s input last month. Wright presented a “favorable case for a pardon,” Krause said in a letter to the justices in October, saying the Legislature has since clarified the law about a politician’s residence.

Krause also cited a parole board determination that what Wright did would be legal under the bill lawmakers passed. The board in September recommended a pardon for Wright.

Wright was sentenced to 90 days in jail then released almost immediately.

The California Supreme Court’s decision was first reported by the Los Angeles Times .

A call to what appeared to be a listing for Wright was not immediately returned. He told the newspaper recently that he believes he complied with state law.

“I’m certainly sorry for the challenges I brought forth in terms of questions about my house, and I take full responsibility,” Wright told the newspaper. “I thought I was correct, but the jury didn’t agree with me.”