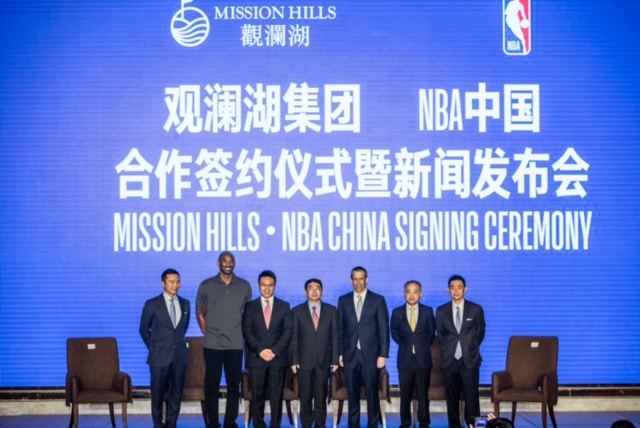 Five-time NBA Champion and 18-time NBA All-Star Kobe Bryant joined Mission Hills Group and NBA China today to announce a multiyear partnership to design, develop and operate China’s first NBA Basketball School as well as an NBA interactive experience and store in Haikou, Hainan Province.
The NBA Basketball School – Mission Hills Haikou will be open to male and female players, from junior level to professionals. Construction of the facility will begin later this year and will be completed in 2019.

“I am excited to be in Haikou to celebrate the great partnership between NBA China and Mission Hills Group,” Bryant said. “The Chinese youth will benefit from a complete approach to player development that combines NBA-quality coaching with NBA-level training. I believe this partnership will lift the game of basketball to a higher level in China.”

The school will include six indoor courts and other state-of-the-art facilities. Mission Hills Group will be responsible for designing and building the school, while NBA China will operate and staff the facility with NBA-trained coaches and provide the basketball development curriculum. NBA players and legends will visit the school to provide additional instruction and help foster player development.

“For four decades now, my family and I have been committed to sports in China, including golf, tennis and football, and now our commitment is to providing a platform for a future generation of Chinese basketball players,” chairman Chu said. “As the world’s largest fully-integrated resort, we couldn’t be more excited to team up with the world’s largest professional basketball league to invest in the future of basketball in China, providing the Chinese people with access to an active and healthy lifestyle and help unearth future Chinese NBA stars.” 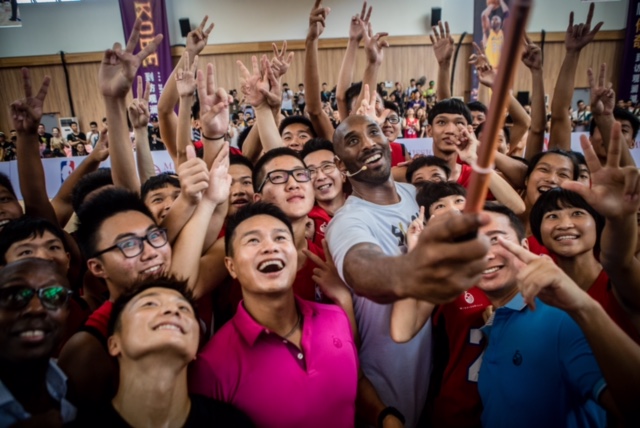 Additionally, Mission Hills Golf Club will become a promotional partner of NBA China Games 2017 that will feature the Golden State Warriors and the Minnesota Timberwolves playing Oct. 5 in Shenzhen at the Shenzhen Universiade Center, followed by a rematch in Shanghai at the Mercedes-Benz Arena on Oct. 8.

“This groundbreaking NBA Basketball School in Haikou further builds upon on our commitment to developing young basketball talent in China,” Shoemaker said. “We are delighted that Mission Hills Group shares our vision and are thrilled to have the opportunity to contribute to the government’s pledge to grow a sporting culture in Hainan Province.”

Additionally, NBA China continues to work with China’s Ministry of Education (MOE) on a basketball curriculum jointly developed by the MOE and the NBA incorporating fitness and basketball development in elementary, middle and high schools throughout China. This year, the program will expand to 2,000 schools across 15 provinces and municipalities. During the 2016-17 school year, more than half a million students from 525 schools across 11 provinces and municipalities participated in basketball classes using the curriculum. The first NBA training center was formed in 2011 in partnership with the Shenzhen Leopards of the CBA and, together with the NBA-CBA joint coaching program, the center has helped train more than 11,000 youth and coaches.

NBA Basketball School is a network of tuition-based development programs around the world open to male and female players ages 6-18 from outside the U.S. The first schools have launched in New Delhi and Mumbai.