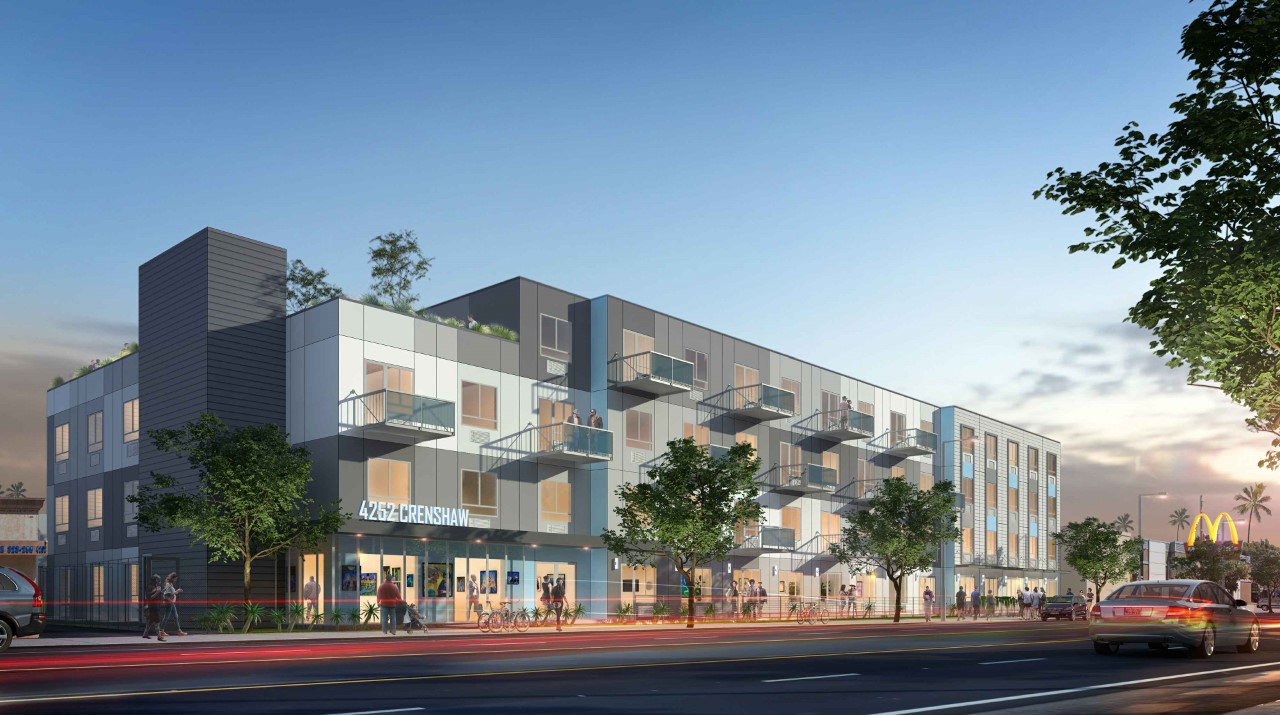 4252 Crenshaw, which included the demolition of an existing one-story automobile repair center, is a four-story building featuring 111 residential units and 13 live/work units. The successful completion of 4252 Crenshaw can be, in large part, attributed to the several year long community engagement effort focused on incorporating feedback and ideas from local stakeholders.

Opening in late-November, the 4252 Crenshaw apartments will sit just steps away from the Leimert Park Station on the Crenshaw Line. With a promise to be modern and modular, this newly built complex will include a number of luxury amenities: a rooftop deck with a fire pit, dedicated 300MB/second internet speed for each tenant, a courtyard with BBQs and seating for picnics, bike parking, a business center, elevators, trash chutes, and much more. Despite its proximity to transit and an abundance of amenities, 4252 Crenshaw lists starting rent for the residential units as under $1,400, which is unheard of for any new project built in Los Angeles.

Universal Standard Housing says 4252 Crenshaw was built with the transit-oriented, moderate-income individual in mind, where new, amenity-rich units are had without compromising affordability or the integrity of the community. In order to understand how to best meet the needs of Crenshaw’s residents, Universal Standard Housing engaged in a multi-step community engagement process where they met with community members and worked with local leaders to identify ways to add value.

Starting in 2017, Universal Standard Housing met with community leaders in the Leimert Park community to inform the community about the planned project at 4252 Crenshaw. During this time, they met with the McClung Block Club multiple times as well as the ECWA board to ensure ongoing support from local neighborhood groups. Additionally, they had their plans reviewed by the Design Review Board and South LA Chamber of Commerce. 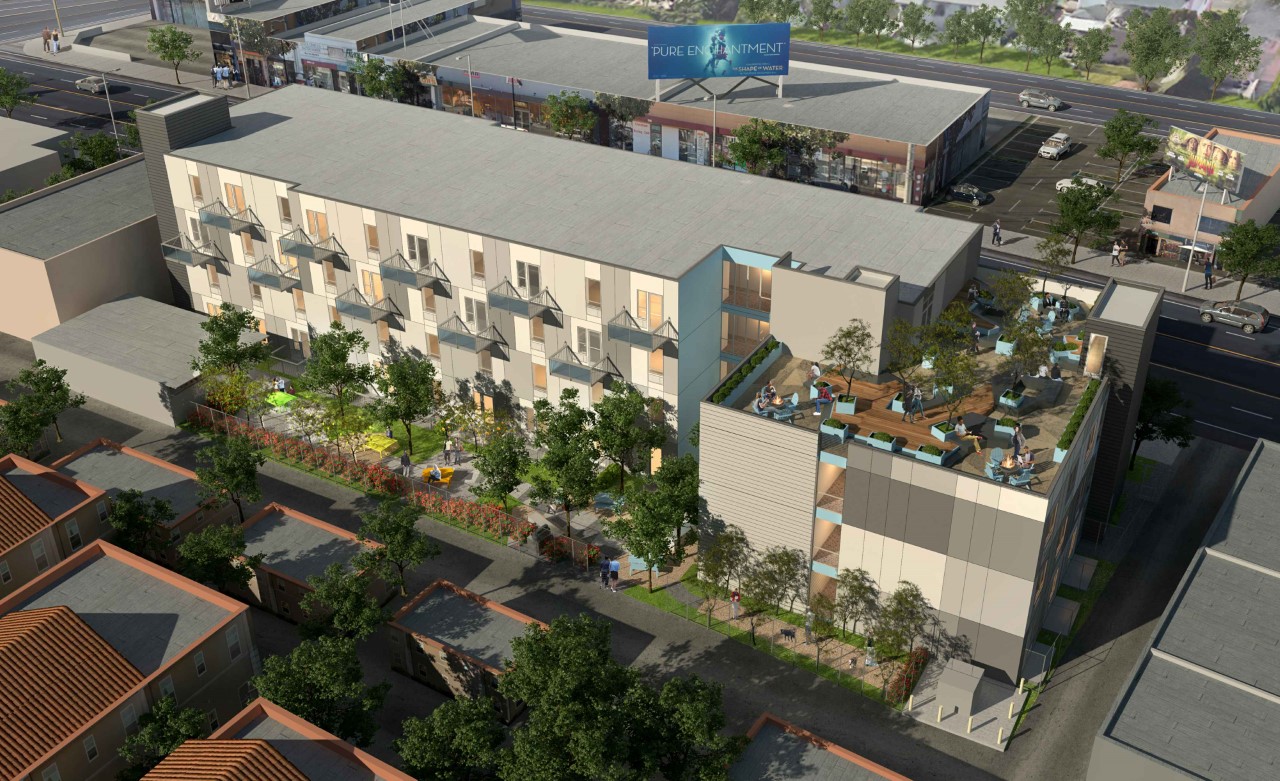 To celebrate one of the project’s construction milestones, Universal Standard Housing hosted a neighborhood block party on June 8, 2019 produced and provided for by local businesses including Miss Everything Entertainment, Dulan’s, Earle’s Grill, as well as Hot and Cool Café. The entertainment included local DJ Coco from KJLH, as well as music from the Fernando Pullum Cultural Center and dance performances from the Lula Washington Dance Theater.

“I am very excited about the new apartments being built at 4252 Crenshaw. I grew up in this neighborhood, my parents still live here and I want to remain close to my family and friends.  This is my neighborhood. Having some brand new apartments right here on Crenshaw will allow me to live in the type of building I want to live in, in the neighborhood I want to live in.  I am very excited to see a major quality apartment building coming to Crenshaw,” stated Allen Moret who recently moved back to Los Angeles after graduating from Loyola University in New Orleans.

Universal Standard Housing was able to secure broad support for the project that was ultimately approved by the City of Los Angeles by investing in the local community and identifying what was most significant. Universal Standard Housing developed a community benefits agreement that would provide the community with a promise for continued support, including a mural on the building by local artists to serve as a voluntary contribution to the Destination Crenshaw initiative. 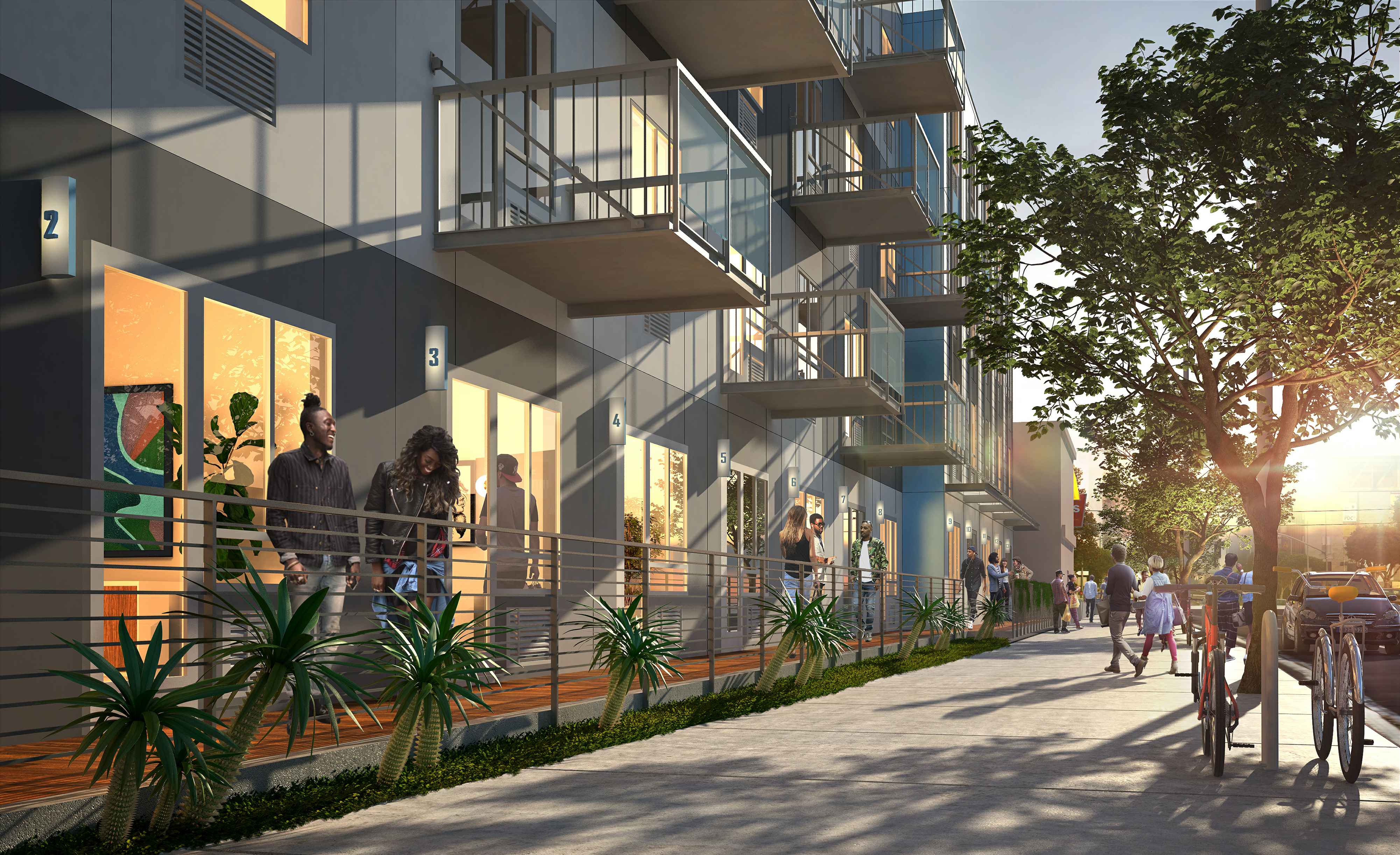 Of additional benefit to the community, Universal Standard Housing will provide financial support for a preferred parking district in the local neighborhood and hire locally, with a focus on marketing the availability of units to local renters, first and foremost.

“This is the community we want to be in. After months spent ingraining ourselves in the life and culture of Crenshaw, we can honestly say that we see ourselves as an extension of the people here and hope that this project will only add value to their daily lives. We look forward to the years ahead spent working, living and playing together in this great city,” said Edu Santana, Vice President of External Relations. 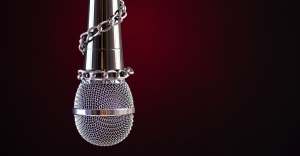 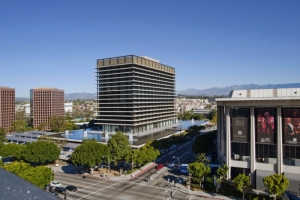 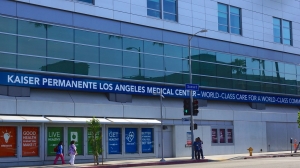 Californians Need Mental Health Care Now More Than Ever. Now is Not the Tim...