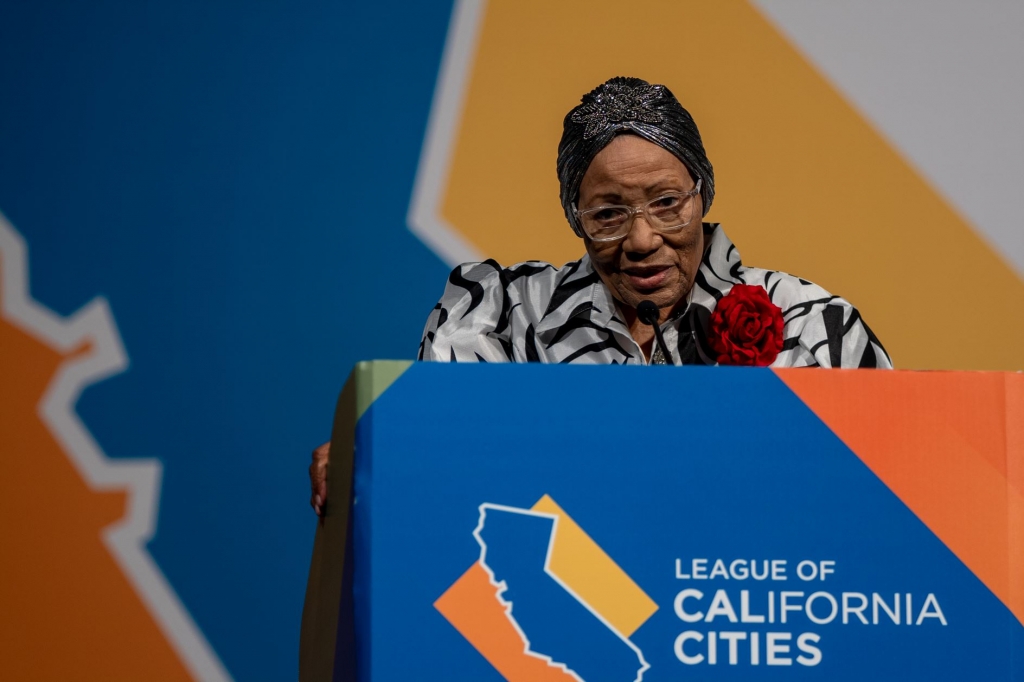 For the first time in history, a Black woman, Sedalia Sanders, was honored by the League of California Cities Past Presidents Council with its 2022 Past Presidents Lifetime Achievement Award.

Sanders has had a lifetime of firsts, pushing boundaries in local politics. As a past president of the California League of Cities, elected in 1995, she was given the President’s Council’s highest honor at the opening of the organization’s three-day conference last Wednesday, at the Long Beach Convention Center.

On stage were some of the past winners — but no African Americans. Cheryl Viegas Walker, also a past president of the league, presented the award.

Sanders delivered her acceptance speech with a combination of wit and humor. Thanking the audience for coming, she asked those who did not come to see her to “refrain from saying so.” Her speech recalled events of the last 80 years of her life and how they contributed to making her “part of the greatest generation.”

Sanders described her accomplishments as those of a “small town gal” from a “rural community” acknowledging the difficult job of governing, particularly with the recent pandemic. She emphasized the importance of a diverse, fair representation in government. 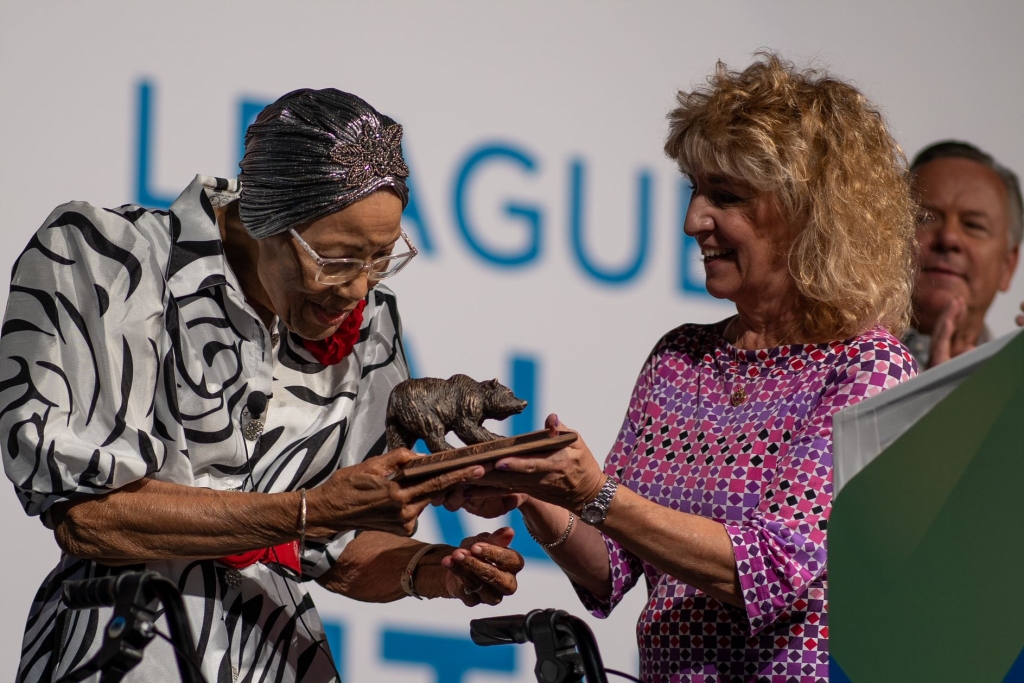 In a moment of reflection backstage, Sanders recalled how her political career began. The mayor of El Centro wanted her on the Board of Trustees of El Centro Community Hospital in 1982 but he warned her that she would need to be appointed to the position.

“This is 20 years after Martin Luther King, Jr. marched on Washington,” said Sanders. “He was killed in ‘63 and people were still worried about whether we (African Americans) have the knowledge, understanding or know-how and education to do this.”

But she persisted. Sanders said she won them over with her willingness to work hard and her tenacity. She went on to win, and defend a seat as a city councilwoman, and later mayor, of El Centro, in Southern California from 1984 to 1999.

Leaders that were inspirational to Sanders at the time included former Los Angeles mayor, Tom Bradley. She remembers meeting him and being asked how she was able to do it. She answered. “it wasn’t easy,” to which Bradley responded, “tell me about it.”

Bradley was the first African American to win the Lifetime Achievement Award. 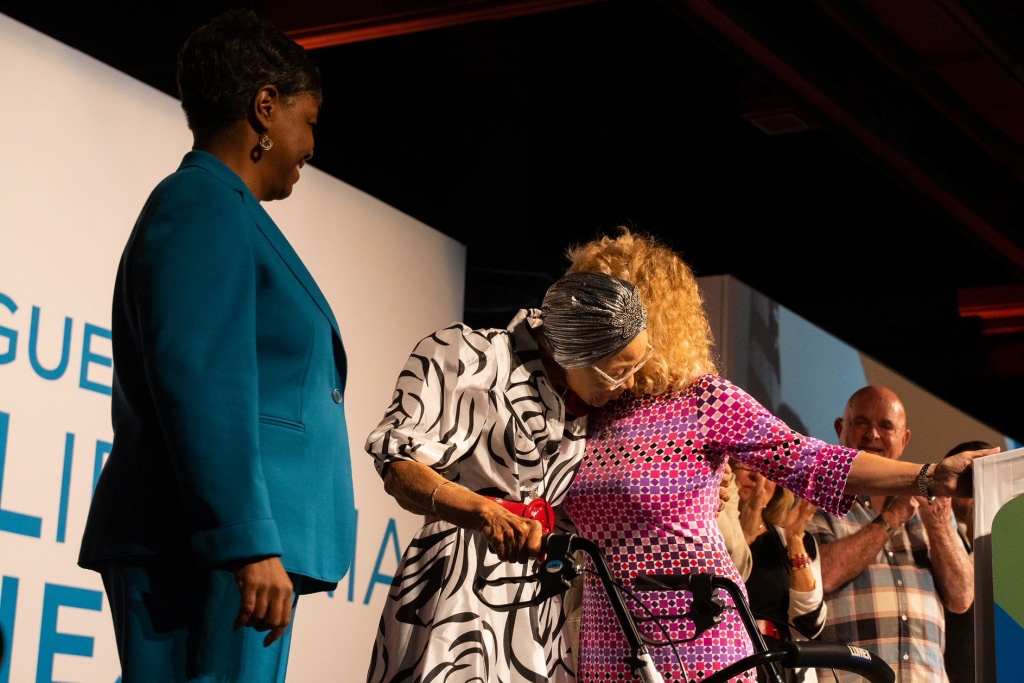 Sanders has achieved a long list of accomplishments and received several awards over 30 years in California politics. She has been mayor of El Centro, the president of the League of California Cities, a two-year member of the Board of Directors of the National League of Cities, a member of the Taskforce on Rural Competitiveness appointed by Gov. Pete Wilson, and the Vice-Chair of the Rural Development Council.

Hard work and faith were what Sanders says got her through some of the most contentious parts of her political career. Now in her eighties, she is not done yet. She has been reappointed by Gov. Newsom to the Executive Committee of the California Commission on Aging Commission, where she has been serving since 2016.

For Sanders, the message is clear— no one should be told they are not as good as someone else. Everyone should be able to participate in the governing process.

“What I’m hopeful for is that the presentation I made today in my acceptance speech will inspire someone so that they can see that they can do this.”