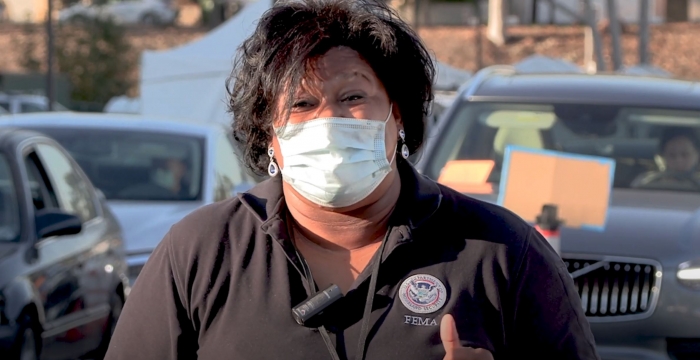 The COVID-19 vaccination site at California State University, Los Angeles (CSULA) expected to close on April 11 after an eight-week run. The site orchestrated by FEMA and the state of California was part of a pilot program to vaccinate hardest-hit communities, with the Cal State L.A. and Oakland locations as the first to take on the task. However, Gov. Gavin Newsom announced on April 1 that the city would begin running the site by April 12.

A recent vaxfacts press release by Mayor Eric Garcetti shared that the site will be lead by the Los Angeles Fire Department with additional assistance by Community Organized Relief Effort and locally contracted individuals from FEMA and CalOES.

Within 20 days of its establishment, the Cal State L.A. site vaccinated over 140,000 individuals, according to a FEMA correspondent. By the end of the eight weeks, FEMA Media Relations Specialist La-Tanga Hopes said they projected to reach 300,000 doses.

“We wanted to make sure that we provided support in hard to reach neighborhoods, and we’ve been able to achieve that goal,” Hopes said before the end of FEMA’s operation of Cal State L.A. “And we’re going to continue working at that as we continue to work across the country.”

The vaccination sites were part of Joe Biden’s plan to open 100 federally-supported vaccination centers across the nation within 100 days. The Cal State L.A. site that opened on Feb. 16 included a drive-through and pedestrian walk-up site for people to get vaccinated.

By partnering with local community-based organizations like the United Farmers Workers, United Grocery Workers Union and LA Urban League, the Los Angeles site was able to reach out to the community members who have been heavily impacted through Mobile Vaccination Clinics.

The three mobile clinics brought the vaccine to the community instead of centralizing the vaccination efforts to the university campus. For Hopes, it was a way to understand the needs of the community.

“We get a chance to reach across the aisle and work within the communities, within the neighborhoods,” she said about the mobile efforts. “And anytime that you’re going into the community, it’s a very humbling experience because the first thing you have to do is know that they know more than we do. And so we have to pretty much listen and learn so that we can make sure that we’re able to help and support.” 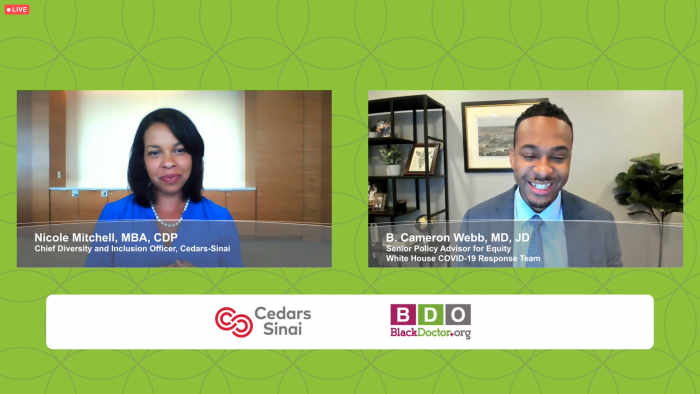 “That was far beyond what we anticipated but we’re considering that as a win because we’re able to do good work in the community,” she said.

In a panel discussion about the COVID-19 vaccine with Cedars-Sinai and BlackDoctors.org, Dr. B. Cameron Webb, senior policy advisor for Equity with the White House COVID-19 Response Team, shared that the mobile sites are an important part of the mass vaccination centers.

“They’re kind of smaller, more nimble efforts to get the vaccine where it needs to go,” Dr. Webb said. “The best way for me to describe it is in a fire, you don’t ask a fire to make its way to the water, you bring the water to the fire. And that’s what our mobile vaccination units are. It’s really bringing vaccines to people who need it.”

He also explained that the mass vaccination centers, like the Cal State L.A. location, are decided by identifying where there is a high-risk community with the most economic disadvantage. How these places are identified is by using what is called the CDC social vulnerability index (SVI). The index ranks counties by 15 social factors that look at aspects like the economic status, racial background, educational background and age of those living in the county. The CDC used this index to rank high, moderate or low social vulnerability counties and assess where vaccine coverage is lacking.

“The places with the highest social vulnerability are the places where we’re looking to put these vast vaccinations that can do 3 to 6000 shots a day and we’re leaving those spots there for eight weeks and we’re making sure we’re getting as many folks vaccinated in those hardest hit, highest-risk communities as possible,” Dr. Webb said.

Hopes felt proud of the number of vaccinations they were able to administer to community members at the Cal State L.A. According to the same vacfacts press release, over 900,000 vaccinations were administered by the City of Los Angeles, almost 5 million across L.A. County and almost 23 million across California. These numbers reflect the vaccinations just at the end of FEMA’s eight weeks operating the Cal State L.A. vaccination site. As the torch passes from FEMA to the City of Los Angeles, more doses will be administered to community member vulnerable to the virus and prepared to take part in protecting the Southern California community.

In addition to the Cal State L.A. location, there are plenty of ways people can get the vaccine in Los Angeles, including city-run sites, health care providers and participating pharmacies. If you are interested in being vaccinated, you can go to myturn.ca.gov or call the California COVID-19 Hotline at 1-833-422-4255.