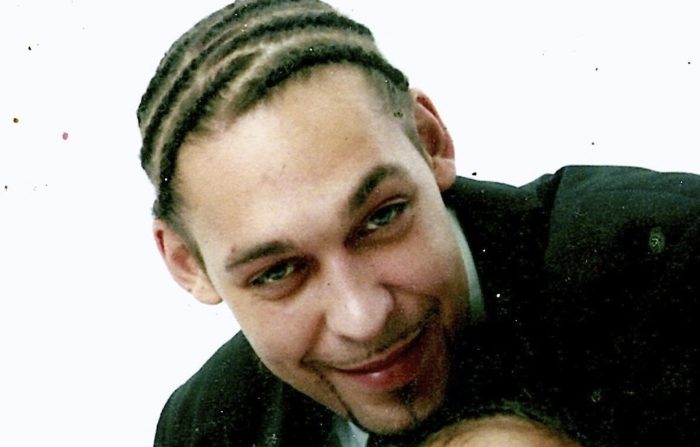 Leonard Thomas, a 30-year-old father, was killed by police. (Courtesy of the Thomas family)

The city of Lakewood, Washington, its police chief and two officers have agreed to pay $13 million to the family of an unarmed Black man who was killed four years ago as he clutched his 4-year-old son following a four-hour standoff.

The Seattle Times reported Friday that the payment would settle a wrongful-death and civil-rights lawsuit stemming from the May 24, 2013 SWAT-team sniper-death of 30-year-old Leonard Thomas.

In 2017, a unanimous verdict by a jury in U.S. District Court in Seattle found the cities of Lakewood and Fife and members of the Pierce County Metro SWAT team committed 14 separate civil-rights violations that night. Thomas never displayed a firearm and never threatened police or his son, according to testimony at trial. No guns were found in his house.

The panel had singled out Lakewood Police Chief Mike Zaro  then an assistant chief  and Lakewood officers Sgt. Brian Markert and Mike Wiley for punitive damages totaling $6.5 million, finding their actions were particularly egregious and led to Thomas’ unnecessary death.

Zaro was in command that night and gave the orders that led to the shooting. Markert, the sniper, shot Thomas in the stomach with a precision high-powered rifle. Wiley led an assault team that blew down the back door of Thomas’ house and killed the family dog, Baxter.

The settlement, which came as the case was being considered by the 9th Circuit Court of Appeals on an appeal by the city, provides that Lakewood will pay just $1 million from its own coffers. The largest portion, $11.5 million, will be paid by the Washington Cities Insurance Authority (WCIA). Fife already settled with the Thomas family and estate for $500,000.  The settlement also includes attorneys’ fees of nearly $2 million.

Thomas’ mother had called police that night, seeking to help her son who was intoxicated after being sober for a year and in crisis over the death of a friend.

The Metro Pierce County SWAT team, a multiagency operation, responded with more than 20 heavily armed officers and an armored vehicle, which they drove onto Thomas’ front yard. Over the next four hours, Thomas repeatedly told police to go away and officers agreed he had committed a misdemeanor assault on his mother at best.

In a statement, the city of Lakewood said that “this agreement does not erase the events that transpired or the lasting effects of Mr. Thomas’ death on his family and the police officers involved, but the city hopes it will provide closure and help everyone move forward with the healing process.”