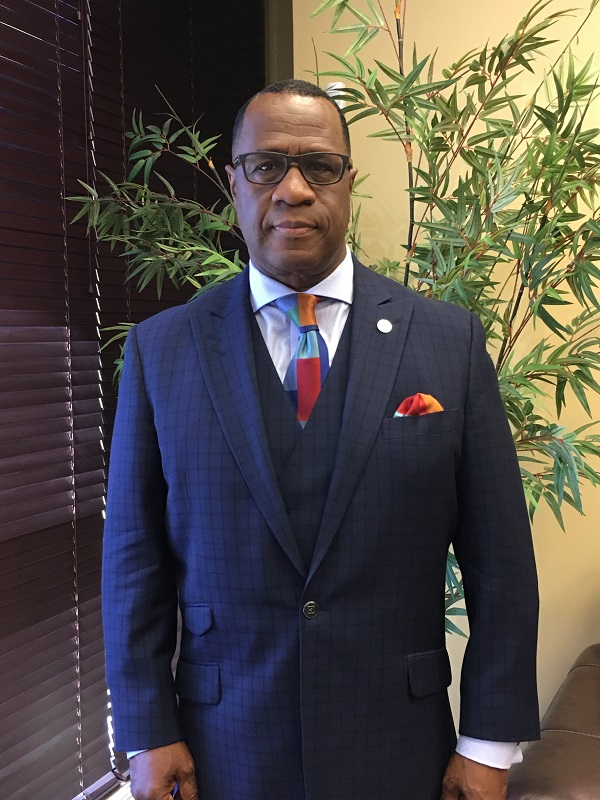 Minister Tony Muhammad, a leader for the Nation of Islam (NOI) and Western Region Representative for the Honorable Minister Louis Farrakhan, sat down with the Sentinel for an exclusive interview to discuss the recent controversy surrounding Farrakhan’s annual Saviours’ Day keynote address given in late February.

“Some in the Jewish community in high places have falsely accused Minister Farrakhan of being anti-Semitic,” said Min. Tony. “He has let us know that he is still under constant attack by the JDL (Jewish Defense League), AIPAC (American Israel Public Affairs Committee) and now the Southern Poverty Law Center has put Farrakhan and the Nation of Islam on its hit list as a hate group.”

On March 13, 2018 Congressman Todd Rikita (Indiana) and Congressman Louie Gohmert (Texas), created and introduced a resolution titled H. RES. 772 which reads as, “Condemning Louis Farrakhan for promoting ideas that create animosity and anger toward Jewish Americans and the Jewish religion.”

Min. Tony shared that attacks against Farrakhan are unfortunately routine but will never deter the leader from speaking his mind and sharing what he knows to be true with followers. But for Min. Tony, what is most upsetting about the recent allegations of hate speech and calling the NOI a hate group is many Black leaders have stayed silent. He feels Black leaders should stand up to support Farrakhan or at least reach out for clarity on the matter.

“What’s sad is that no Black leader has said anything,” said Min. Tony. “Nobody has even questioned it. Why would you put an organization like the Nation of Islam as a hate group? What have we done to promote hate or carry out acts of hate, to list us among the Skin Heads, the Nazis, the Russian Mafia?

“It’s unjustifiable and you can’t find anywhere in our history where we have attacked Caucasians, Jews or any other White organization and or people. What we do is criticize bad behavior. When we criticize Jews, we are criticizing your bad behavior.

“If their behavior is bad, the Honorable Louis Farrakhan has a habit of knowing how to admonish you and at the same time uplift you.”

Min. Tony spoke out against certain Black congressional representatives that have sided with the negative resolution condemning and denouncing Farrakhan. Congresswoman Barbara Lee (California), Congressman Danny K. Davis (Chicago), Congressman Andre Carson (Indiana), Congressman Keith Ellison (Minnesota) and Congressman Gregory Meeks (New York) have sided with the resolution. After hearing a snippet of Farrakhan’s speech in February, Min. Tony shared that many politicians are being pressured by these powerful groups to side against Farrakhan.  Tony said the audio snippet is taken out of context and needs to be listened in its entirety in order to understand the message and hear the truth in the message.

Min. Tony shared that the audio snippet being played of Farrakhan Saviours’ Day speech, you will hear Farrakhan explaining he has been asking for a meeting with the Jewish community because he is constantly called anti-Semitic and homophobic. Tony shared that Farrakhan recognizes there are good Jews but also there are Jews that are his enemy and said in the audio snippet the FBI (Federal Bureau of Investigation) is his enemy and that if they continue to attack legitimate Black leaders, “White folks you are going down.”

“I have to say, I thank God for {Congresswoman} Maxine Waters and Congresswoman Karen Bass,” said Tony. “I think our Black politicians should stand down. Minister Farrakhan will take a call from a Maxine Waters or Karen Bass. He will stop what he’s doing… come and correct him, he’s told them. But don’t let anyone tell you I’ve done something wrong without checking.

“I’ve watched him give money to the SCLC (Southern Christian Leadership Conference) when they were about to close their doors. He supported the Urban League. Here’s a man who put together a Million Man March and didn’t just make it a Muslim march, but a people’s march.

“We have a reputation for standing up for our community. Just like the Jews someone has to stand up for us and say never again.”

Min. Tony feels that all of the negative publicity surrounding Minister Farrkhan and the NOI has come about because of three books that Farrakhan and the NOI put out titled, “The Secret Relationship Between Blacks and Jews.”

“Since the Jewish community is trying to prove that we’re anti-Semitic, we’re proving that they’re anti-Black,” said Tony. “We went into the Jewish libraries and found what their scholars have said about the role they played in our demise and continue to do so today.

“Minister Farrakhan took those books and sent them to every Congress person, every Senator, he sent them to every President, he sent it to every Jewish organization, over 100 rabbis showing them here is what your rabbinical scholars and here is what some of your Jewish scholars have said about the role you all have played in destroying our community. It’s not what we think about the Jews, it’s what their scholars are saying about their role. Black people do not realize 40% of the plantations in the South were owned by Jews. They owned the cotton, they sold the chains, they owned the ships that brought us here according to their scholars.”

When asked if they ever received a response from the Jewish community, Min. Tony said “nothing,” but did acknowledge that the NOI has Jewish supporters and friends. Certain rabbis are and have been willing to talk but they are unable to rally enough support from their members for deeper dialogue and discussion.

When asked about what can be done to eradicate the congressional resolution or clarify Minister Farrakhan’s words, Tony shared that they there should be a probe lead by the Congressional Black Caucus (CBC) and listen to every one of Farrakhan’s speeches and prove that he has said or done anything anti-Semitic. He would like the CBC to call a meeting and have it open to the public and allow Jews to bring in their most powerful rabbis and say, “Is Farrakhan anti-Semitic or is he just criticizing bad Jewish behavior?”

“Minister Farrakhan is a threat because if he unites Black people from all levels, if we pull together somebody has to lose in that situation,” said Tony.

“Are we the Black community going to let another Black leader be set up to be killed or arrested for nothing. Are we going to ten years from now wear a t-shirt like we were with him?

“We’re 50 years from the King assassination and we’re still struggling. Here’s a man, who speaks the truth regardless… Here’s a man who criticized the bad behavior of anyone, whatever ethnic group, whatever organization…

Min. Tony envisions a future where Black leaders and the Black community do not need to bow down to the pressures of outside groups. “We have need to raise enough money so that our Black leaders don’t need money from any other groups.”