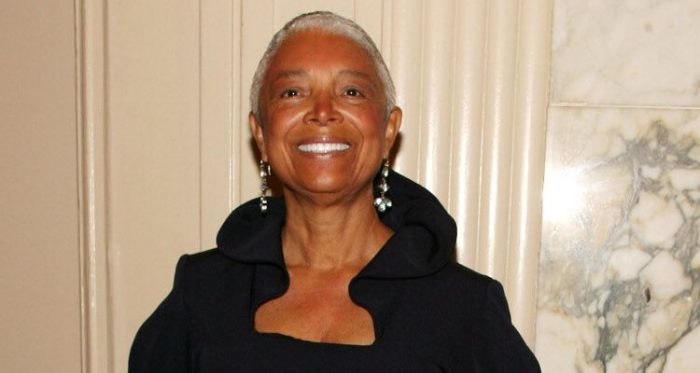 “All African Americans, regardless of their educational and economic accomplishments, have been — and are — at risk in America, simply because of their skin color,” Camille Cosby said. (Courtesy photo)

Racism and prejudice are omnipresent and internalized within America’s institutions, media and myriad entities. One example can be traced to the Voting Rights Act of 1965, according to Camille Cosby, wife of imprisoned Bill Cosby.

While her husband languishes in a Pennsylvania prison, Mrs. Cosby said it’s important to keep his case at the forefront of the public’s awareness because of the injustice done.

She also wanted to remind Black America of the importance of the Voting Rights Act that she long ago predicted would be dialed back by politicians who sought to deprive African Americans of their so-called inalienable right to vote.

And, in an editorial she wrote exclusive for Black Press USAprior to the 2018 midterm elections, she urged African Americans to vote for justice, equality and democracy.

“The American people have been dangerously close to being governed by a dictatorship… intent on serving its own greedy interests even, when it results in eradicating the laws that protect humanity,” Mrs. Cosby said.

“Many of today’s politicians…especially those who are heavily financed by particular corporate entities…are becoming increasingly dangerous enemies of our human rights.”

“However, history teaches us that we, the People of the United States, can purge this danger from our nation’s political offices. Indeed, President Richard Nixon’s corrupt presidency was finally brought to an end when the people rose up and demanded that their representatives be held accountable. We must do the same today.”

That the Voting Rights Act had even been tampered with is indicative of the society black Americans are faced with, Mrs. Cosby said.

“No other Americans are subjected to this oppressive nonsense,” she said.

For those who might mistakenly believe that Mrs. Cosby is simply speaking out because of her husband’s predicament, she easily and understandably scoffs at such a notion.

After all, she and Mr. Cosby have donated more than $200 million to Historically Black Colleges and Universities as well as dozens of integrated schools – most of whom have rescinded honorary degrees to Bill Cosby but hadn’t returned the millions of dollars the family has donated.

The Cosbys have also loaned their extensive African art collections to museums and other institutions of higher learning.

Following the murder of her only son, Ennis Cosby, more than 20 years ago in Los Angeles, Mrs. Cosby wrote an essay in which she spoke fiercely about America’s hate and racism. She blamed America for teaching Mikail Markhasev, her son’s killer, to hate black people because of the various and pervasive forms of racism in our society.

“I believe America taught our son’s killer to hate African Americans. After Mikail Markhasev killed Ennis on Jan. 16 1997, he said to friends, I shot a nigger. It’s all over the news,” Mrs. Cosby wrote

Dr. Alvin F. Poussaint, an expert on race relations and family friend of the Cosbys told CBS News after the essay was published that Mrs. Cosby felt the media had played down the racial aspect of the case.

“This young man didn’t like black people. He used the word nigger” Poussaint said. “I think that this was played down so much that Camille felt the need to present this to the American public.”

Poussaint noted that the crime had been called a “botched robbery,” but that Markhasev had shot Cosby in the head and did not take his cash, watch or car. “I think there’s reason to believe he shot Ennis Cosby because Ennis Cosby was a black man,” Poussaint said.

Camille noted that the killer of her only son probably did not learn to hate black people in his native country, Ukraine. Where, she noted, the black population is near zero.

She added, he was not likely to have seen “America’s intolerable, stereotypical movies and television programs about blacks,” which were not shown in the Soviet Union before the killer and his family moved to America in the late 1980s.

She also wrote about the risk of being black in America.

“All African Americans, regardless of their educational and economic accomplishments, have been — and are — at risk in America, simply because of their skin color.”

“She’s saying that, as long as you have hate groups that are targeting black people, there’s a risk that they may randomly pick any black person and kill them, “Poussaint said.

Mrs. Cosby writes that propaganda against people of color is evident in the representation of holy figures in Christianity, who have been “recreated in images of whiteness.”

“African-Americans, as well as all Americans, are brainwashed every day to respect and revere slave-owners and people who clearly waffled about race. In truth, the enslavement of millions of Africans immeasurably enriched the treasuries of America’s government and individuals.

“Grant was the last U.S. president to own slaves. Even Abraham Lincoln ($5) said, ‘I do not stand pledged to the prohibition of the slave trade between the states… I, as much as any man, am in favor of having the superior position assigned to the White race.’

Meanwhile, she said, “White” is described as “decent; honorable; auspicious; without malice.”

“A medical school at the University of Texas in Galveston conducted a controversial study primarily on black babies from 1956 to 1962. The researchers withheld an essential fatty acid from the babies’ formulas that humans need for the growth of the whole body and nervous system,” Mrs. Cosby said.

“Those black babies were used as laboratory animals, and several of the infants died during the course of the study. Previously, this research had been done on dogs. This is just one of several unethical medical studies on African-Americans that has been documented.”

“Our ancestors fought for the right to [vote]. They were jailed, were beaten, were killed for fighting for our right to vote. Yet, too often, we do not exercise that most important right. We overlook the mid-term elections because we forget how greatly they can impact our lives.

“But, as I learned from [Montgomery County District Attorney] Kevin Steele’s election in 2015, a corrupt politician at any level is a danger to the American people, and even more so when that politician has promised to act in service of his own toxic ambitions and racial hatred.”