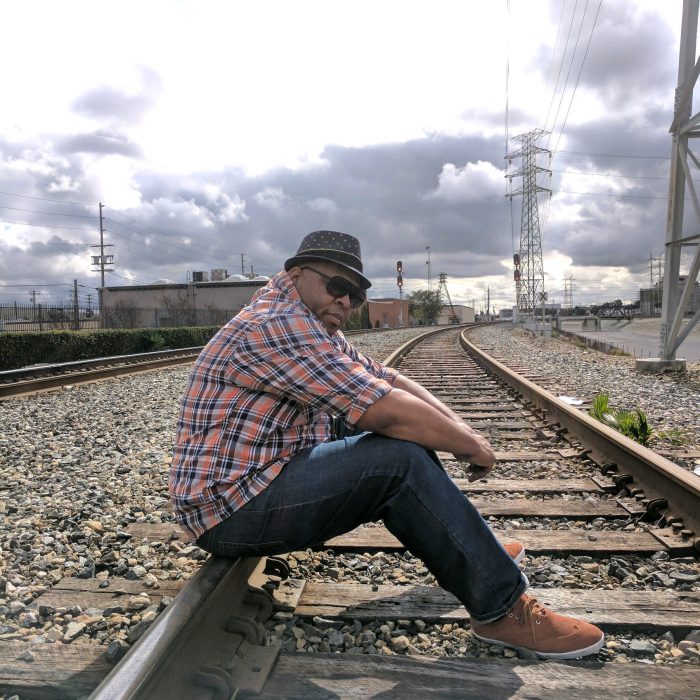 To hear Los Angeles native Keldren Joshua tell it, in 2017, he received a second chance at life.  Until then, he had spent the last 10 years at the Terminal Island prison in San Pedro, California, after pleading guilty to conspiracy of distributing 500 grams of methamphetamine.  His total sentence was 15 years to life.

“I never knew where my life would end up, but I remained hopeful,” Joshua said.

That year, Joshua was one of numerous federal prisoners granted clemency by then President Barack Obama as part of a program to release men and women who had received overly harsh sentences for low-level drug offenses and other relatively minor offenses.

These days, Joshua, 45, is putting his life back together as an assistant program director at Live Cyber Tron Dash Radio and as aGrubHub driver.

“I am slowly but surely putting back the pieces together,” he said. “I’m really trying get back into the entertainment industry, but on the marketing side. Luckily I have some connections that have made this easier.”

After being released, Josua received a job at a friend’s shoe store in Santa Monica, California.  Additionally, he’s begun his own YouTube channel to showcase other former inmates who have turned their lives around.

Joshua said he wasn’t a dealer, but instead he was the middleman when trying to help a friend obtain some methamphetamine. He said he didn’t know he had given the drugs to a confidential informant.

Joshua was already on probation for driving with a suspended license when he was busted.  He said he felt he had no choice but to accept a plea bargain.

“My lawyer looked at me and said, ‘They’re 98.9 percent going to convict you on trial,’” he recalled.

“I immediately fell to my knees and started crying when I heard the news,” Shiver, 61, said.  “I couldn’t believe it. I was so distraught they had to carry me out the courthouse.”

Joshua turned himself in and began his sentence. During his time in jail, he said he was friends with everyone and made the best out of it.

In 2014, The Clemency Project Obama and former Attorney General Eric Holder began to allow some first time nonviolent offenders in prison to be considered for release.

Joshua said he was hesitant to apply for clemency.

“I really didn’t want to apply,” he said.  “There were five specific criteria you needed to have in order to qualify. I qualified for four, but I didn’t qualify for the main one, which was having spent at least 10 years in prison. I only was in there for eight.”

One year later, Joshua received a letter that read, “You’re a perfect candidate for clemency, would you like to be involved?”

Still reluctant to take the next step, he asked his case manager if he should follow through even though he hadn’t spent the minimum years required to be granted clemency.

“She told me I needed to fill out the paperwork, because it wasn’t like I sought them out,” he said. “They reviewed everyone’s files and saw that I was a good candidate.”

A few months after sending off the first round of paperwork, the federal government requested to see his medical records.

Then one day a few things seemed out of place, he recalled. The whole yard was closed and he was called to an upstairs room. When he got in, he found his case manager crying.

She responded, “No, you better have a seat. Mr. Joshua, you’re going home. The president has just released you.”

Over in Atlanta, Shriver was shopping for her birthday party when she got news that her only son was being released.

“I remember walking in the mall and seeing a 213 number come up. I knew it was him,” she recalled. “I picked up the phone and had to run out the mall just so I could scream at the good news. It was the greatest birthday gift I ever got.”

Joshua was released under a five-year supervision. He’s limited to certain activities and has to ask for permission to travel.

Joshua credits his friends, family, the bi-weekly meetings with his grandmother and God for keeping him going while incarcerated.

“Even though I was in [prison], I woke up everyday with a smile on my face,” he said.  “They kept me going.”

Joshua says he’s still searching for his purpose but knows he wants to help people in any capacity possible.

“God plays a huge role in what happened,” he said.  “I look at life a lot differently now.  I know I had purpose for being in there. I helped everyone I could, whether it being me counseling somebody or if someone needed some extra money, I was there for them. And I hope I can still do the same with this new life.”