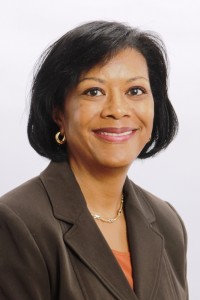 AARP has announced that Edna Kane-Williams has been promoted to the role of Senior Vice President for Multicultural Leadership. In this new role, she will lead the development and execution of AARP’s multicultural strategy to increase the organization’s social impact and relevance among multicultural audiences.

With more than 20 years of experience working in senior management positions at both nonprofit and for profit organizations, Kane-Williams has specialized in strategic planning, targeted marketing and program development, with a profound focus on the needs of older adults and multicultural communities.

“This new role is incredibly important to me and the organization,” said Kane-Williams. “I look forward to working with my colleagues and our community partners to foster meaningful engagement with members and potential members, and increase AARP’s multicultural footprint in local communities. Succeeding at this is vital for us to ensure the continued growth and strength of AARP.”

Prior to her new role, Kane-Williams was AARP’s Vice President of Multicultural Markets and Engagement where she was responsible for African American outreach. She previously served as the Vice President of Strategy and Communications for the AARP Foundation.

Kane-Williams graduated from Yale University with a B.A. and received an M.A. from George Washington University. Additionally, she was the recipient of a Coro Foundation Fellowship and was also a Diversity Executive Leadership Program fellow for the American Society of Association Executives.

On November 16, Kane-Williams will be recognized as “Marketing Executive of the Year” at the 2015 Marketing to African Americans with Excellence (MAAX) Awards in Chicago, IL for her innovations, contributions and exceptional performance in African American marketing.