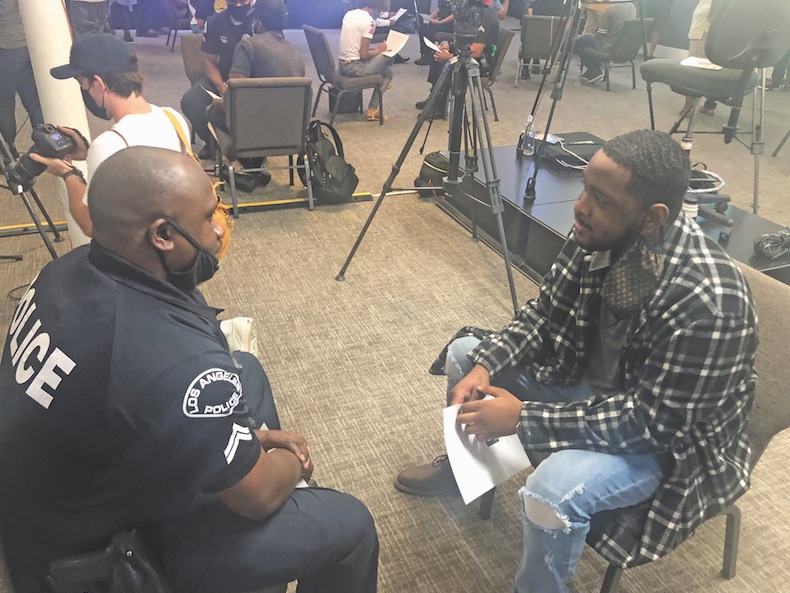 “It’s time for people to get comfortable with being uncomfortable,” said LAPD Sergeant Kenji Inaba at the meeting on June 10 between young Blacks and members of the Los Angeles Police Department.

Twenty-five LAPD officers and 25 young African Americans in South L.A. held an hour-long, one-on-one conversation with each other to get different perspectives on their relationships. The goal of this event was to bridge the gap between officers and community members.

The Rev. Shep Crawford, event host and pastor of Experience Christian Ministries (ECM) said, “We are here to build communities the way we know how and that’s through conversation and understanding from each side – young adults from the African American community, along with the LAPD community – to come together and get different perspectives of each other. We have to make sure we can unify and start understanding and walk in other’s shoes.” 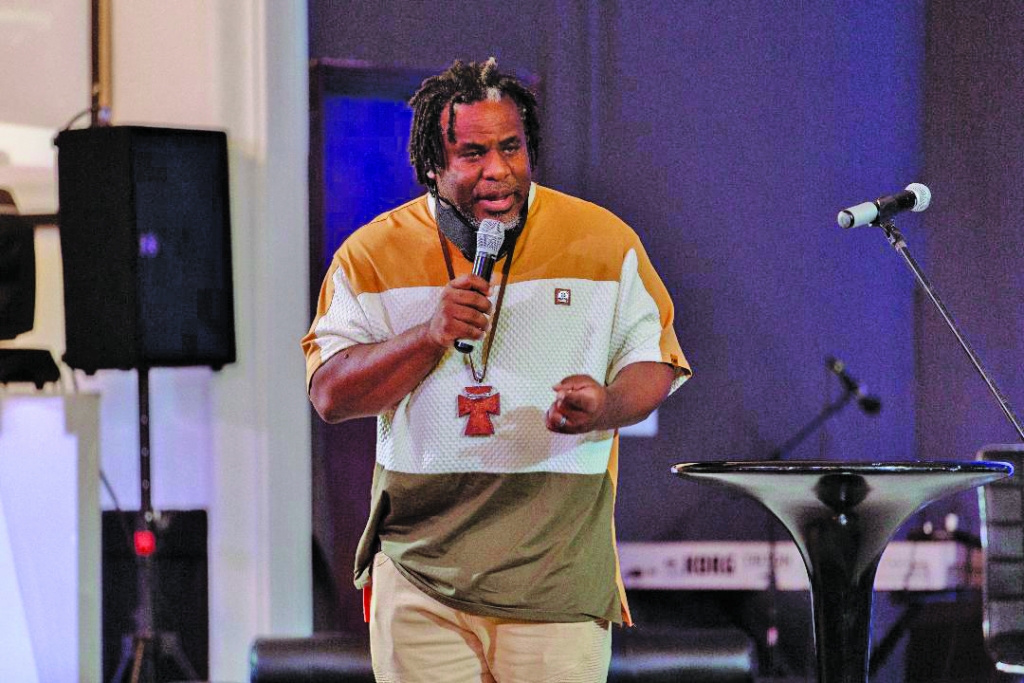 Dr. Shalonda Crawford, his wife and ECM shared her opinion as well. “Whenever you deal with different people, you are also dealing with different perspectives, different experiences. If we can come together, talk about it, hash them out and gain understanding, [then] iron sharpens iron.”

According to participants, the event was a great starting point to have real dialogues. While admitting that decades of built-up frustration will not be salvaged overnight and that police officers need to be held accountable, a few young people acknowledged it was great to hear some of the officers’ point of view.

Inaba said, “This event here, Pastor Shep and I got together and we decided that we need to get the community together, law enforcement and have real conversations in a group setting. We have a bunch of officers and some community members and we decided to have one-on-one so they can have real talks.”

Crawford indicated that when planning the event, one of the questions that came up is should officers dress in plain clothes to make people feel comfortable. He recalled, “We decided to let the officers dress up in regular uniforms because that’s how we see them. If anyone feels intimidated, I want them to come together and don’t feel intimidated anymore.”

Another young member commented, “It seems as if it is the complete opposite. Seems police officers are afraid of the community members. Every time someone is approached by an officer they already have their hand on the gun. It is hard to ignore the fact that there is some level of intimidation.”

Inaba told the L.A. Sentinel, “We believe better communication needs to happen between law enforcement and the community. I was born and raised in this community. I was afraid of the police myself and I remember seeing the police car lights. I had this little feeling inside my heart and stomach.”

Inaba is contributing his efforts to the community by being a part of a program called Community Service Partners (CSP). “I know for a fact that I’ve been doing change because I’m a part of CSP where we go out in the community. That’s our job. We try to help and educate instead of writing that ticket,” he remarked. 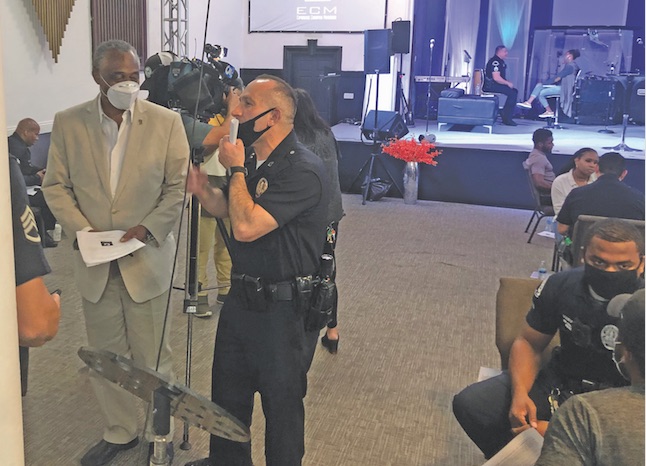 L.A. Councilmember Curren D. Price Jr showed his appreciation and support for ECM on organizing this event and mentioned that it will impact kids positively. “I’m enthusiastic about the prospects of the future. This exemplifies community based policing. We are excited because CSP is not a new program. This community knows police, we worked with police before. It’s an ongoing opportunity to have discussion to move our community forward,” Price said.

“We’ve been going through turmoil and tension these last couple of weeks but I think the mandate is clear – they want to have more accountability of the police and they want to see a greater distribution of resources. As a member of City Council, I hear that. Also, as a 69-year-old man, I hear that.”

What Inaba aspired to gain from this event is change, not to be on TV just to say this is what they are doing, but actual change. Inaba and his fellow officers plan to continue these community events and have follow-up conversations with these individuals. “It’s a mindset that I would like to change throughout our department and the nation,” he noted. 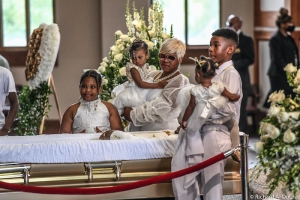 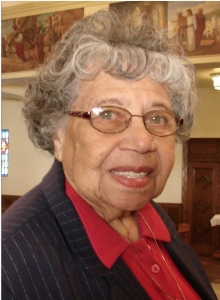