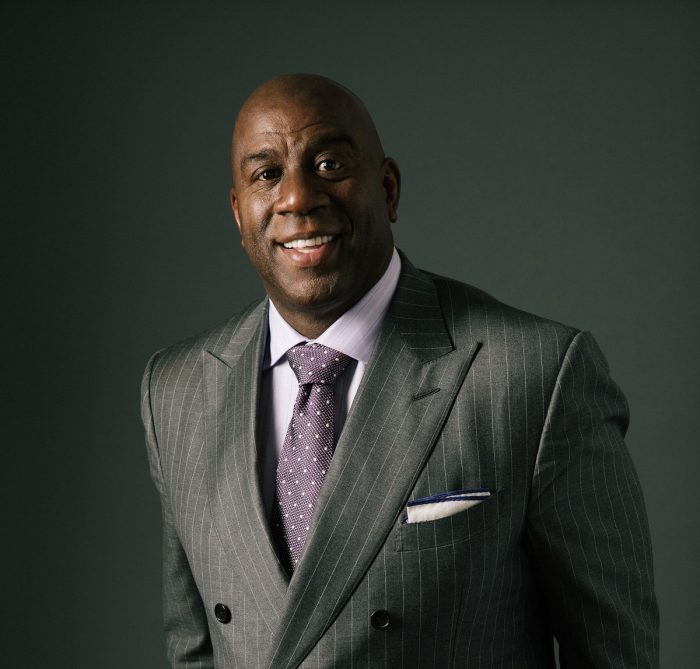 Today, the Los Angeles Area Chamber of Commerce announced that it will present its highest honor, the prestigious Civic Medal of Honor Award, to Earvin “Magic” Johnson.

The selection was announced by Chamber president & CEO Maria S. Salinas. The selection was made by the Civic Medal Selection Committee, led by past Chamber Chair George Kieffer, and made up of selected board members, previous honorees and various community and civic leaders. While sponsored by the Chamber, the award is not a business award, but rather signifies extraordinary civic leadership and public service over an extended period of time as recognized by those in the broader civic community.

The medal will be presented to Johnson at the Chamber’s 131st Annual Inaugural Dinner on Jan. 31, 2019, at the JW Marriott at L.A. LIVE.

Johnson successfully parlayed his skills and tenacity from the court into the business world and currently serves as chairman and CEO of Magic Johnson Enterprises, an investment conglomerate valued at an estimated $1 billion dollars. Having left the basketball court for the boardroom, he has dedicated his life to philanthropy and leaving a positive impact in underserved urban communities.

“Magic is a legend … known all over the world for his abilities on the court, but he’s also proven to be a powerhouse in the board room and a dedicated community advocate,” said Maria S. Salinas, president & CEO of the Chamber. “His contributions to this region epitomize what the Chamber’s Civic Medal of Honor aims to recognize.”

Recognized as the premier business and civic leadership event in Los Angeles, the Inaugural Dinner will take place Thursday, Jan. 31 at JW Marriott at L.A. LIVE, and will also feature the installation of 2019 Chair of the Board, Jerold Neuman of DLA Piper, as well as the presentation of the Distinguished Business Leader and Corporate Leadership awards.