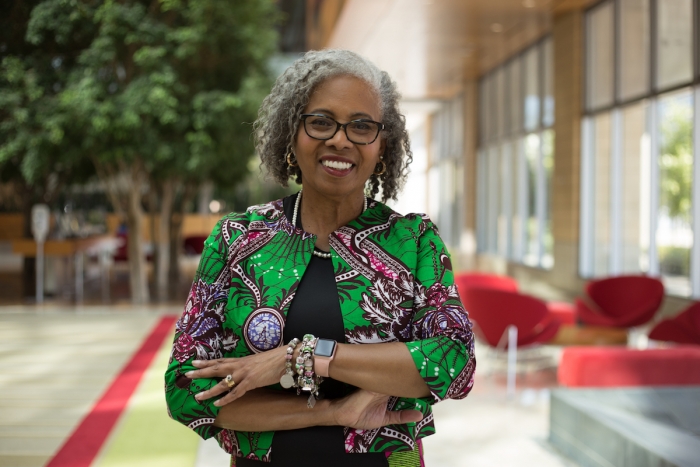 Dr. Gloria Ladson-Billings is a pedagogical theorist, and educator who also serves as president of the National Academy of Education and a Fellow of both the American Academy of Arts & Sciences and the American Educational Research Association.

When the coronavirus pandemic finally ends, America will require a “hard reset,” not a return to normal, said Dr. Gloria Ladson-Billings, a pedagogical theorist, and educator.

Dr. Ladson-Billings also serves as president of the National Academy of Education and a Fellow of both the American Academy of Arts & Sciences and the American Educational Research Association.

A recipient of this year’s National Newspaper Publishers Association (NNPA) 2020 Leadership Award in Education, Dr. Ladson-Billings said she’s working hard to spread the word about African Americans’ importance participating in the Census and the November elections.

She also touted the importance of the Black Press and teaching African American history in schools.

“It shouldn’t be an option,” Dr. Ladson-Billings said about Black history courses being taught in public schools. “There’s no way to understand this nation’s founding and economic prosperity without taking the courses.”

A noted author and former Kellner Family Distinguished Professor of Urban Education and faculty affiliate emeritus in the Department of Educational Policy Studies at the University of Wisconsin- Madison, Dr. Ladson-Billings recounted a conversation she had with a White man in Massachusetts about just how important the contributions of African Americans are.

“I was standing outside a reception, and a man was bragging about how enlightened Massachusetts is,” Dr. Ladson-Billings recalled.

“We were standing on the Merrimack River where old buildings had been converted to condos, and I asked the man what the buildings before they were condos. He said they were mills, that this is a mill town.” 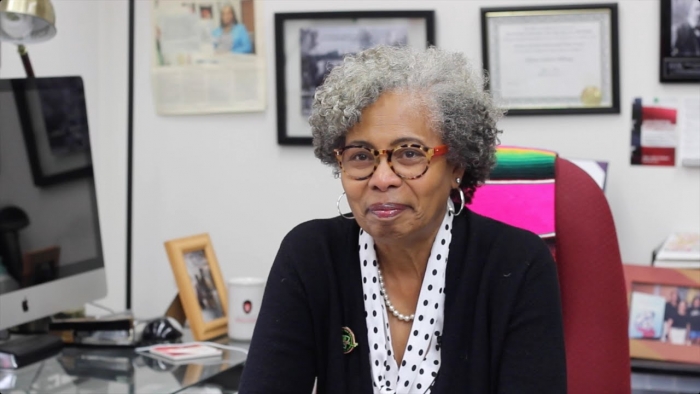 “I asked, what were they milling? He said, ‘cotton.’ So, I said, where did ya’ll get cotton? My question was to show him not to get on his high horse because all of this stuff they have was built on Black people’s backs. So many people want to say that everyone contributed, but there are some whose contributions are foundational.

“I do an exercise where I ask if you could imagine Black people just now coming to America like current immigrants, and there’s no slavery or no Jim Crow. I ask, what kind of America would you find? So, when you tell Black people to go back to Africa, I say, we are taking all of our stuff, our culture, our music, our work, and where does that leave America?”

Dr. Ladson-Billings noted the devastation that the coronavirus has had on African Americans. She said Black people have four pandemics they’re currently experiencing.

“We have COVID, we have anti-Black, we have the very tenuous economy and we have the climate catastrophe,” said Dr. Ladson-Billings. “We keep saying it’s global warming, but we saw what has happened in Louisiana with the hurricane, and they are more frequent. This generation is trying to come into their adulthood, and, on the one hand, we talk about doom and gloom, but I also see it as an opportunity to reset.”

“Far too many people keep talking about how to get back or return to normal without understanding there can be no return to normal with the level of devastation this virus has wreaked upon the world and particularly Black people. A hard reset for this society means we have to first and foremost, forgive all debt that has accumulated during the pandemic.

“Debt that continued during the pandemic like student loans, car loans, mortgage debt, and credit card debt must be forgiven. Next, in education, a hard reset means we do not penalize students for conditions beyond their control. We must ignore the test scores and grades coming out of the pandemic. We all need a clean slate and a fresh start.

“There is no going back. There is only going forward, and we need to go forward with as much equity and justice as we can muster. We do not need to try to test our way to equity or penalize people for the devastation that was visited upon them.”

The author of “The Dreamkeepers: Successful Teachers of African American Children,” “Crossing Over to Canaan: The Journey of New Teachers in Diverse Classrooms,” Dr. Ladson-Billings also serves as chair at the National Urban League. 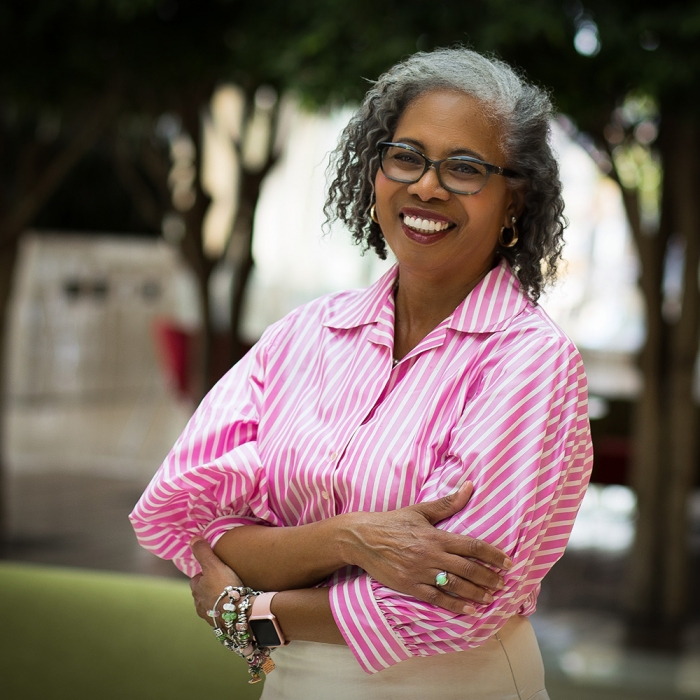 Recently, she helped to host the Urban League’s Unity Picnic.

This year’s event saw volunteers like Dr. Ladson-Billings handing out barbecue dinners. “Because of the pandemic, it was just a drive-thru event this year, but the first question we asked people was, ‘are you registered to vote, and have you completed the Census?’”

“If they didn’t, we had a table set up for voter registration and the Census and directed them to the table and, after they had done that, then we told them to come back and pick up their plates,” Dr. Ladson-Billings said.

More than any other, this election cycle has seen the need for more fact-checkers, and it’s also seen less objective reporting by mainstream media, Dr. Ladson-Billings noted.

She added that the police shootings of unarmed African Americans are reasons for accurate reporting. All of that, she said, underscores the importance of the Black Press.

“I heard [comedian] Chris Rock say it best. He talked about how people like to say that there’s always a bad apple. Well, there are places where you can’t afford to have bad apples. Imagine an airline saying of pilots, we have some bad apples. That would mean a lot of plane crashes and a lot of lives lost. We can’t have bad apples among the police,” Dr. Landson-Billings charged.

“We have data to show Black people have another viewpoint. If you look at Black and White kids in the same classroom, White kids believe the textbooks to be reliable and accurate while Black kids will say, ‘no, my grandparents didn’t relate it that way.’”

“The Black Press is so important. Look at the city of Chicago. The migration from Mississippi to Chicago was in large part due to the Chicago Defender. People could read in that newspaper that there were jobs available, and Black people were buying homes. It wasn’t paradise, but it wasn’t Mississippi.”