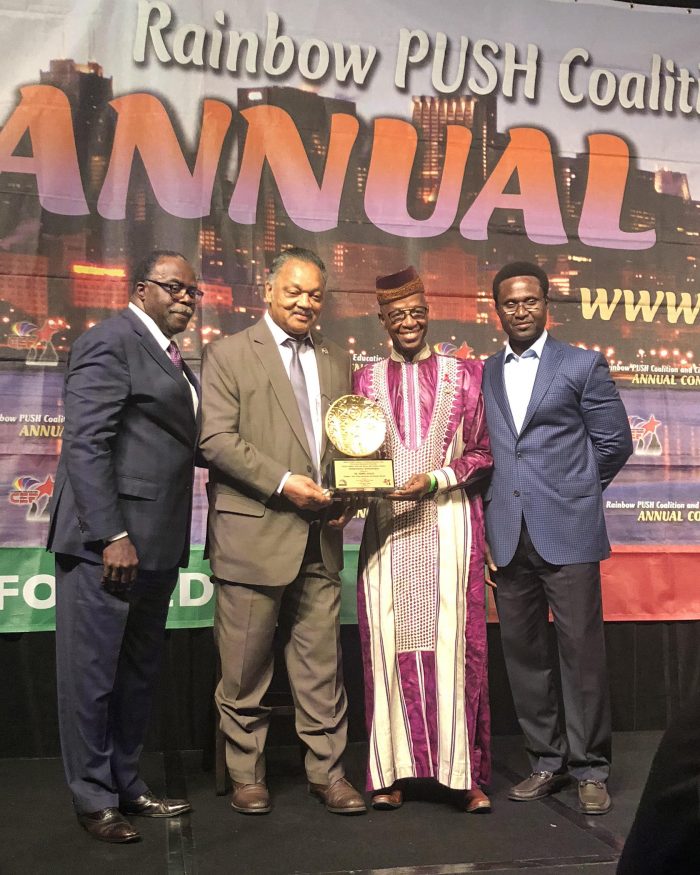 Dr. Djibril Diallo, President and Chief Executive Officer of African Renaissance and Diaspora Network, Inc. (ARDN) was named the recipient of Rainbow PUSH Coalition’s 2018 International Humanitarian Award. Dr. Diallo received the award on Friday, June 15 from Reverend Jesse L. Jackson Sr., the founder of Rainbow PUSH, during the 47th Annual Rainbow PUSH International Convention in Chicago, Illinois, in recognition of his steadfast and outstanding global leadership in making humanity’s common home a better place, through his over three decades of service in the United Nations, and his leadership of ARDN’s “Pathway to Solutions” international initiative.

“It is an honor and privilege to have received the 2018 International Humanitarian Award for my service at the United Nations,” said Dr. Diallo. “This is especially significant as ARDN is now spearheading the ‘Pathway to Solutions,’ which is a special project for the United Nations to popularize the Sustainable Development Goals, and ensure that the vulnerable are uplifted and no one is left behind.”

“Djibril’s tireless and outstanding global leadership continues to make our global village a better place for all,” said Reverend Jackson. “We appreciate his commitment to serve and thus save humanity.”

“Djibril’s receipt of this prestigious award is well deserved,” said Ms. Constance B. Newman, the Chair of ARDN’s Board of Directors. “It is a testament to the vision and force for good that the United Nations has been for the world.”