A Downey man was sentenced today to 120 months in federal prison for committing four armed robberies of GameStop video game stores in Los Angeles and Orange counties that resulted in the theft of more than $132,000 in merchandise and cash.

Lopez pleaded guilty in August 2019 to one count of interference with commerce by robbery and one count of brandishing a firearm in furtherance of a crime of violence.

Between August 2018 and October 2018, Lopez robbed GameStop stores in Lynwood, Rowland Heights, West Covina and Brea. Lopez entered the stores at night, sometimes accompanied by another suspect, pulled a handgun from his waistband and used it to threaten store employees. Lopez then would order GameStop employees to load game consoles and video games into store bags.

During the West Covina robbery on October 24, 2018, Lopez and his co-conspirator ordered the GameStop store clerks into the store’s back room, demanded their cell phones and destroyed the store’s telephone. Lopez then ordered one of the store’s clerks to help carry stolen items out to a nearby minivan. Lopez used a .40-caliber handgun during this robbery.

“The serious nature of [Lopez’s] offenses can hardly be overstated,” prosecutors wrote in their sentencing memorandum. “Armed robberies such as these, where firearms are brandished at victims, also leave lasting substantial stress and trauma that victims remember for years, some for their entire lives.”

The Bureau of Alcohol, Tobacco, Firearms and Explosives, and the Brea Police Department investigated this matter.

This case was prosecuted by Assistant United States Attorneys Jeffrey M. Chemerinsky and Bruce K. Riordan of the Violent and Organized Crime Section. 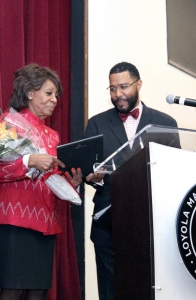 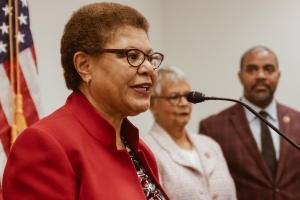