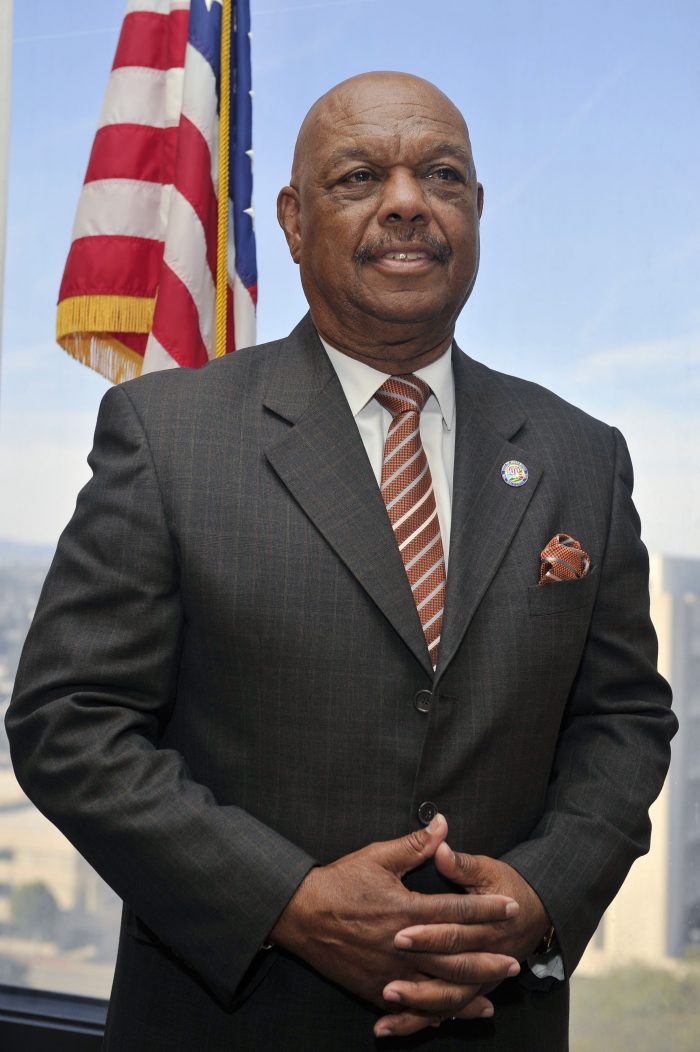 “In about four years, you won’t even recognize Inglewood,” said an excited George Dotson, who was recently reelected to District 1 of the city’s council.

Sports, entertainment, vital businesses… “you name it, it will be in Inglewood.”

Dotson won the seat with 66% of the vote, a fact he said, shows that the people believe in him and the City Council’s work. He does not want to let them down, he said and is starting his term by focusing on projects that were started during his previous stint as councilman. Those include a new stadium, a senior center that will be finished in November, a new mixed use development on a currently blighted lot downtown and the city’s infrastructure. 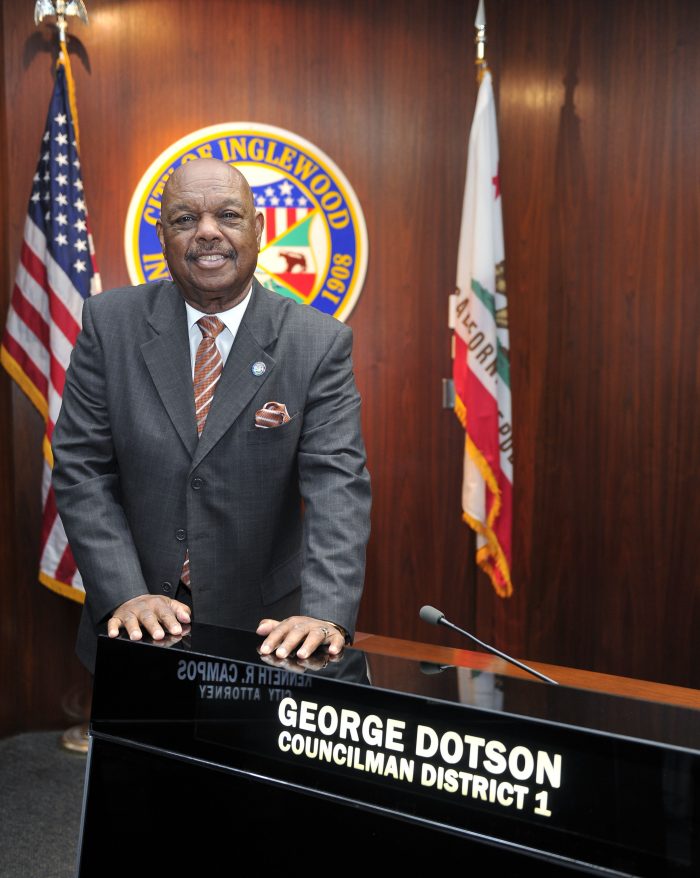 “Inglewood has transitioned (under my tenure) from pending bankruptcy to financial stability and national prominence as the potential home of two NFL franchises,” Dotson said during an earlier interview.

“More roads have been paved and sidewalks repaired during my term in District 1 than the prior 15 years combined. The Forum, once vacant, is now the number one concert venue in the state of California, number two in the country and number four in the world. Over thirty percent of its employees are Inglewood residents.

“I look forward to working with the mayor and the other councilmembers in continuing to make Inglewood a place to live and work.”

The councilman hopes with all of the improvements and with Inglewood moving forward that residents decide to stay.

“I don’t believe in gentrification,” Dotson told the Sentinel during an interview before the election.

“Inglewood was a historically African American city. It is now a Black and Brown city and now Whites have started to move in. Most of the people in my district are homeowners and the only way anyone can get your home is if you sell it. I have told all my constituents to keep their homes.

“Where are you going to go where you are going to get the quality of property in a city like Inglewood, where you’re ten minutes from the airport. You’re maybe five minutes from three freeways, walking distance from the Fabulous Forum or the new stadium with two football teams.

“We have great senior living buildings. Everything is right here in Inglewood.

“Sure, there are going to be people who come in and buy because they want to live in a great place too. I hope people who already live in Inglewood love Inglewood like I do and want to stay.”

Dotson and his wife Ida, are faithful members of St. Eugene’s parish, and have been married for fifty years. They are the proud parents of two children and five grandchildren. When not enjoying his cherished family, George can often be found enjoying a round of golf with longtime friends and clients.