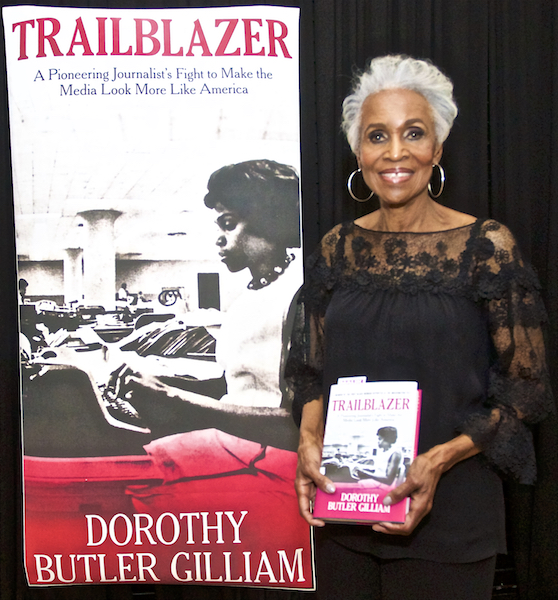 Dorothy Butler Gilliam with the cover of her memoir about being the first African American woman reporter for the Washington Post. (E. Mesiyah McGinnis/L.A. Sentinel photo)

Being the “first” can be more than challenging, but Dorothy Butler Gilliam cleared every high hurdle to claim the title and succeed beyond all expectations.

Gilliam was the first Black woman reporter at the Washington Post, one the nation’s most respected newspapers. Hired in 1961, she went on to become an award-winning journalist, editor and columnist during her 50-year career.

The trials she endured – blatant racism, gender discrimination, segregated facilities – could easily destroy a lesser person, but Gilliam determined long ago that journalism was her joy and defeat was not her goal.

“It was like diving into a sea of White men with two invisible weights – one was race and one was gender. But, I knew that if I didn’t succeed, it would be just that much harder for the next Black woman,” insisted Gilliam.

She reveals her story of incredible perseverance and her efforts to report stories from an African American perspective in her new memoir, “Trailblazer – A pioneering Journalist’s Fight to Make the Media Look More Like America.”  During a community book signing hosted by retired Congresswoman Diane E. Watson at the Lula Washington Dance Theater on March 25, Gilliam recounted her experiences as a Black woman reporter. 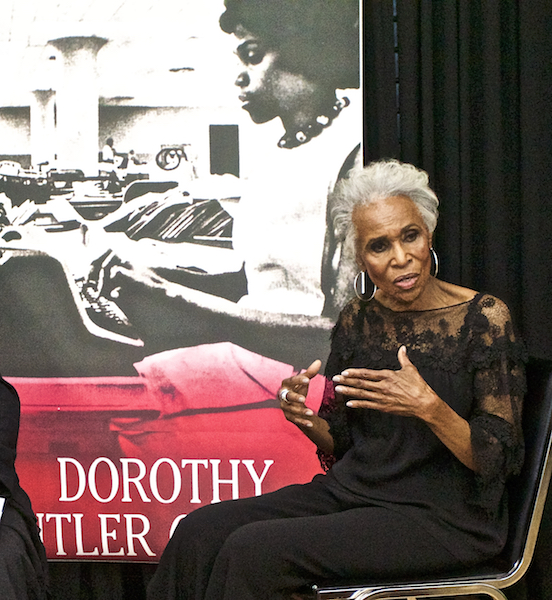 Explaining why she penned the memoir, Gilliam said, “I thought it was crucial to write it. I think we, as African Americans, really have to tell our own story and I think so often we don’t tell our stories. So this is a ‘herstory,’ not a ‘history.’ I am really happy – almost providentially – that it was released just at a time when we have the kind of people running the country who are so against truth telling.

“We have a leader who calls the media ‘the enemy of the people,’ so it’s just fortuitous that my story – which talks about the training that journalists go through and the ethics we have to observe – tries to capture how minority journalists worked to make a difference and worked to integrate mainstream media.”

Gilliam went on to captivate the audience as she recalled how she worked closely with the late Robert Maynard, the Pulitzer Prize-winning owner of the Oakland Tribune who established the Maynard Institute for Journalism Education to assist Black reporters, editors and managers, and she also detailed some of the conditions she faced and overcame to report the news.

“Unfortunately, the nation’s capital was very segregated in 1961,” said Gilliam. “President John F. Kennedy was talking about some things that needed to happen for the Black population. But as a reporter, when I would get my daily assignment and go out to try to hail a taxi to cover it, it took forever.  I would walk and try to write my story and get back to file it before the deadline.”

Sharing another episode, Gilliam said one assignment took her to interview an elderly White woman celebrating her 100th birthday.  Although she was dressed professionally, the doorman told her, “The maid’s entrance is in the back.” It was only after she showed him her newspaper credentials that he let her inside the home.

In 1962, Gilliam was assigned to travel to Mississippi to report on James Meredith’s integration of the University of Mississippi.  “At that time, Mississippi was not a hospitable place for African Americans,” she said. 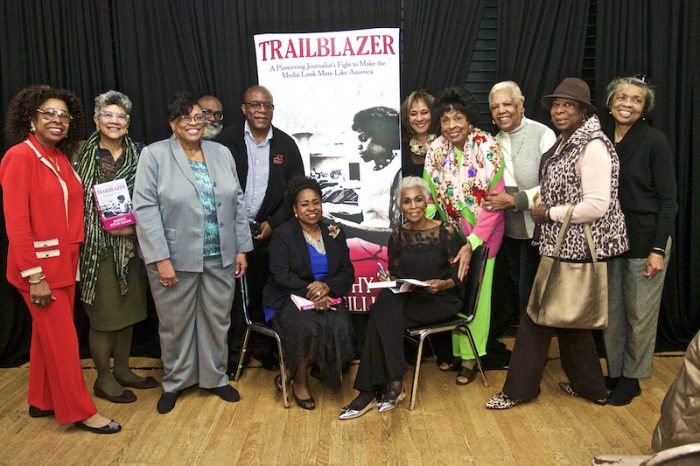 Undaunted, Gilliam hired a freelance photojournalist and went to report Black Americans’ reactions to that historic event.  Since segregation was still enforced, she dodged angry white mobs and the local KKK to get the opinions of local Blacks.  At night, she “slept with the dead” by resting at a Black funeral parlor. She headlined her story, “Mississippi Mood: Hope and Fear.”

Fortunately, her assignments were balanced by several positive encounters. She interviewed civil rights activist Medgar Evers (just months before his assassination) who greatly impressed her with his courage, she was later appointed assistant editor of the Post’s Style section where she hired others who could report on Black culture, and she served as president of the National Association of Black Journalists and of Unity: Journalists of Color.

Another memorable moment for Gilliam occurred when she spoke with Nelson Mandela following his election as president of South Africa.  “I was a Mandela groupie and to have him released [from prison] and become president was a marvelous moment.  I was thrilled to be a part of the coverage and have lunch with him when he visited the U.S.,” she said.  “I could not believe the forgiving spirit that he had.”

As Gilliam closed, she encouraged the crowd to support Black media.  Acknowledging that news reporting has changed a lot, especially with the advent of social media, she still stressed the vital role of African American publications and broadcasts.

“The Black press is still an important source of information.  It’s very important because not every reporter who works for a mainstream paper can get into the newspaper.   The Black press can really help delineate the issues and help us to know the most crucial issues Black people are facing.” 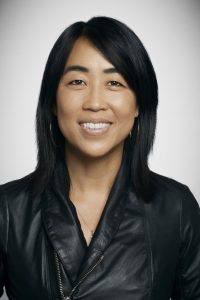