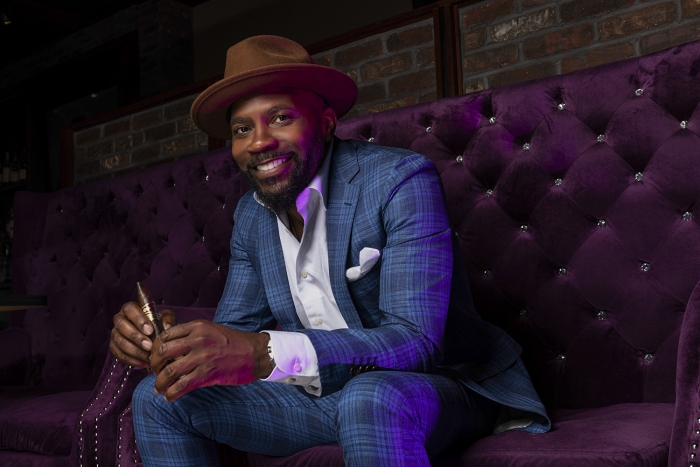 Dolapo Erinkitola understands how to grow money. The multi-business mogul, restaurateur, philanthropist, and executive producer has been active in the business and philanthropic communities for many years with a  proven track record and a mission to support local arts initiatives.

Erinkitola knows a lot about the value of hustling and working smart. Born and raised in Chicago, Illinois by Nigerian immigrants, Erinkitola, along with his nine siblings, learned first hand the meaning of serving others. Education was valued and pushed in his home and to put a

fine point to this, African parents just hit differently and it was expected that Erinkitola earn multiple degrees which he did and exceeded his parents’ expectations by attending Morehouse College, Kennesaw State University, Harvard University, and Walden University.

Success followed Dolapo and combined with his savvy business acumen and integrity he found himself holding a multitude of positions, including Immediate Past President of the 100 Black Men of North Atlanta, owner of Blu Lagoon Bar and Bistro, Havana Lounge and high-level memberships with several nonprofit arts organizations.

As CEO of Dolapo E. Productions it is his mission to curate safe and inclusive spaces for artists and future entrepreneurs and combined. The production company has several projects set for release including “Scheme Queens” which was an official selection of the American Black Film Festival and on his development slate is the comedy series Tenishia Wilson: She’s So Funny, and Sound of Christmas starring multi-platinum recording artist Ne-Yo. Dolapo also served as executive producer for “Karen” (2021).

Here’s what restauranter, executive producer, and philanthropist and CEO of Dolapo E. Productions, Dolapo Erinkitola had to share about business and life.

L.A. Sentinel: What was it like to grow up in a Nigerian, immigrant household in Chicago?

Dolapo Erinkitola: Growing up in a Nigerian household of immigrants, we were molded by the Civil Rights Movement and were advocates for higher education and humanitarianism.  Those values are instilled in me today.

LAS: Well, strong family roots help to grow strong brothers and sisters. How important was it for you to obtain multiple degrees from some of the most prestigious universities?

DE: Again, my parents stressed the importance of education growing up, so it was always something I worked to obtain. It provided me with knowledge and connections that prepared me for life as an entrepreneur and a producer.

LAS:  How did you create a successful reputation and what is that reputation, exactly?

DE: My reputation is that I am a man of integrity that succeeds in my endeavors. It was created because I stand on being a man of my word and doing what I set out to do.

LAS: What type of films have you produced and what does that mean, to you, to be a producer? Did you find the funding or provide the funding?

DE: Love is what brought me to create Dolapo E. production. Helping others realize their vision, seeing a project start out in the mind, and watching it manifest is what being a producer means to me. Some of the films I’ve produced are “Scheme Queens” (2022) an official selection of the American Black Film Festival, “Sound of Christma”s (2022), an upcoming Christmas film starring multi-platinum recording artist Ne-Yo, comedy series Tenishia Wilson: She’s So Funny (2022), a documentary “I Am John Gabbana” (2022), and the upcoming film “Waterboyz” (2022), a film highlighting the experiences of young Georgia entrepreneurs known as ‘water boys.’ Additionally, I was one of the producers of BET Network’s infamous film, “Karen” (2021).

LAS: You and Dolapo E. production are busy! What restaurants do you own and operate?

DE: I operate two restaurants; Blu Lagoon and Havana Lounge. Blu Lagoon, the menu is a creative mix of African fusion dishes with touches of Caribbean, Cajun, and American recipes.  My other restaurant, Havana Lounge, is located in Sandy Springs, and also offers a variety of cuisine. 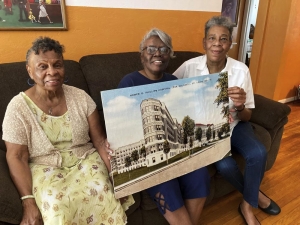 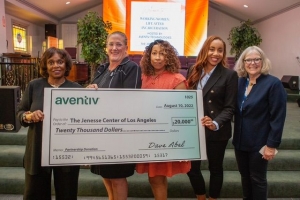