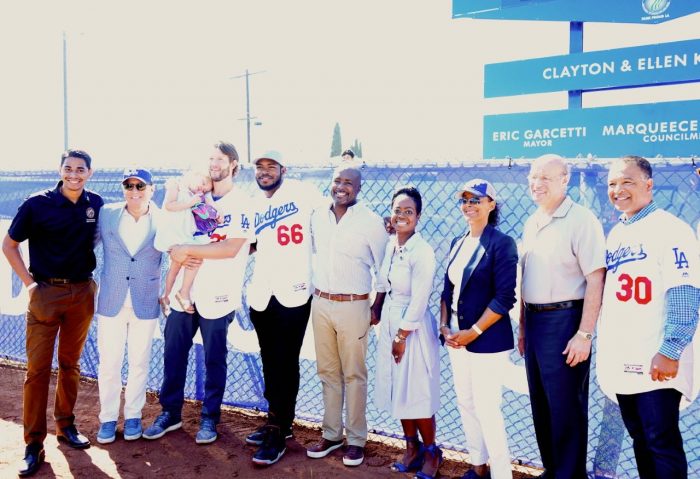 “This day is a promise realized, a celebration of 50 Dodgers Dreamfields for youth and communities that truly needed them the most,” remarked Nichol Whiteman, executive director of the Dodgers Foundation.

Through the Dodger Dreamfields, the foundation builds and refurbishes baseball and softball fields in underserved communities to provide a safe place for youth to conduct positive recreational activity in their own neighborhoods. The completion of this Dreamfield marks the final step in the foundation’s commitment to create 50 fields in 15 years. Since 2003, over $10 million has been invested in these fields, which have impacted the lives of over 300,000 youth in and around Los Angeles.

Algin Sutton, the home of the first Dodgers Dreamfield refurbished back in 2003, was also the birthplace of the Dodgers Reviving Baseball in Inner Cities (RBI) program – founded in 1989 by John Young. The center serves as home to the City of Los Angeles’ Girls Play LA Initiative and the Natasha Watley Foundation softball league. It is the only park in Los Angeles that has two Dodgers Dreamfields. 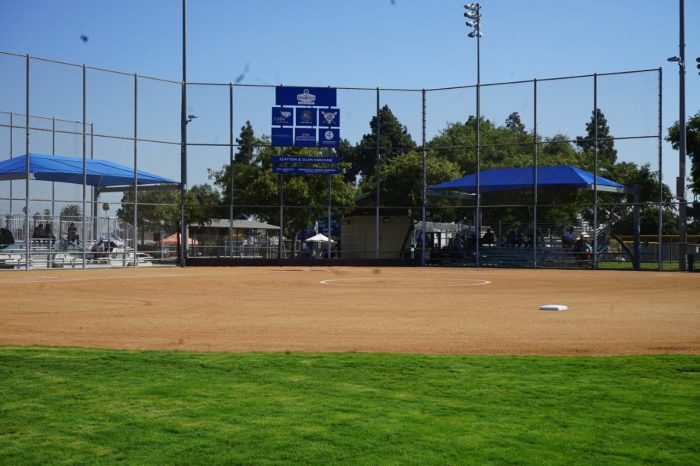 “It is a real sort of homecoming, not only because we’re back at the field and park where we built our first Dodgers Dreamfield,” started Whiteman. “But because we do have our players and our Dodger executives and donors and a celebration of people from different Dreamfields.”

The construction of the second Dreamfield at Algin Sutton Recreation Center was a $300,000 project partially funded by contributions from the City of Los Angeles, Yasiel Puig’s Wildhorse Foundation, the Tyler Development Corporation, Clayton & Ellen Kershaw, the LA84 Foundation, the Annenberg Foundation, and the Leon Lowenstein Foundation.

“Almost every day the stadium is packed with 45,000 people,” Puig told the L.A. Sentinel. “My teammates and I wanted to do something good for the community to pay them back.”

Children from local schools surrounded the Dodger players as they signed autographs, took pictures with fans and interacted with attendees. 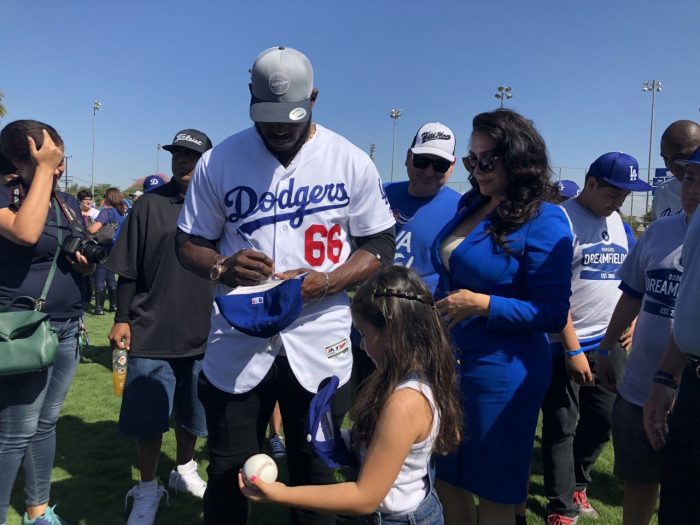 “It makes all the difference in the world anytime we have places where people in the neighborhood can come together, be together, build skills, relationships and create memories,” Harris-Dawson commented. “It makes people have an attachment to their neighborhood.”

The foundation produced an impact report that detailed the influence the fields have had on youth in Los Angeles County’s most underserved communities including South L.A., Inglewood, Harbor City and East L.A., and La Puente. The report found the fields contributed to youth character building, instilling life skills like sportsmanship and boosting community morale.

The foundation announced the donation of an additional 25 Dreamfields in the community to be completed by the 75th anniversary of the Dodgers moving to Los Angeles in the year 2033.

LADF is the official team charity of the Los Angeles Dodgers. Its primary focus is to support cornerstone programs in sports and recreation, education, literacy and health and wellness benefitting children and families in need throughout the greater Los Angeles region. Visit LADF online at www.dodgers.com/ladf for more information.