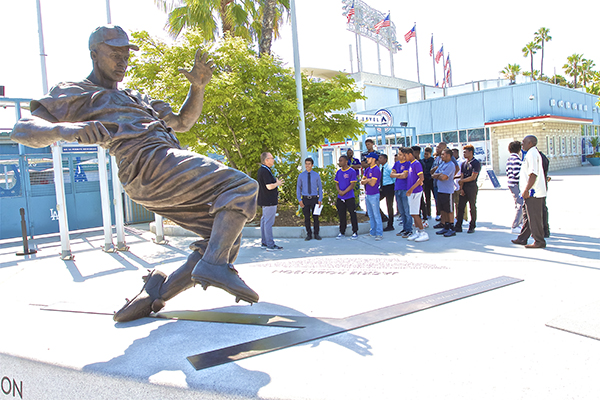 “I want to be a baseball player, so having to go to this event it means a lot to me, seeing all these people, what they go through to get here” said Joshua Wilson, a senior at Canyon Springs High School.

The youth spent an afternoon at Dodger Stadium, where they visited the statue of Jackie Robinson and learned about his career through Dodgers historian Mark Langill.

“Seeing [the statue], being able to really read everything, it was a really cool experience just because I know what he went through,” said Citrus Hill high school baseball player Daniel Sanders. “The things that they were expressing going through being a minority, being African American, it really hit me at home because I’ve gone through a lot of that.”

The participants engaged in an open discussion with the coaches that spread over a myriad of topics, from their career paths to understanding their ethnicities to their spirituality.. 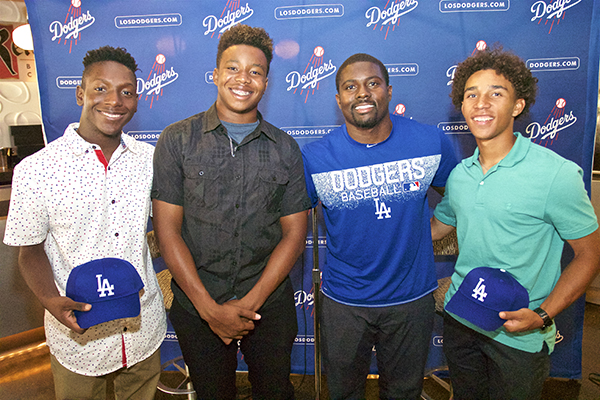 First base coach Lombard talked about how he was drafted to the major league straight out of high school while being one of the top running backs in the nation and his transition into coaching for MLB clubs. He encouraged the youth to have a strong mind and to get a college education.

Strength and conditioning coach Travis Smith had never played baseball and wanted to get a graduate citizenship from a college program.

“I reached out to every D1 college probably in the nation,” Smith said. “I sent my email out to every school, I didn’t get one response.” 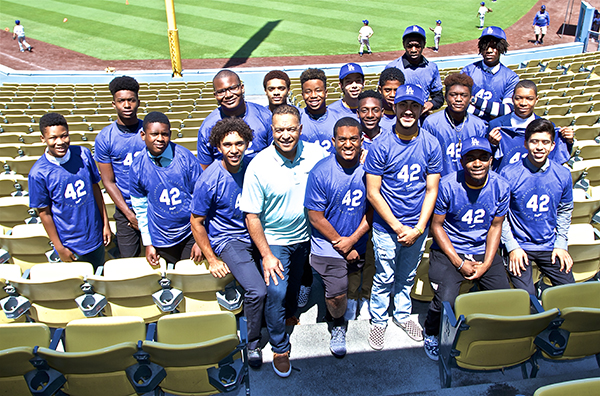 Although he earned a full ride football scholarship, Smith wanted to be a strength and conditioning coach for an NFL team. He also talked about the loss of his youngest brother and how it taught him to live and work like every day to your last.

Roberts talked about how he grappled with being half-Black and half-Japanese during his formative years and his collegiate career being a walk-on for the UCLA Bruins baseball team. He told the participants how imperative it is to maintain healthy relationships.

“You never know what impression you’re gonna make on somebody that you’ve come across,” Roberts said. “They might produce an opportunity.”

The youth heard and related to the backgrounds Roberts, Smith, and Lombard; DeVaughn Pryor of Colony High School in Ontario, CA noted how the stories he heard are familiar to stories of his father and mentors. What he took away from the event was to be patient when your career path takes longer than expected.

“Even though you don’t have a backup plan, you have time,” Pryor said. “Even if baseball fails … you still have time to change your life.” 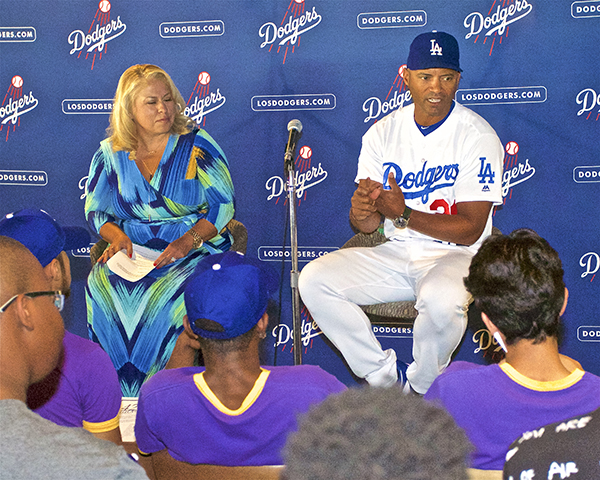 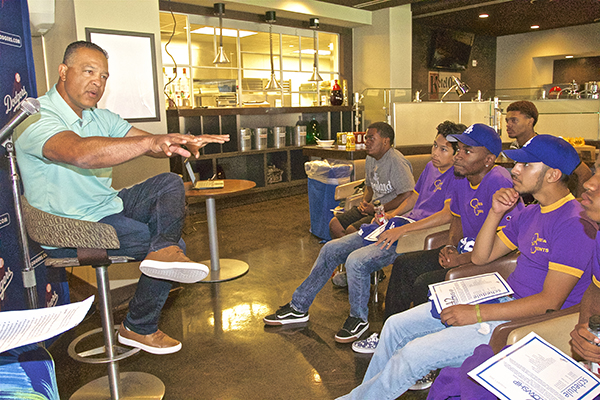 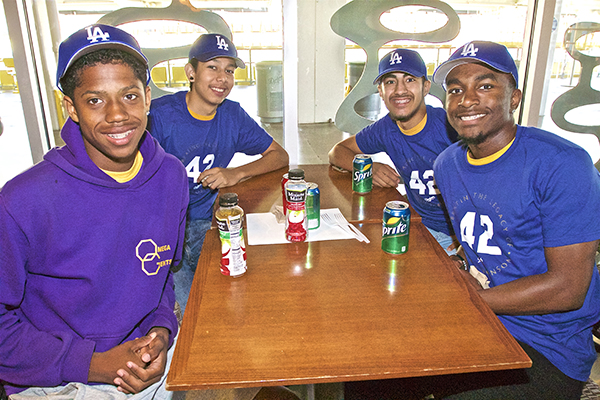