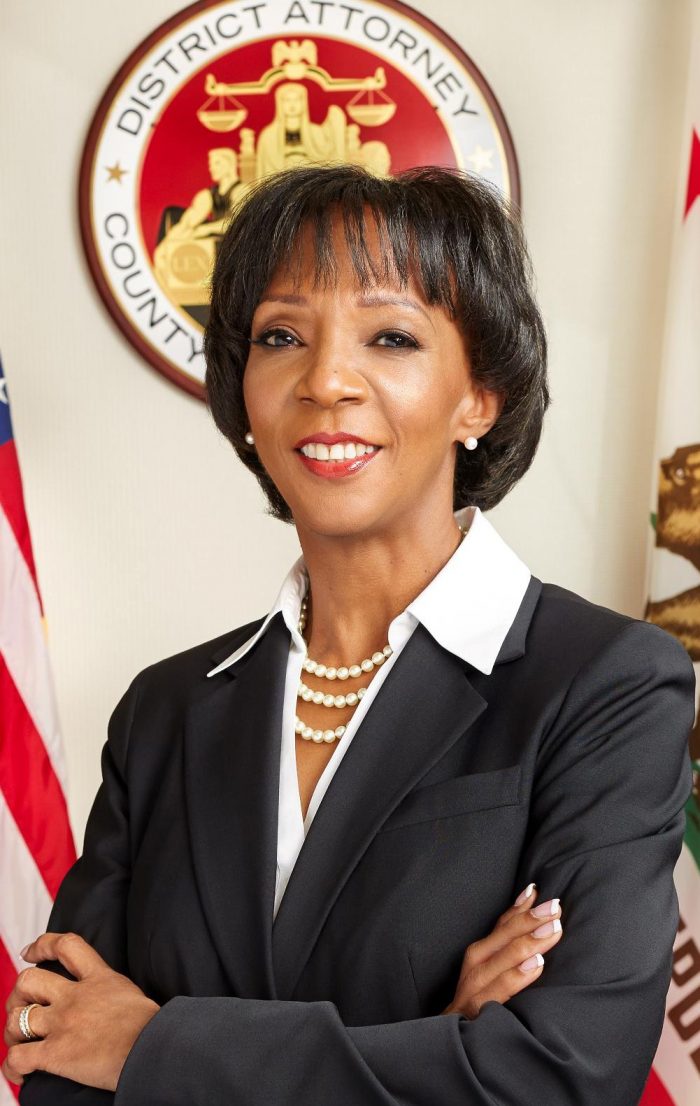 “What our honorees did was not easy,” District Attorney Lacey said during today’s Courageous Citizen Award ceremony in Long Beach. “These brave people chose to act. They saved lives and helped stop criminals.  By honoring them today, we repay their courage in a small way.”

Lacey recognized two Long Beach women for saving a neighbor who was bludgeoned by a bat-wielding man; two women and a man for aiding an elderly victim and then helping police catch the assailant in the violent attack in Long Beach; and a Metro employee who risked his own personal safety to thwart an assault on a woman at a Green Line station in Willowbrook.

The District Attorney’s Office presents these awards three times a year to recognize ordinary people who have performed extraordinary acts of valor and selflessness in assisting in the prosecution of criminals, saving victims, preventing crimes or even capturing suspects. Today’s luncheon ceremony was held as part of the Rotary Club of Long Beach meeting aboard the Queen Mary.

Carr and van Deursen rushed to the aid of a Long Beach woman after she was beaten in her home on Oct. 11, 2013, by a man wielding a baseball bat. The woman was the target of a murder-for-hire plot by her daughter and her daughter’s boyfriend. Carr and van Deursen heard the woman’s cries for help and found her severely beaten. They assisted the victim while she told them about the attack. Their quick action helped save the woman’s life, and their statements helped police arrest the daughter, her boyfriend and the man hired to kill the victim.

A jury convicted the daughter and her boyfriend of conspiracy to commit murder, attempted murder and robbery. In spring 2015, each was sentenced to 31 years to life in state prison. The man who beat the victim was convicted of first-degree robbery and sentenced to 10 years in prison.

The case was investigated by the Long Beach Police Department.

On Feb. 22, 2016, the defendant pleaded no contest to battery with serious bodily injury and was sentenced to four years in prison.

The case was investigated by the Los Angeles County Sheriff’s Department.

Mr. Sears was working as a custodian at a Green Line Metro station on June 4, 2015, when he saw a man struggling with a woman over her purse. As the man began to punch the woman in the face, Mr. Sears intervened, placing himself between the woman and her assailant. The defendant continued his assault, trying to fight off Mr. Sears while also attempting to grab the victim’s purse. The man then focused on attacking Mr. Sears, who used a trash-picker to protect himself. Ultimately, Mr. Sears tackled the defendant and held onto him until a sheriff’s deputy arrived at the scene.

On Aug. 4, 2015, the defendant pleaded no contest to two counts of assault by means of force likely to produce great bodily injury and one count of assault and battery. Three months later, he was sentenced to two years in state prison.

The case was investigated by the Los Angeles County Sheriff’s Department.