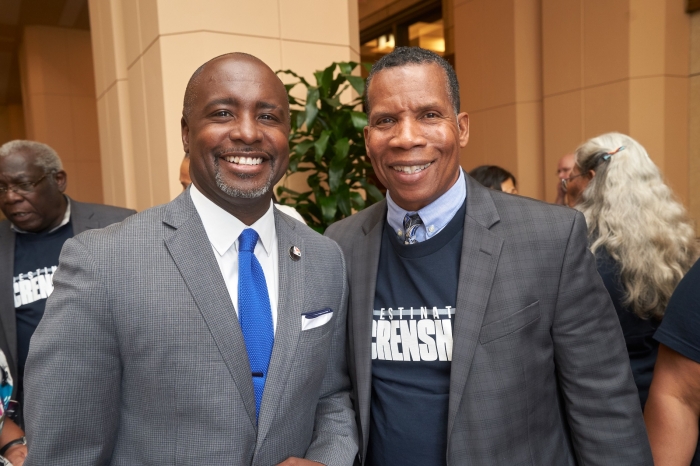 Councilmember Marqueece Harris-Dawson (CD-8) and Greg Dulan, the owner of Dulan’s On Crenshaw

For many residents and community advocates, the upcoming Crenshaw/LAX Metro Line raises health, public safety, and environmental concerns. Equally as pressing are the reservations about the impact the metro line would have on the viability of legacy businesses along the Crenshaw Corridor.

Not only would the metro line decimate much-needed parking spaces that local establishments currently rely on, but the initial plans revealed no intentions to include a station in one of the most culturally significant sections of the corridor. To say this was an insult to the community would be an understatement.

As trends indicate, communities near train lines are the first to be targeted by private developers for “urban renewal projects.” From what we’ve seen in other Black communities across the country, these projects often lead to the displacement of small businesses that have been in the community for generations. In the blink of an eye, an entire community’s culture is erased in order to make room for restaurants and shops that serve gentrifying residents.

Small businesses have historically been a defining characteristic for the Crenshaw community, representing the heart and soul of South L.A. Local favorites such as Dulan’s On Crenshaw, Crenshaw Yoga & Dance, and Dawah Bookstore offer a glimpse of the melting pot of influences brought by those who migrated from as far as Texas and Louisiana to call Los Angeles home. 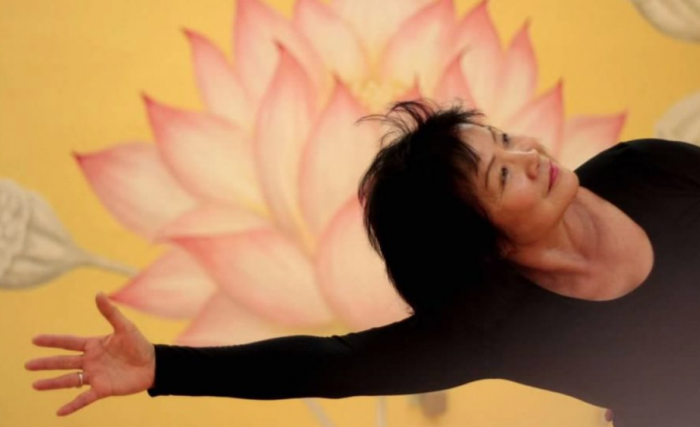 Kar Lee, owner of Crenshaw Yoga and Dance said, “Small businesses are the heart of our community. It is up to us to make them stronger and to collaborate with one another to make a difference.”

The tensions between maintaining the culture, which led to South L.A.’s desirability, and feeling at-risk of being overlooked for newer and trendier chain stores, is a delicate balance. Destination Crenshaw – the highly anticipated community-led project – has already begun to strengthen legacy businesses.

Spearheaded by the Office of Councilmember Marqueece Harris-Dawson (CD-8), the project has led the push to offer infrastructure improvement grants for business owners who own their properties, including code compliance work, new parking spaces, building repairs and culturally stamped sidewalks. To date, Councilmember Harris-Dawson has advocated for a combined $1.2M in renovation funds for two legacy businesses and six more legacy businesses have been identified for assistance. The Councilmember will continue advocating for additional resources to support more legacy businesses along the corridor and will eventually launch initiatives aimed at increasing ownership for longtime business operators.

For family-owned businesses like Dulan’s On Crenshaw, these resources go beyond preserving a restaurant — it’s preserving a legacy that has become a landmark for the community. Dulan’s has been on Crenshaw for generations, with recipes and dishes stemming back to Adolf Dulan learning how to cook alongside his mom on a farm in Oklahoma. For many residents, walking into Dulan’s feels like eating dinner at home with your family, because that is the atmosphere they have built. That feeling of belonging — and its historical significance cannot be replicated. 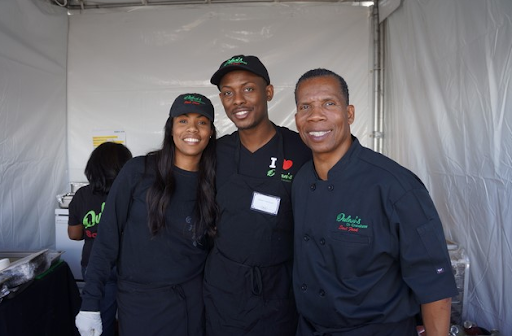 “The Councilmember’s office helped me to secure a community development block grant that will help to upgrade and beautify my existing restaurant, which has been here for 30 years,” said Greg Dulan, the owner of Dulan’s On Crenshaw soul food restaurant. “It will also allow me to make some much-needed improvements, and help to put me in better stead and position to compete with what I anticipate will be new restaurants coming to the area.”

The project leaders also have their goals set on bringing foot traffic back onto Crenshaw Boulevard, by restoring an estimated 160 parking spaces by utilizing vacant lots throughout its 10 platforms from Slauson to Leimert Park.

Destination Crenshaw aims to help ensure the value generated by our culture stays within South L.A. by investing in the community with initiatives intended for current residents, a move many hope will allow Black businesses to compete with newcomers while also continuing to be the foundation of Los Angeles’ rich culture and history.