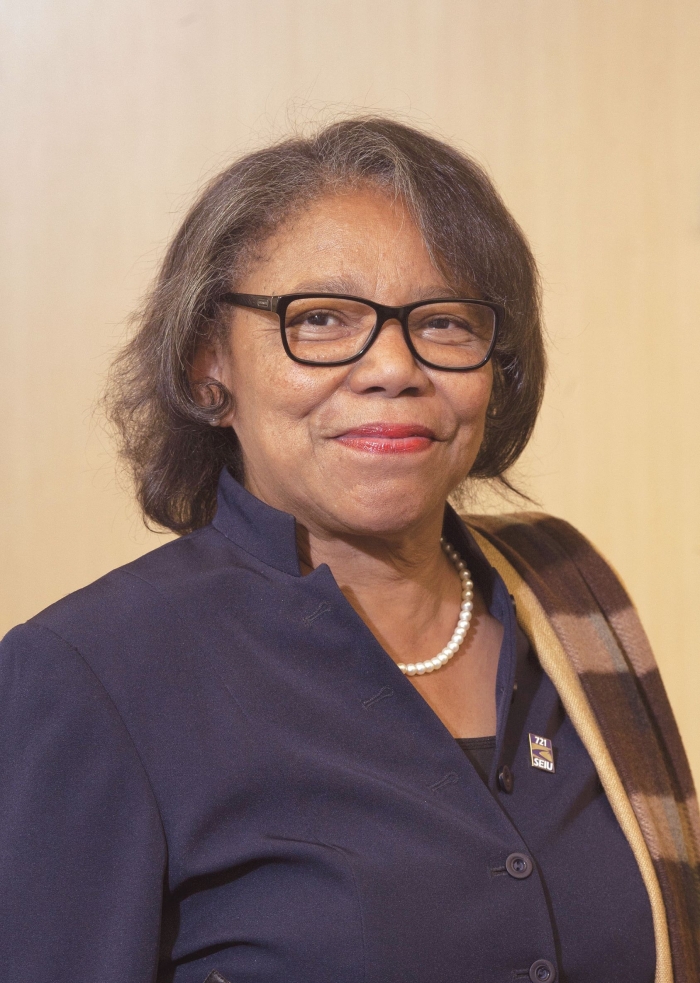 Linda Dent, a clerk in the Los Angeles County Tax Collector’s Office, who rose from a steward to become the first woman and first Black president of SEIU 721, passed away on May 31 from pancreatic cancer. She was 68-years-old.

Born in Louisiana and raised in Compton, Linda witnessed the pernicious effect of racism and dedicated her life to fighting for racial and economic justice for all. As a member of the bargaining team for L.A. County, President Dent pioneered the strategy of joining with community allies to push county government to adopt programs that helped a broad cross section of working-class and poor Angelenos, in addition to members of her union.

The alliances President Dent built ignited the Fight for $15 campaign, sparking minimum wage increases first in L.A. County and the City of L.A. that culminated in a landmark statewide law that raised wages for 6.5 million Californians.

She created the Compton Jobs Fair to help the formerly incarcerated find jobs with dignity, and pushed L.A. Mayor Eric Garcetti and the City of Los Angeles to create the Targeted Local Hire program, a first-of-its-kind effort to set aside entry level city jobs for ex-offenders, the homeless and other disadvantaged city residents, lifting nearly 2,000 city residents out of poverty.

“I have never met a leader more fiercely dedicated to making a difference in the lives of working people,” said SEIU 721 Executive Director Bob Schoonover, who Dent succeeded as president of the local. “She was my sister, my ally and my friend for decades and words cannot convey how much I and everyone else in our movement will miss her.”

Under SEIU 721’s Constitution and Bylaws, President Dent will be succeeded by SEIU 721 Vice President David Green, who was first elected as the union’s treasurer in 2013. A children’s social worker and a 21-year veteran of the Los Angeles County Department of Children and Family Services, Green also serves as an elected member of the Los Angeles County Employee Retirement Association Board of Investments.

“I am personally devastated by Linda’s passing and I promise to continue what she started inside our local,” said Green at a Memorial Day conference call with the local’s Executive Board. “Linda believed it was her job to listen to members and learn from them, to focus their power and to help them use it to make change,” Green said.

Green said that President Dent believed organized Labor was the only force in American society working every day to close the widening gap between rich and poor and the strongest voice for racial and economic justice. He added that she believed unions were the last line of defense protecting American democracy against a small group of ultra-rich, ultra-conservative political donors and big corporations who want to cut their own taxes at the expense of protections for ordinary workers.

“We’ve lost a lioness of Labor,” said Green. “But, we owe it to Linda to keep pushing.”

Dent is survived by her husband, Lee Dent, and three children and seven grandchildren. Information about her memorial service will be available at seiu721.org