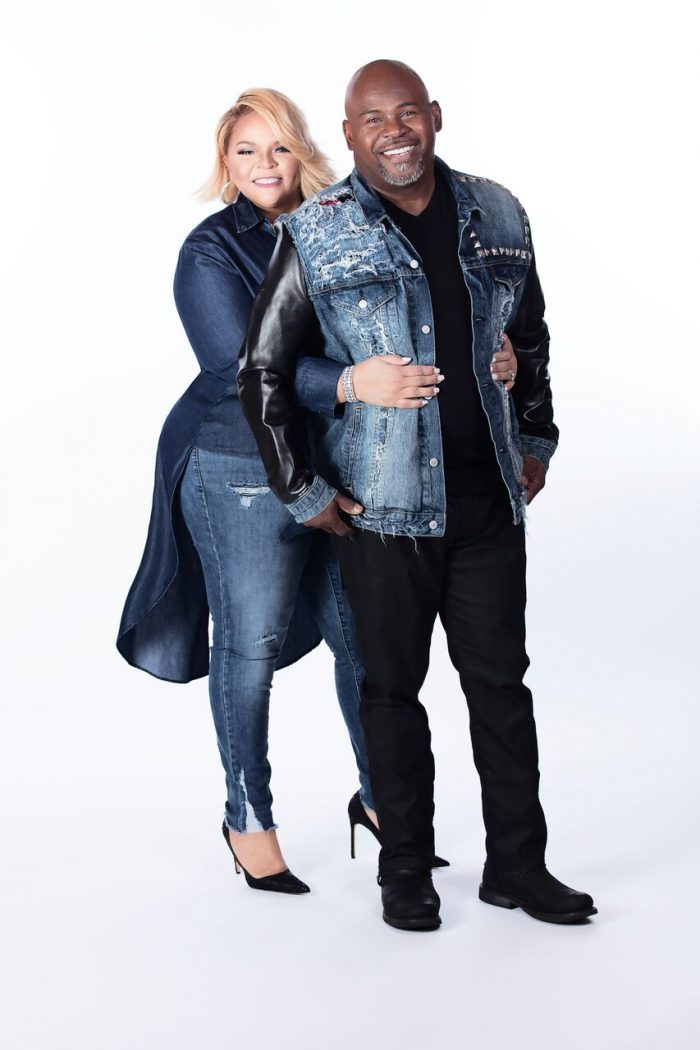 With three decades of marriage under their belt, award-winning entertainers David and Tamela Mann have learned quite a bit about making a relationship work.

Most people know the couple from their frequent appearances as Cora and Mr. Brown in several Tyler Perry productions on stage and TV. Their talents have also been acknowledged with an NAACP Image Award for David and Grammy, Stellar and BET Awards for Tamela.

But successfully managing marriage, family and careers takes a lot of effort, which the Manns detail in their tour, book and album entitled, “Us Against the World.” Through these mediums, they share insight about love and family as well as tips for married couples to remain in love with each other.

“The Mann Family Tour” wraps up on Nov. 11, and features the talented duo along with their children performing comedy, songs and skits, all advocating for love and keeping marriages and families together.

The book, set for release on Nov. 13, further promotes that message by tracing the fun, drama and challenges that David and Tamela have encountered and overcome during their union. David said the goal is to strengthen marriages and help couples focus on ways to stay together instead of parting when bumps arise in a relationship.

Through the memoir, “Us Against the World: Our Secrets to Love, Marriage and Family,” David said, “We take everybody on a journey of 30 years with the Manns. We take you on our ups and we take you on our downs. Also, while writing the book, we had to go back and revisit some things, issues, problems and situations we thought we had resolved.”

Agreeing with David, Tamela said, “There’s some skeletons that we talk about, but yet being transparent. We want to encourage families to give hope and inspiration that they can stay together and not give up on each other.”

David added that the book also includes prayers for different situations and discusses love, laughter, finances and romance or “keeping the fire alive” in relationships as well. The couple also talks about renewing marriage vows along with recounting some of their biggest arguments in their marriage.

Blended families is another topic the book touches on as David and Tamela recall a rough spot after meeting the child he was previously unaware of, but had fathered before they were married. “That’s where the book title came from, after getting that knock at the door about my child. I thought, ‘I’m not going to be able to do this.’”

“I wasn’t sure where I fitted in either and I didn’t want to deal with baby-mama drama” said Tamela. “But, he (David) explained that it was us against the world.”

“I explained that she was my first priority and it’s us against anything tearing us, the marriage or family structure apart,” David said.

As for the album, which drops on Nov. 9, David admitted he was “intimidated about singing with Tamela,” but was quite pleased by the results. “Us Against the World: The Love Project” consists of 10 songs with six duets by the couple.

“Ever since being part of Kirk Franklin’s The Family, fans have been asking us to do an album together. With our new book coming this fall, we thought that was the perfect time,” said David.

“The whole album is an inside look at our love story and the journey we’ve been on together,” added Tamela. “So, recording this project has been really special for both of us.”

Songs on the album, such as “I Love You O” and “Good Love,” recall memorable moments in the Manns’ relationship. The couple harmonizes on the title track, “Us Against the World,” and expresses a love letter to each other in “Signs.”

The momentum continues for David and Tamela with the release of the holiday film, “Merry Wish-mas,” on Dec. 2. They executive produce and star in the original romantic comedy, which airs on TV One. The movie, directed by Terri J. Vaughn, also features Kim Fields, Twanda Braxton and rapper Yung Joc.