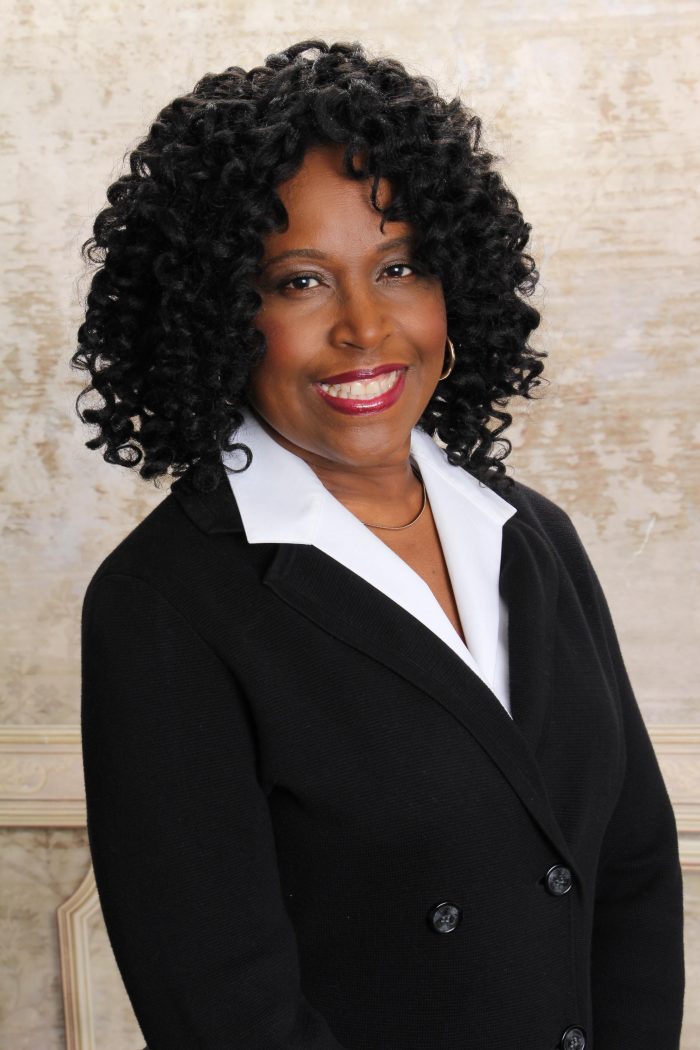 California State University, Northridge (CSUN) professor of Africana Studies, Karin Stanford says she was the target of threats and harassment last year by White supremacists and Donald Trump supporters because of a question on a final exam she gave to students in her class. An article on the issue appeared online on Campus Reform, a conservative website that claims it exposes “liberal bias” on college campuses.

Commenters on the article spewed racist vitriol at Stanford, including re-posting her university office address and saying she should be shot in the face.

Stanford went out on sick leave after the incident, concerned for her safety and that of her students, because she says the university did nothing to address her safety concerns.

“The university only met with me around this issue after my union representative forced them too,” said Stanford via phone. “And to date, they still have not told me what their plan is regarding safety for myself and my students in order for me to return to teaching on campus.”

Aimee Glocke, an associate professor of Africana Studies at CSUN, says she is not surprised at the university’s lack of zeal to protect its populace. “In 2013, I had a student at CSUN threaten to kill me. The CSUN police department launched an investigation immediately, but CSUN administration did not take it seriously,” she stated to the Sentinel via e-mail.

“In fact, I was only placed under police protection on campus after my department chair demanded it. Since then, I have also had ‘N*****’ and ‘F*** You’ written on my car on two separate occasions, and no student was ever prosecuted for it. This is why I know firsthand that CSUN administration is slow to act on incidents of White supremacy and racism on our campus, especially when it involves the safety of the faculty.”

In a letter to the Daily Sundial, CSUN’s student newspaper, Simmons requested the paper investigate the allegations of professors regarding their lack of safety. According to Simmons, in the case of alleged bomber Sayoc, “Twitter took no action to address the threats, initially saying that Sayoc’s veiled threats to kidnap and kill Ritchie did not violate its policy against threatening posts. The tweets were deleted by Twitter only after Sayoc’s arrest for sending over a dozen parcel bombs to those he perceived to be critics of President Trump.”

Stanford noted that the university’s response to recent mass shooting incidents in the U.S. was more developed than the response she received.

Ian David Long is the man police say is responsible for the most recent mass shooting in Thousand Oaks, California, on Nov. 7, in which 12 people died, including the 28-year-old Long. Long, a former CSUN student, targeted a bar that was frequented by other college students.

Stephen Paddock is also a former CSUN student, having graduated in 1977. The 64-year-old Paddock killed 58 people and wounded more than 500 others when he opened fire at a country music concert in Las Vegas, Nevada, in October of last year.

The university’s response to both mass shootings was to cooperate with police in releasing both its former student’s information and sending campus wide e-mails to students and staff.
“ … our hearts, thoughts and sympathies are with the victims, survivors, first responders and loved ones impacted by the horrific mass shooting that occurred in Las Vegas,” wrote CSUN president Dianne F. Harrison after both Paddock’s 2017 massacre and Long’s Thousand Oaks shooting spree.

In 2017, Harrison alerted the campus community that workshops on “workplace violence/surviving an active shooter incident” and “maintaining a proactive approach to personal safety” would be held. After Long’s shooting Harrison asked that campus “faculty and supervisors be supportive and considerate of anyone who has been touched by this tragedy,” and that university counseling services were available for those that need it.

While police say they have not determined a motive for Long’s actions in Thousand Oaks, both Long and Paddock were White men. In other words, part of the demographic that is responsible for the majority of terror attacks and mass shootings on U.S. soil; more than any immigrants, Muslims or what the FBI has labeled “Black Identity Extremists.”

That demographic is also responsible for the threats and harassment of numerous other college and university professors in other parts of the country as well. George Ciccariello-Maher, formerly of Drexel University; Keenaga Yamahtta-Taylor of Princeton; Trinity College’s Johnny Williams; Prairie View A&M’s Tommy Curry; University of Memphis professor Zandria Robinson and Boston University’s Saida Grundy have all faced harassment, threats of physical violence and threats to their employment by white racists/Trump supporters.

Most recently, professor Christine Blasey Ford, the woman who accused current Supreme Court Justice Brett Kavanaugh of sexual assault, has had to move four times and pay for a private security detail to keep her and her family safe. She has not been able to return to her job at Stanford University.

In Dr. Stanford’s case, none of the university administrators spoke to her regarding the online harassment or issued a statement of support, even months later when stalking online commentators sought to find out when she would return to class.

Out of concern for herself and students, Stanford had been utilizing her sick leave and requested online teaching assignments so she will not have to be present on campus.

Now that her sick time has run its course, Stanford will eventually return to class. She told the Sentinel, “All I can do is hope that the online threats remain online” since, in her words, the university apparently has no plan to keep her or its students safe in these types of situations.

In response to the aforementioned mass shootings, while CSUN president Harrison’s actions still fall short of a safety plan, Stanford says the university response was still more substantive than what she got.

“The university had an opportunity with my case, long before this latest incident, to develop a response that shows their concern and value for the safety and lives of faculty, staff and students,” said Stanford. “And they have failed.”

Calls to the office of CSUN president Harrison were not returned by press time.

*Editor’s note. The Sentinel received no comment from the office of CSUN President Dianne Harrison by press time for our print edition. We did, however, receive a response from CSUN’s Chief of Police Anne Glavin, after press time.  That response is presented below.
=====
Your inquiry was forwarded to me for response since my department investigated Dr. Stanford’s concerns and I worked with her to create a safety plan.  Based on the information Dr. Stanford provided, we investigated the case and determined that the comments that concerned Dr. Stanford on social media were not criminal threats.  To be absolutely sure of this conclusion, we consulted with the Los Angeles City Attorney’s Office.  While the comments directed at Dr. Stanford were disturbing, they were considered protected speech under the First Amendment.
I personally met with Dr. Stanford and listened to her concerns.  I worked with her directly to develop a safety plan, including the offer of safety escorts, which she did not utilize.  During our discussion we agreed going forward that Dr. Stanford would notify me or my department of any concerning communication by email, phone, etc.  There was no further complaint by Dr. Stanford about concerning communication.  Also as we had discussed during our meeting on her safety plan, I followed up with Dr. Stanford in July to see if there were concerns that needed to be addressed prior to the start of the school year.  Dr. Stanford did not express knowledge of any additional communications of concern.  Her safety plan and the offer of safety escorts remains in effect.
We took Dr. Stanford’s concerns very seriously, as we do all members of our community, and are committed to maintaining a safe environment.
Sincerely,
Chief Anne Glavin
Categories: Education | Family | Local | News | Safety
Tags: #lasentinel | Africana Studies | California State University | campus safety | Chief Anne Glavin | College | CSUN | CSUN President Dianne Harrison | Karin Stanford | liberal bias | Northridge | safety | Thandisizwe Chimurenga
The State Bar of California Issues Fraud Alert, Warns Fire Victims to Watch...
Three Found Guilty of Attempted Murder in Compton Shooting That Wounded Chi...
U.S. SMALL BUSINESS ADMINISTRATION ANNOUNCES DISASTER DECLARATION FOR LOS A...