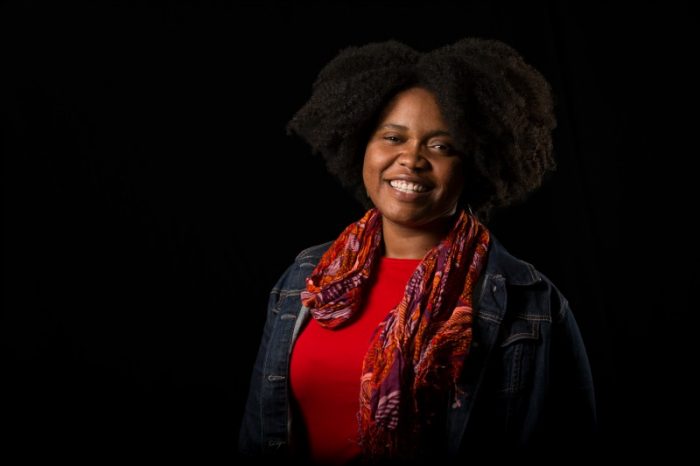 Natalie Graham, assistant professor of African American studies at Cal State Fullerton, is the winner of the 2016 Cave Canem Poetry Prize for her manuscript “Begin with a Failed Body.”

In addition to the $1,000 cash prize, Graham will receive publication by the University of Georgia Press in fall 2017, complimentary copies of the book and a feature reading in New York City.

“The collection contains poems that are often dark — reimagining iconic religious, literary, and historical figures,” she said. “They imagine a haunted Southern landscape where history is inescapable. When they speak of nation, religion or family, they often ruminate on the individual body’s frailty in the face of these larger, sturdier structures.”

The Florida native joined the CSUF faculty in 2013 after earning her M.F.A. in creative writing at the University of Florida and completing her doctorate in American studies at Michigan State University as a University Distinguished Fellow. Her poems have been published in the academic quarterly Callaloo, New England Review, Valley Voices: A Literary Review and Southern Humanities Review. She also is a Cave Canem fellow.

The Cave Canem Foundation was created in 1996 by Toi Derricotte and Cornelius Eady to remedy the underrepresentation of African American poets in the literary landscape. The New York-based group offers workshops and collaborative residencies for fellows.