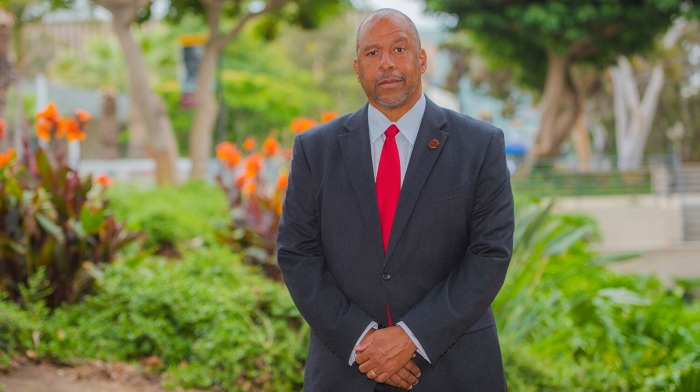 California State University, Dominguez Hills (CSUDH) President Thomas A. Parham has been elected to serve on the Coalition of Urban and Metropolitan Universities’ (CUMU) executive committee as a member at large. The coalition is the world’s largest organization committed to serving and connecting urban universities and their community partners.

The CUMU executive committee is made up of presidents and chancellors of universities that are “anchor institutions” in the regions they serve. The committee serves more than 100 member campuses worldwide.

“It is a privilege to have been elected to serve on the Coalition of Urban and Metropolitan Universities’ executive committee on behalf of California State University, Dominguez Hills,” said Parham. “We share many of the same values and institutional goals as fellow coalition members, and I look forward to frequent discussions and the sharing of best practices regarding civic engagement.”

The coalition responds to today’s educational, economic, and social challenges by creating and disseminating knowledge in a variety of ways, such as connecting and exchanging information and ideas among its members and partners during meetings and conferences, the Metropolitan Universities Journal, and through outcome-based research.

To learn more about the Coalition of Urban and Metropolitan Universities, visit cumuonline.org