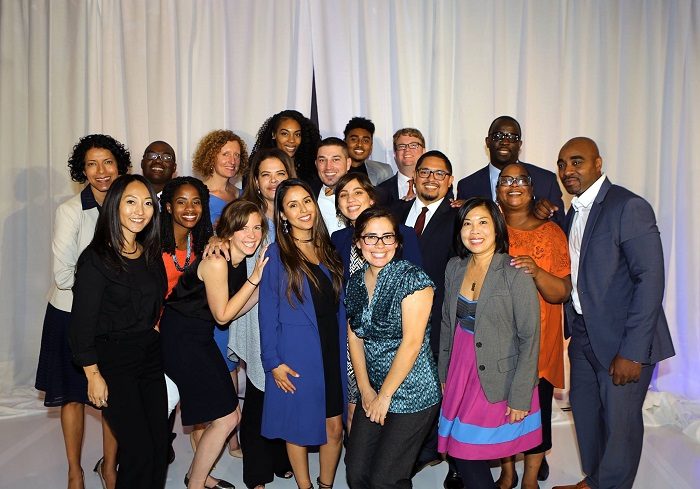 Californians for Safety and Justice (CSJ), is a nonprofit working with Californians from all walks of life to replace prison and justice system waste with common sense solutions that create safe neighborhoods and save public dollars. Through policy advocacy, public education, partnerships, and support for local best practices, the organization promotes effective criminal justice strategies to stop the cycle of crime and build healthy communities, according to its website.

The organization recently celebrated its 5th year anniversary with its partners and allies at the City Club Los Angeles on the 51st floor, overlooking downtown Los Angeles. Working with its partners, they’ve contributed to the Justice reform movement that has help reduced incarceration, mainstreamed support for reform and prioritized safer communities for all.

Alex Johnson CSJ Managing Director stated, “today is about celebrating the wins we’ve accomplished with our allies and partners over the past 5 years, but also looking forward to the future and making certain we don’t let our feet off of the accelerator and continue to push for deep reforms in the state to help give individuals who never had a first chance or second chance, to help insure we are making communities whole. Understanding that all of us have a role in providing and supporting public safety”. He continued, “to make it plain, we have to close prisons and reallocate dollars in order to build a community that we all want to live and grow in.”

The diverse room led us to a gentleman who was gazing out at the city; his name was Jack. Jack Morris began to tell his story of how he was in the Pelican Bay Prison Shu (Security Housing Units also unofficially known as “solitary confinement”) for 35 years and how Props 260, 261 and 57 helps change his life. He’s been out for the past 60 days and he now helps fight for Criminal Justice Reform with CSJ partner ARC (The Anti-Recidivism Coalition which provides a support network for formerly incarcerated young men and women, and advocate for fairer criminal justice policies.)

Morris stated, “before proposition 260, 261 and 57, I had no hope of getting out of prison at all. I figured I was going to die or go insane in that environment. I never really seen much of CDCR (California Department of Corrections and Rehabilitation) the rehabilitation, but now it’s starting to change. I was let out (of the SHU) as a result of the hunger strikes up there. “He continued, “I was one of the guys that was a criminal all my life. I grew up being criminal. I spent all my life in jail from a juvenile-to-adult. They finally let me go at 57 and now I know the positive way the educational way.”
He now works with ARC to help youth to not be a part of the system, by using his experiences. He wants to help them by sharing his story, his journey, his testimony. He stated, ”they classified me as worst of the worst; they wouldn’t let me around other prisoners. They said I was a threat to the security of the institution and now I’m on the 51st floor staring at the view and helping people.”

CSJ was at the forefront of winning two major criminal justice reform ballot initiatives in just two years, Propositions 47 and 57. As a result, today California’s prison and jail populations have dropped by approximately 15,000; over one million Californians have become eligible to remove old nonviolent felonies from old records; and $103 million dollars have been reallocated from the prisons budget to prevention and treatment.

One of its primary goals is to reduce the prison population by 30,000, which will allow the state to close five prisons and free up $1.5 billion to spend on drug rehabilitation, mental health, and job training that will help steer people away from a life of crime according to its analysis.

In addition to its statewide network of nearly 6,000 crime survivors, Californians for Safety and Justice is bringing together business and community leaders, policymakers, law enforcement, health professionals, educators, and crime-prevention experts to replace costly, old ways of doing business with new justice priorities that improve public safety without draining resources from our schools, hospitals and other community needs.

To learn more about Californians for Safety and Justice www.safeandjust.org.