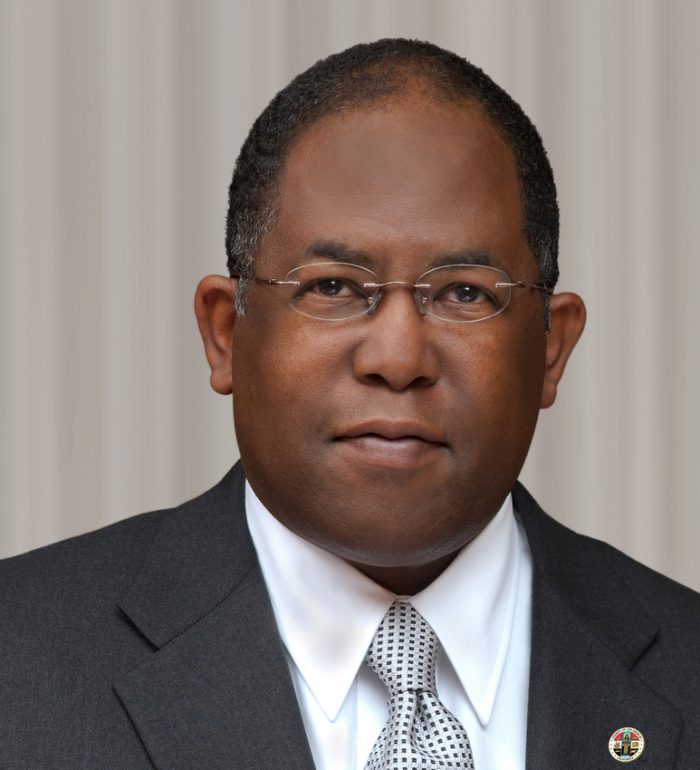 Supervisor Mark Ridley-Thomas asked for the renewal of the reward to find the stolen weapons. (Courtesy Photo)

The Los Angeles County Board of Supervisors renewed a $10,000 reward today in hopes of tracking down 31 Beretta and Glock pistols, believed to be police service weapons and stolen from a vault in Compton’s old City Hall.

The county money matches an identical offer from the federal Bureau of Alcohol, Tobacco, Firearms and Explosives, putting the total reward at $20,000.

Supervisor Mark Ridley-Thomas recommended extending the offer, which was set to expire Sunday, saying that getting guns off the street is a county priority.

In March 2017, Compton officials discovered a stash of nearly 200 firearms in a vault in the old city building at 600 N. Alameda St., stored there by the long-disbanded Compton Police Department. The weapons were turned over to — and inventoried by — the sheriff’s Department. But when deputies returned in August to move the guns to a new location, 31 .40-caliber pistols were missing.

The ATF is handling the investigation.

The Sheriff’s Department took over law enforcement duties in Compton in 2000.