Los Angeles City Councilwoman Nury Martinez, LAPD Deputy Chief Kris Pitcher, and LAPD Lieutenant Marc Evans announced the official three-year anniversary of the formation of the Operations-Valley Bureau Human Trafficking Task Force and the staggering results the impact has made in the northeast San Fernando Valley. Since the Councilwoman’s inception of this OVB Task Force in October 2015, a first of its kind in the City of Los Angeles, 1,717 arrests have been made for human trafficking, pimping, pandering, supervise, johns, loitering, lewd conduct, and other miscellaneous acts.

Through the success of the OVB Task Force, it has now become a model for other cities and agencies, including the recent launch of the Operations-South Bureau Human Trafficking Task Force in South LA. As part of the Task Force, the Councilwoman and LAPD also work closely with Journey Out to provide support to those who are being sexually exploited.

“Ever since I was a little girl, I have known there was a problem with sex trafficking along Sepulveda and Lankershim. This is why I made it my mission since I came into office to address these issues. Since launching the Operations-Valley Bureau Human Trafficking Task Force three years ago, we have already referred 236 women to our wonderful partner Journey Out. They have been there to help victims become survivors and rebuild their lives,” said Councilwoman Nury Martinez. “Through this Task Force, we are rescuing girls from a life of being trafficked and enslaved, and we are putting pedophiles, gang members, and other criminals behind bars.”

“With the unwavering support and commitment of Councilwoman Nury Martinez, the Operations-Valley Bureau Human Trafficking Task Force has been extremely successful and has become the model for other law enforcement agencies to follow,” said Deputy Chief Kris Pitcher. “After creating [email protected], we have developed many new partnerships with the community and placed an emphasis on arresting those who exploit our women and children. The work being done by our Task Force has significantly benefited the community. I am grateful for the Councilwoman’s vision and continued support of the Human Trafficking Task Force.”

“Throughout the three years the Operations-Valley Bureau Human Trafficking Task Force has existed, the unit has received the Excellence in Policing Award, the Rafer Johnson Medal of Justice, recognition from the LA County Board of Supervisors, the Los Angeles City Council, and many others,” said Lieutenant Marc Evans. “In spite of all the accolades, the officers assigned to the unit are constantly trying to improve in every way. The support and partnership from Councilwoman Martinez have been phenomenal. Deputy Chief Pitcher and Commander Lewis have been incredible as well. It has made for a great team to serve the community, as we strive to improve the quality of life for the residents and protect the vulnerable.”

“As a longtime Van Nuys resident, I have seen the different changes on Sepulveda Blvd. and Van Nuys as a whole. I remember seeing johns pick up women, sometimes even minors, right in front of my house. It was not a good sight. This is why I am so glad Councilwoman Martinez took it upon herself to start the Operations-Valley Bureau Human Trafficking Task Force,” said Penny Meyer, a longtime resident of Van Nuys. “Through the leadership of Councilwoman Martinez, Sepulveda Blvd. has dramatically changed and we have made great progress in changing the mindset of how we deal with this situation. Nowadays, it is a surprise if I even see one woman walking across Sepulveda. Thank you to Councilwoman Martinez and LAPD for doing right by our community.” 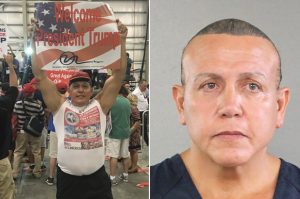 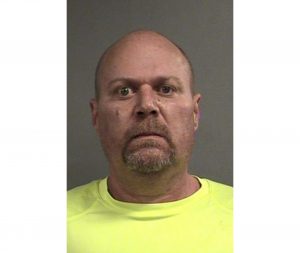