City Council President Herb Wesson has moved to raise the minimum wages of rideshare drivers to $30 per hour in the City of Los Angeles, a significant policy proposal that would economically empower thousands of the City’s rideshare workers who have seen their earnings steadily decrease over the last several years. Specifically, the measure would require ridesharing companies to compensate drivers with a $15 per hour wage, and also require the companies to provide at least $15 per hour for operating expenses like gas, insurance, and basic wear-and-tear on the driver’s vehicle.

“The flexibility that a ridesharing gig provides should not serve as an excuse for short-changing these drivers,” said Wesson. “Earning less than $10 per hour in Los Angeles simply won’t cut it. If these companies want to operate in Los Angeles, they need to compensate their workers fairly.”

Last year, the Economic Policy Institute found that the average W-2 employee equivalent wage for Uber drivers after expenses, fees, and taxes is $9.21 an hour. A study by the UCLA Labor Center concluded that nearly 1 in 5 rideshare drivers in Los Angeles receive some form of public assistance and 44% struggle to pay for work expenses.

According to the City’s Department of Transportation, approximately 250,000 rideshare drivers across Los Angeles completed nearly 9 million rides in 2018.

“While ridesharing services like Uber and Lyft are creating safer mobility options for our residents, their business model is not aligned with our City’s deep-rooted values and weakens the City’s social safety net set up to protect the most vulnerable members of our community,” said Wesson.

In the same way Los Angeles became one of the first major cities in the country to pass a $15 minimum wage, the rideshare motion put forward by Wesson represents one of the most significant rebukes at the local level of gig-economy companies that take advantage of independent contractors in search of flexible work schedules or a supplement to their incomes.

The move comes on the heels of the California state legislature’s passage of a landmark policy, AB 5, to put a stop to the rampant misclassification of rideshare drivers who are classified as independent contractors, which allows the companies to avoid paying for employee benefits such as unemployment insurance, workers’ compensation, disability insurance, minimum wage, health insurance premiums, and reimbursement for business-related expenses.

The proposal will now head to the Economic Development Committee, where it is expected to be heard in the coming weeks. 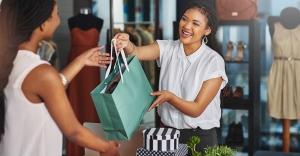 Marketers Should Show More Respect for the Black Consumer, According to a R...