The recent revelation of the racist rant, irrational reasoning and inequitable reordering of the political map of Los Angeles by a group of Latina/o city council and labor leaders offers useful insights and lessons in racial, racialized and racist sentiments, thought and practice in American politics, regardless of the local and Latino context in which it occurred.

Certainly, we who know them personally and politically from other contexts and times, and have worked to build Black/Brown alliances and support Latino interests even when they were small in number, share the shock of discovering they could be so crude, cruel and crassly racist in language and zero-sum conceptions of political planning and practice. But we are compelled by the undeniable evidence to accept that their personal positions are grossly different from their public self-presentations.

Likewise, we must not rush to confuse members of the Latino political elite for the whole of the Mexican or Latino community. Nor must we deny or diminish the reality of anti-Black racism, and anti-Native American colorism within the Latino community. For again, regardless of its Latino expression in this context, in a larger sense and understanding, this racism and colorism are interrelated and linked as a reflection and reality of American society.

Indeed, in both form and substance, this tawdry and telling racist performance is America in miniature, vintage racist Americana without the virus mask to shield us and disguise them. Thus, this recent revelation and the ongoing reality of anti-Black racism and anti-Indigenous colorism raises for us the urgent need to confront the shifting color of racism in L.A. and the country as a whole and to increase our resistance to the existing racist tyranny of the majority and the emerging tyranny of another majority.

Clearly, we, like every other organization, institution or person of conscience and commitment to a just, good, equitable and inclusive society, are morally compelled to condemn unreservedly this vitriolic, vile and vicious session, reeking with racist language and illogic, and evidencing an unrelenting callous disregard for the dignity, rights and rightful interests of African Americans and Native Americans. Indeed, even the Black child was not spared racism’s hatred, hatefulness and hostility, for racism allows no such humane exceptions. And the rant and co-signing in silence or in open reaffirmation left no ground for anyone of them to claim innocence or a lesser degree of culpability.

Let us then, strongly praise the rapid response of the people, united across racial lines with African Americans and Indigenous peoples at the center, demanding and forcing the resignation of the ring leader, former council president Nury Martinez, and the labor leader Ron Hernandez of the L.A. County Federation of Labor, whose presence and participation demonstrated some of the problems facing Black people in terms of political representation and Black workers within and without unions, i.e., equity in employment, contracts and leadership.

And the struggle must continue to remove the other two offending council members, Gil Cedillo and Kevin de León, in the interest of the people to repair the wound and breach and to continue to move toward the just, good and equitable city and society we all want, struggle for and deserve. For it was not simply the social savagery of the racist language of which they are all guilty, but also the evidence of their real practice and intention of turning this hatred and hostility into public policy, following the model and mindset of our common oppressor.

Thus, here we must expand our understanding of racism which expresses itself as imposition (violence on every level), ideology (justification of the system and its rulers), and institutional arrangements (structures, processes, policies and practices to promote and perpetuate the imposition and ideology). Our position once was that people of color in this country could not be racist because they did not have the systemic power to impose.

But in systems of oppression, there are always perpetuators, collaborators and victims. And although the collaborators do not have original power, they can and do have derivative power, power derived from the system, and thus are able to impose, justify and use institutional arrangements to oppress vulnerable victims in ways authorized, encouraged and supported by the system.

Now, Whites are still dominant, but as Latinos become a majority, they can either continue to join us and others oppressed and in struggle for a just, good, equitable and inclusive society or they can simply seek a comfortable and collaborating place in the system of White supremacy, acting as agents and junior oppressors in a system that still oppresses them and their people. Our righteous and relentless struggle as a people has been against the tyranny of the majority, a White majority, and we cannot and will not accept the tyranny of another majority.

By tyranny we mean the evil, unjust and oppressive rule of the majority, especially under the camouflage and cover of democracy. Indeed, Haji Malcolm defined this democracy as essentially “disguised hypocrisy,” a claiming and gaming with seductive words and suppressive deeds. As we have noted before, it is not a real democracy but a “herrenvolk democracy,” a master-race democracy, in which the ruling race/class practices it for themselves in various ways and imposes tyranny on others different and vulnerable.

It justifies itself by mystifying and magnifying the meaning of numbers. But we know from history and daily experience, the majority are not always right, rational, just or respectful of the dignity, rights, needs and aspirations of the minority. Indeed, from the beginning, the White majority and its ruling race/class has been, not only unjust, but also genocidal, enslaving, holocaust-creating, segregationist, suppressive, repressive and oppressive in various other ways against Native Americans, African Americans, Latina/o Americans and Asian Americans, and others different and vulnerable.

Even with the shifting numbers of the majority, Whites still control the governments and non-governmental institutions of wealth and power, i.e., corporations, banks, investment firms, the media, commercial and social, and the foundations. So even with a majority of Latinos and/or peoples of color, we will still have to deal together with structural and systemic White dominance as the South African historical and current situation informs us.

And we cannot do this successfully if Latinos focus on imagined Black power and overlook, excuse and avoid challenging White power and the systemic racism which it established and maintains.

It is in this context of the tyranny of the majority that I have called their racist laws racist hatred and hostility turned into public policy and socially sanctioned practice. These include: the laws and policies to suppress our vote; the gerrymandering of our districts to deny and diminish our communal political power; the legislative, judicial and proposition attacks on Affirmative Action and diversity, equity and inclusive initiatives; police practices as an occupying army, militarized and murderous, acting as both representatives and the reality of the armed majority aggressive and merciless under the color, camouflage and cover of law.

The critical task before us, then, as always, is to continue our righteous and relentless struggle to be ourselves and free ourselves and expand the realm of freedom, justice, equity and good in this society and world. Within this overarching historic and ongoing initiative, we must continue to demand and struggle for the resignations of the two hold-out councilmen; support and monitor the urgent investigation of the redistricting plan and call for the rejection of the tainted plan and for a new commission reflective of the diversity of peoples and a new plan that is respectful of what is right, just, inclusive and equitable, not just about numbers.

Also, in spite of our sense of betrayal and broken alliance and understandable shock at our allies imitating our common oppressor, we must continue to build and strengthen Black/Brown coalitions and alliances. Indeed, we must build new, expansive and more inclusive ones, including African Americans, Native Americans, Latina/o Americans and Asian Americans.

Moreover, we have to build intercommunal projects of work and struggle which address the critical issues facing the Black community in this time of transition: equitable employment in the face of employer racial preference and Latino kinship and ethnic networks; adequate union support for securing equity in work, contracts and leadership; negotiating neighborhood transitions and issues of space, place, and quality relations; and equity and justice in political representation, public resource distribution and education.

Finally, we must continue to rebuild and build the Black Liberation Movement, a societal movement of all oppressed, struggling and progressive people and an international movement to redraw the political map of L.A. and America, and create conditions that provide just and equitable space, power and resources for all, regardless of name or number, color or imposed condition of life.

And as always, we must constantly be attentive to the well-being of the world and all in it, for as our honored ancestor, Nana Dr. Mary McLeod Bethune, taught us “We must remake the world. The task is nothing less than that.” 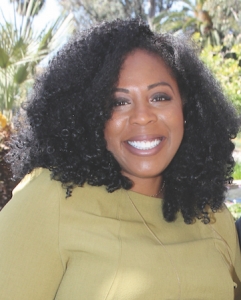 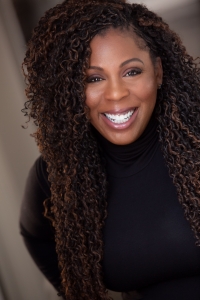 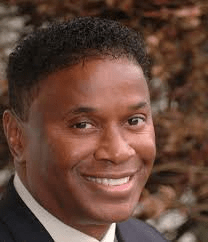 Measure HC is Unfair and Unequal for Health Care Workers