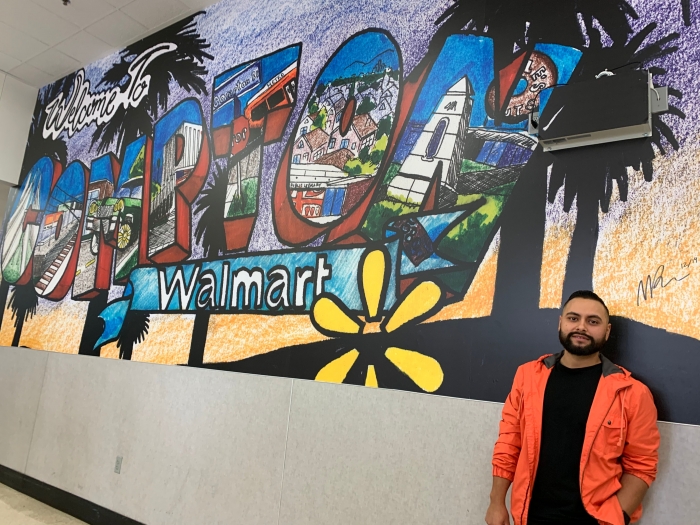 This morning, during a community celebration, the Walmart Supercenter in Compton unveiled a new mural to customers, community leaders, and members of the art community. The mural is the first in California to be unveiled by the retailer as part of a new initiative in select Walmart stores.

The mural, titled “Compton Welcomes You,” was designed by local artist, Michael Rangel. Rangel was selected by the Compton Walmart Supercenter’s associates and was asked to create a piece that represents the store’s associates, customers and the community.

“I’m honored to be a part of this project and create a piece that symbolizes a city I know and love,” said Rangel. “My art is inspired by my surroundings and there’s so much history and vibrance in Compton. From the food, to the people and the cars, there’s a rich culture and a deep sense of community here that makes the city so unique, while constantly changing.”

Store co-manager and Compton native, Gloria Lujan, was one of the associates who helped select the artist and worked with Rangel to bring the store’s vision to life. “We are excited to have found an artist who had a strong connection to the place where we work and live,” said Lujan. “We are very proud of our city. We wanted a mural that represents where we’re from and shows the history and strength of our community.” 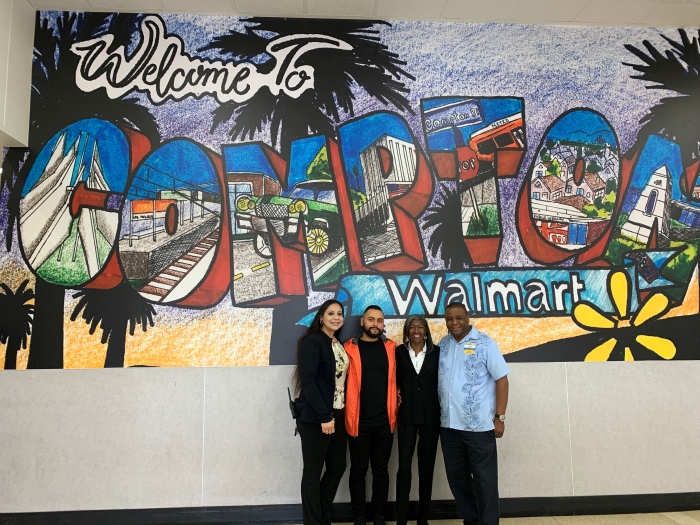 Emma Sharif, Mayor Pro Tem and Compton District 4 Councilwoman attended the mural unveiling and addressed the crowd: “This store is truly a store of the community and this beautiful gesture is just one of the many ways Compton associates continue to engage with and show their love for Compton. It brings me so much joy to be one of the first cities to have a mural as part of Walmart’s new initiative. It’s much more than a mural: it’s a celebration of who we are as a city. It’s a warm welcome to everyone who walks through the doors of a store that takes pride in being a part of this city we call home.”

Compton Walmart customers, fans of the artist and members of the community are invited to view and take pictures of the new mural and join the conversation on social channels using #WalmartMurals.