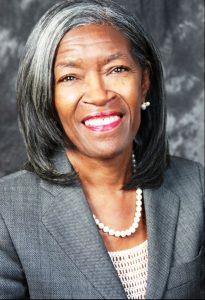 Compton has become the first Los Angeles County city to pass a resolution intended to bring much-needed relief to its overburdened justice system by adding Community Collaborative Courts (CCC) to the mix. The CCC is a collaboration of courts including a city’s probation department, the public defenders office, district attorneys and all mental health agencies. Currently, only very few counties in the country use such a system.

Compton City Council Member Emma Sharif, District 4, spearheaded the effort to introduce the CCC system to the city by bringing several experts in to speak to city council members about the benefits.

“This all started with the fact that I was really sick of seeing such a blatant display of prostitution (and) human trafficking every time I drove down certain stretches of Long Beach Boulevard,” said Council Member Sharif. “There needs to be a solution that doesn’t involve clogging up our court system and jails. We can’t arrest our way out of a problem like this.”

When Sharif first turned to L.A. County Superior Court Judge Karen Ackerson Gauff for advice, Judge Gauff was assigned to the drug treatment court at the Compton Courthouse, where approximately half-a-dozen professionals were on hand to advise her on the best treatment for each individual.

The judge pointed out that the seldom-used Collaborative Court system is a non-adversarial court that’s modeled after drug treatment courts, but addresses the needs of several at-risk and vulnerable populations and their issues including “transition-aged, at-risk youth,” (TAY); veterans; the homeless; and those with mental health and substance abuse issues.

As Judge Gauff puts it, the CCC is, “six different types of courts in one courtroom, which includes those trying to overcome sexual exploitation.”

Attorneys representing defendants appearing before the judge collaborate to see whether their clients should be in the program. If so, the CCC’s team of professionals decide the type of treatment recommended and then submit their findings to the judge for a decision.

Captain Michael Thatcher of the L.A. County Sheriff’s Office Compton Station says, “I back (Council Member) Sharif’s efforts to bring (CCC) to Compton 100-percent. Many of the people that will be before these courts suffer from several disorders. It makes no sense to use Compton’s jail facilities to house them. Despite our increasing care levels, we are not the best long-term caregivers.”

Cpt. Thatcher also sees the CCC as a way to reduce violence between law enforcement officers and the mentally ill.

“[Sheriff’s deputies] from Compton Station responded to almost 94,000 calls between May 2015 and May 2016,” he points out. “Deputies needed to use force to resolve situations 56 times.”

While that only represents just 0.06% of those contacts, Cpt. Thatcher says, “25 of them involved people who had mental disorders and/or were under the influence of a controlled substance.” Those are 25 violent contacts Thatcher believes could have been avoided if there was a CCC in place at the Compton Courthouse.

Sharif says she has scheduled weekly meetings with Judge Gauff and professionals who would be CCC advisors in order to have the new court operational as soon as possible.

“We have no choice but to take a different approach and have a different mindset,” Sharif says, “and that simply means changing the way we do things.”