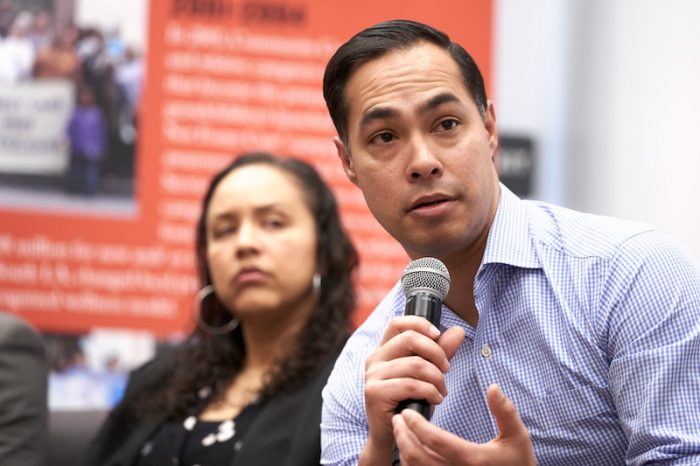 The Community Coalition is widely known across South Los Angeles for uplifting the voices of Black and Brown residents, surrounding topics like poverty, crime, and violence. As part of its ongoing mission to “help transform the social and economic conditions in South L.A.,” the organization led a roundtable discussion with secretary of housing and urban development and 2020 presidential candidate, Julián Castro.

The event was held on Monday, March 4, at the Community Coalition headquarters to provide Castro with the opportunity to hear from local residents and community-based organizations regarding issues that affect African Americans and Latinos in local communities. Community Coalition president and CEO, Alberto Retana moderated the meeting.

Walker spoke first explaining how the Community Coalition changed her and her family’s life.

“I continue to volunteer with SCYEA after I graduated high school because I know that there are Black and Brown youth in my community that still need help and need to know what leadership is,” she said.

“If we don’t teach them who will? I feel like there were many factors in my life and me and my brothers lives that were very negative and very detrimental to my family, but having COCO [Community Coalition] as a family showed us how to do things.”

Another topic discussed during the meeting, was this idea of equity in marginalized communities and the negative effects of proposition 13. 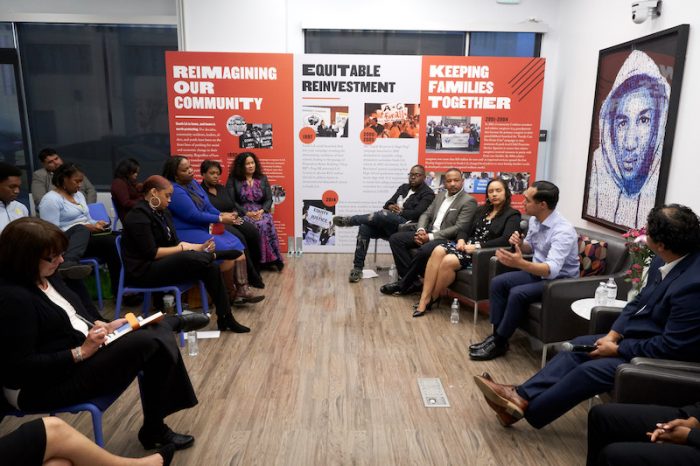 “About 50 years ago, the state [named itself] the golden state and that came about from decades of investment in our infrastructure, in our schools, and so on and so forth. What happened though is it became very clear overtime that it [California] was a golden state for a few folks and not for everybody,” said Kim.

He goes on to say that there needs to be a continued push and fight for equity and excellence in the South L.A. community. The event continued with statements regarding Black and Brown voter engagement, raising the minimum wage in California, and providing resources for men and women, who have been released from prison.

After hearing the concerns of the community members and local organizations, Castro shared his thoughts.

“Thank you everyone for sharing the work you are doing in the community and your stories. What I am most proud of with this effort [involving] the Community Coalition is that it empowers residents themselves to be the engine of that change,” he said.

“I have been in public service long enough to know that a lot of times at the table where decisions are made, those decisions are made without the perspective of the people who are actually impacted and being affected and because of that sometimes things are made worse or sometimes you have a solution or an approach that is not as effective as it could be. Your activism, your energy, and your demanding of all of us who are running for office and those who are in office to be accountable is exactly what communities need.”

Community Coalition president and CEO, Retana closed the meeting by inviting Castro back to the center to share his vision for helping Black and Latino communities in South L.A.