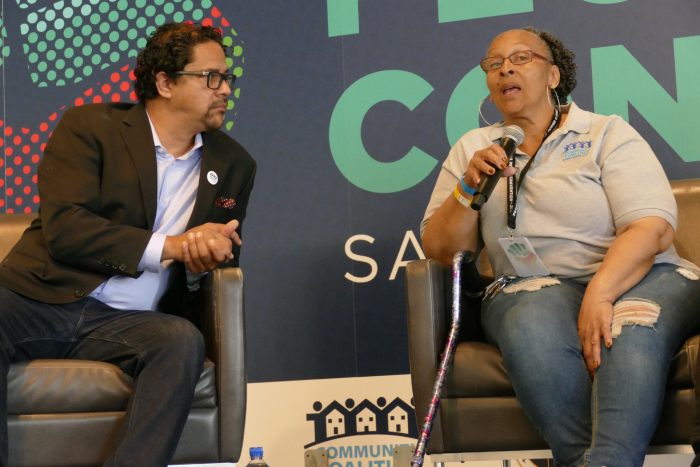 Rye is Principal and CEO of IMPACT Strategies, a political advocacy firm in the nation’s capital. Also, she is a CNN political commentator and NPR political analyst.

According to a spokesperson, “Angela has been featured as an influential politico, lawyer, and advocate by several publications and outlets from Marie Claire to Ebony and the Washington Post.  She has an unwavering commitment to ensuring positive change in the political process.” 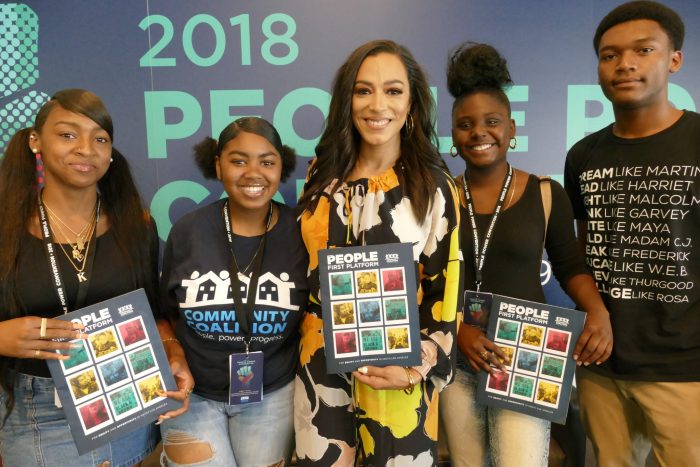 During the convention, Community Coalition unveiled its “People First Platform,” an agenda focused on building a prosperous community for Black and Brown families in South L.A. Developed with the involvement of thousands of South LA youth and residents, the People First Platform is a community vision that places people first: people before corporations, bail bond industries, absentee landowners, or other special interests.

In addition, the event included a special youth track where students ages 13-to-18 engaged in different leadership development and skill-strengthening workshops geared towards building healthier schools and communities. A civic school was held to introduceyouth under age 12 to aid them in transforming their visions for their community into reality.

A popular highlight was the South L.A. Tour with residents sharing the community’s history, growth, and efforts to improve conditions. Musical performances, food and visual art were included as well. 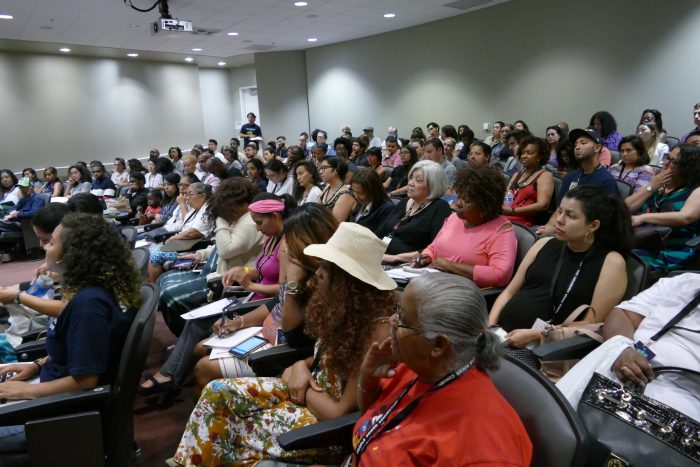 South L.A. residents and allies discuss the opportunities and implications that come with economic development in South Los Angeles in the “The People’s Land” workshop. (Courtesy photo)