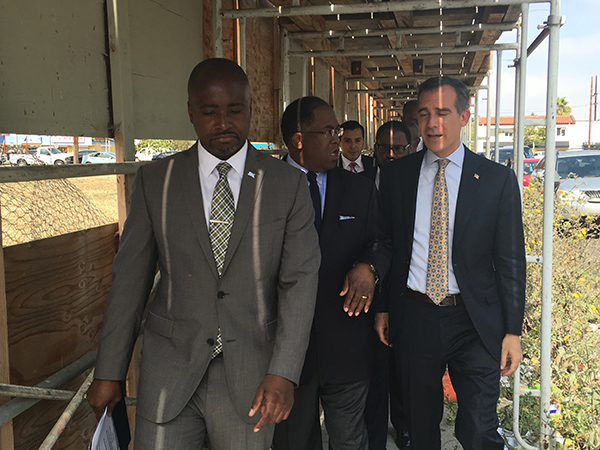 LOS ANGELES—State and local civil leaders held a press conference in front of an empty lot to discuss their latest efforts to combat homelessness and the longstanding problem of blighted and vacant properties throughout Los Angeles.

“Homelessness is real and it’s growing in our community, and we have to stand up and provide affordable housing, shelter and services to the people who are homeless,” Ridley-Thomas said.

“Afterall, they are our families.  They are members of our community, and we can do better than that, and we are going to do that,” he stated.

The lot on east side of Vermont Ave. between 84th and 85th Streets was cleared by the owner two days before the press conference, according to City Councilmember Marqueece Harris-Dawson.  However, it had been blighted for decades and had become the site of a homeless encampment and a threat to public safety, he and other city officials said.

In May, two homeless people were set on fire in the lot, when Phillip Cole, a transient, allegedly threw flammable liquid on them, according to police.

“I’m happy that people have shown up to respond, but I think that’s just a reflection of the frustration that we have with the lot,” said Harris-Dawson. 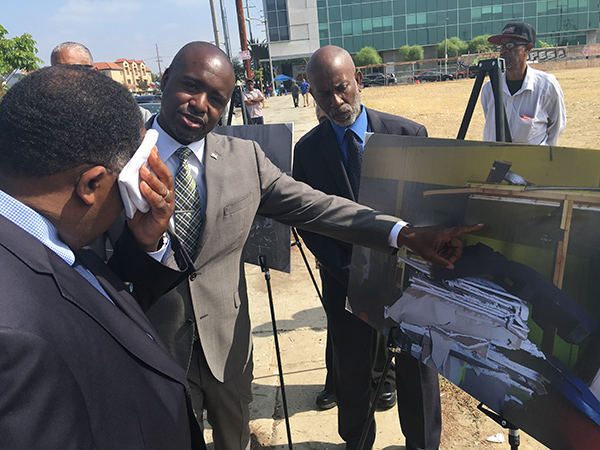 “This lot has been here for a full generation.  Children have been born, gone to school, gone to college, graduated and have careers in the time that it’s taken to do something with this lot, and so we want to make sure that the owner understands loud and clear that we’re not going to tolerate slum conditions and the entire city is waiting for him to get this done,” he further stated.

According to the former community activist, also former executive director of the Community Coalition, located a few blocks from the vacant lot, owner Eli Sasson cleaned up the site when city officials announced the press conference.

“He moved the homeless back into the alley, and onto the other side of his lot that we weren’t going to be on.  It just shows you that everybody fully expects that nothing is going to happen, that what he’s done for 24 years he’ll do for 24 more years if he’s allowed to, and it’ll contribute to blight,” he said.

During a tour of the block, the delegation saw a pit in the back of the lot, where some took shelter.  It was filled with clothing and other items.

According to Harris-Dawson, city officials have very limited powers to compel property owners to do something, but they can apply community pressure.

“City, County, and State — our arms are locked together in an extraordinary partnership to take on this homelessness crisis,” said Garcetti.

A day earlier, Supervisor Ridley-Thomas traveled to Sacramento where the state Assembly, acting on a request from the County and the City, passed House Resolution 56, urging the governor to declare a statewide emergency due to homelessness.  Santiago and Assembly Budget Chairman Phil Ting authored the resolution.

Los Angeles leads the state with 47,000 homeless on any given night, according to Ridley-Thomas.  Recently, L.A. County launched a petition drive asking residents to contact the governor and demand that he declare a state of emergency.  More than 13,000 people have responded so far. 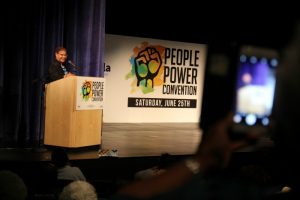 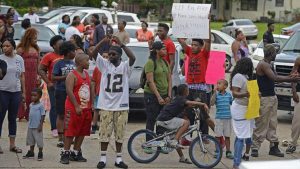 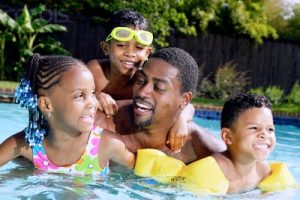 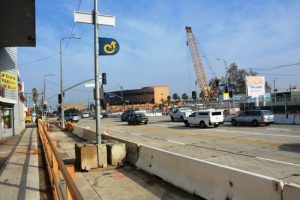