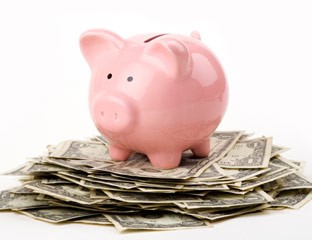 The City Council voted last Friday to explore the creation of a savings account program for students in the Los Angeles Unified School District.

The idea is being championed by City Councilman David Ryu, who has pointed to research concluding that child savings accounts can increase a student’s likelihood of attending college.

Under the proposed program, $50 would be deposited in a savings account for each kindergartener when they enroll in a district school, and that contribution could potentially be matched by private donors.

The cost could be between $2.7 million and $3.4 million annually for the city, and the account could grow to hundreds of dollars by the time the child graduates, according to a city staff report.

The council’s 11-0 vote directs the Housing and Community Investment Department to explore funding opportunities to hire a consultant to prepare a study on how the program could be implemented, and to release a request for proposals on a comprehensive analysis on creating a pilot program.

“Everywhere I go, every time I mention this, everyone is interested in this,” Ryu said at a committee meeting earlier this month.

“We would be the first large city to implement such a program, but it is proven it works. Everyone I talk to wants to partner on it.”

One potential problem noted in the staff report is that LAUSD does not just cover the boundaries of the city of Los Angeles, but includes all or part of 31 smaller municipalities such as West Hollywood and San Fernando.

If the city created a program for all the district’s students, it would be giving money directly to thousands who are not residents of the city, which “may pose operational and legal challenges” in replicating programs in other cities, the report said.

The district currently has roughly 44,000 students in kindergarten this year within the city’s boundaries, but 55,000 districtwide.

If the city were to donate $50 per student, it would cost $2.7 million per year for students who live in L.A., or $3.4 million for all of the district’s students.