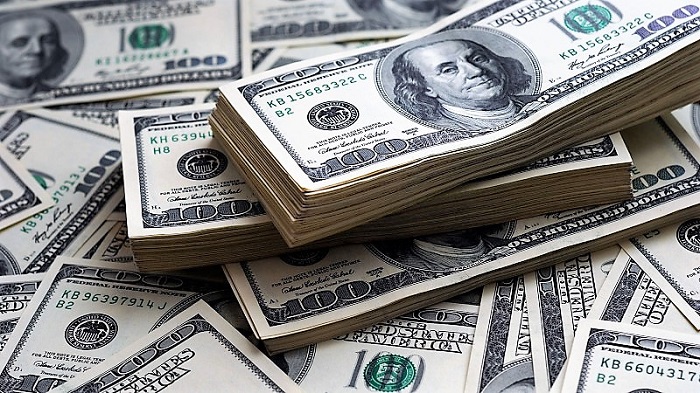 Vision Zero had been one of the sticking points during the Budget and Finance Committee’s final deliberation on the budget last week and ended with a recommendation to put potential funding for the program in a $23 million unappropriated balance.

Councilman Mike Bonin and Councilwoman Nury Martinez had opposed the move because it did not guarantee any of the money would go toward Vision Zero, but Bonin and Councilman Paul Krekorian, who chairs the Budget and Finance Committee, struck a late deal that allows for about $17 million in direct funding for the program, which had been the amount originally recommended in Mayor Eric Garcetti’s proposed budget.

“Today’s vote shows that the city of Los Angeles is going to step up to make our streets safer and our communities better places to live, work and enjoy,” Bonin said.

The $17 million would also be in addition to about $9 million in Vision Zero funds that have been included in various departments’ budgets, including the police department’s. The program only received $3 million in the 2016-17 budget.

The Vision Zero debate had been centered around the fact that part of the money will come from Measure M, a November ballot expected to raise $120 billion in the county over 40 years for public transit.

Some council members had expressed concern that Measure M was pitched to voters as a street improvement program that would be used to fix streets and sidewalks, and not for safety improvements.

Part of the deal Krekorian and Bonin struck was by focusing on where the two ideas overlapped and where money that could be used for street repairs could be done as part of a Vision Zero effort. Krekorian argued the two ideas were not mutually exclusive.

“There is an overlap in these areas, and I think through further thoughtful discussion we have achieved the goal I think of identifying where that overlap should be and specifying funding that would fund a significant investment in Vision Zero’s specific goals as well,” Krekorian said.

The Vision Zero plan centers around an identified series of streets, called the High Injury Network, which have a higher incidence of severe and fatal collisions and prioritizes those streets for safety improvements. The program began in 2015 through an executive directive and aims to eliminate traffic deaths in the city by 2025.

The budget proposal approved by the council, which closely aligns overall with Garcetti’s proposed budget but does include some adjustments, was approved with a 14-0 vote, although it was not the official vote on the budget, which will come next week after city staff makes adjustments that were discussed Thursday.

The budget has a $456 million increase in revenue over the 2016-17 budget, a 5.2 percent bump made possible in part by a series of city, county and state tax hikes. As a result of the increased revenue, many departments and constituent services are seeing budget increases while the city also maintains a 5 percent reserve fund.

Krekorian also noted the increased revenues were due to the city collecting more in business taxes, property taxes and utility taxes. But despite the increases, he expressed regret at what the budget accomplishes.

“As we have emerged from the Great Recession, I had hope we would be further along in the restoration of city services,” Krekorian said, who also described the budget as “constrained” due to uncertainty about the future economy, increasing legal liabilities, and President Donald Trump’s threat to cut off federal funding to cities that do not cooperate on his immigration policies.

The budget includes $176 million in funding for programs for the homeless, a significant $38 million increase over the 2016-17 budget. It also includes $31 million for sidewalk repairs, which is the first down payment on a $1 billion program to fix all of the city’s sidewalks over the next 30 years.

Another early topic that caused a stir was the money allocated for police overtime, with the Los Angeles Police Protective League, which represents the rank-and-file police officers, objecting to the mayor’s proposed budget, which called for $80 million in overtime hours for officers.

The proposal was $10 million less than the current fiscal year, but also included $41 million in overtime hours for the department’s new contract to patrol Metro trains and buses within the city’s borders starting July 1. The $41 million will come from Metro.

The union said the budget moves were a slight of hand violating the provision of its contract with the city to provide at least $100 million in overtime hours.

City officials, including Garcetti and Police Chief Charlie Beck, has assured the public when the Metro contract was announced that it would not result in less officers on regular patrol because it would be fulfilled primarily through overtime hours.

Beck told the Budget and Finance Committee that the regular budget overtime reduction would result in officers next year starting around May likely having to take their overtime hours on what is called “compensatory time off,” or CTO. CTO comes in lieu of officers collecting overtime pay in cash, which essentially rolls the cost of the overtime to a future date or, as Beck put it, “putting police services on the city’s credit card.”

But the Budget and Finance Committee cleared space for an extra $10 million into an unappropriated balance that could be used for overtime if it is needed, and the change appeased the union.

“We’re not doing back flips, but it works for us,” Tom Saggau, a spokesman for the LAPPL, told City News Service.

The increase comes from the fact that the city has already paid out over $120 million for legal settlements this fiscal year, which has resulted in the council debating if it should issue a judgment obligation bond of $60 million dollars to avoid having to use budget reserves to pay for the cost overrun.

Krekorian, who previously said that legal liability is the “least scientific” part of the budget process due to the unpredictability of court cases, said the number of $108 million was reached based on an average in payouts the city has made the last several years, although he noted it was less than what it paid this year.

“That’s a concern, because if this year is not an outlier, for example, we’re going to have a gap,” he said.
Krekorian said to address the unpredictability, he planned to propose a system where unused liability money in any fiscal year would roll over to the next year.