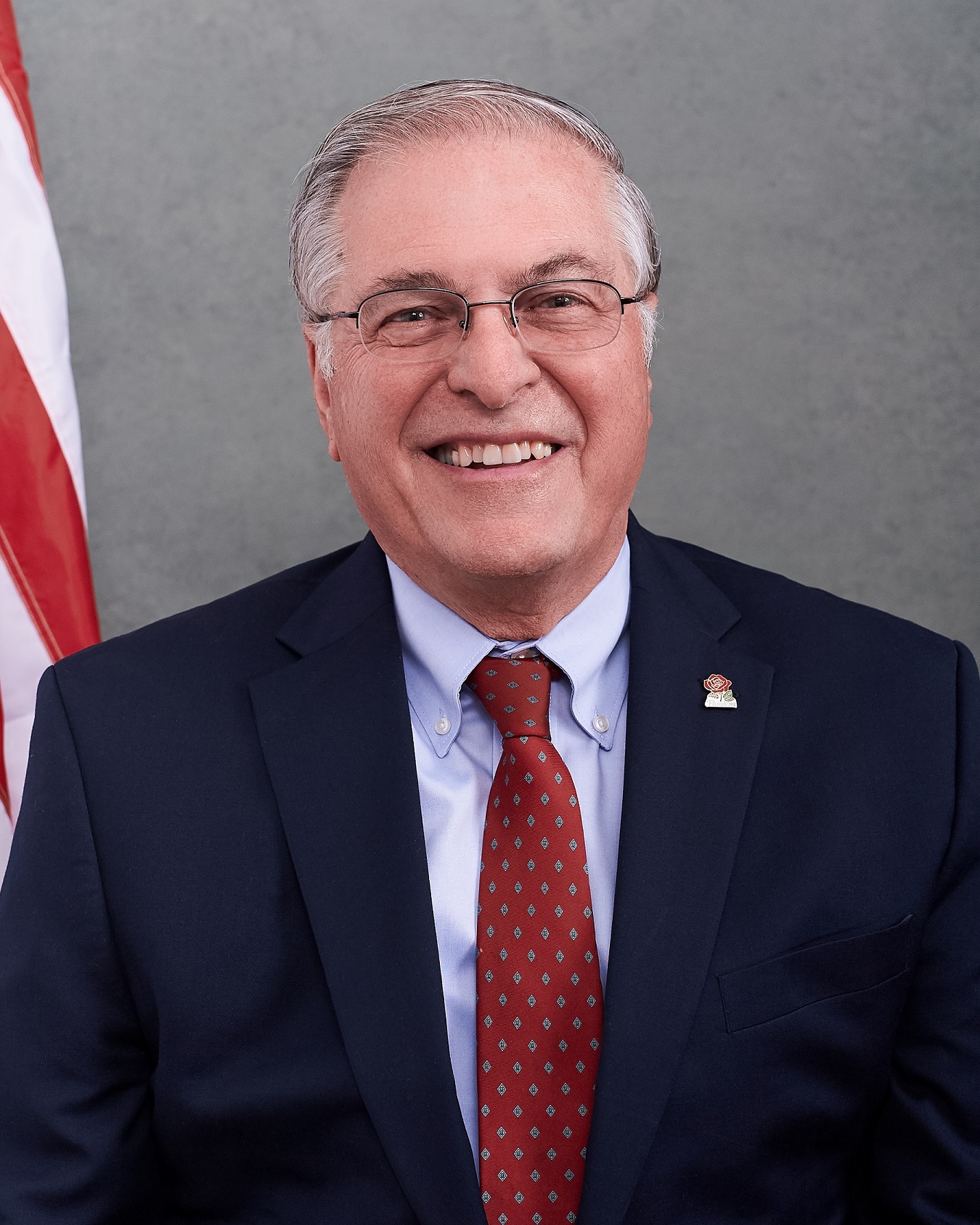 National politics is increasingly marked by negative messaging cynically intended to inflame rather than inform voters. It’s disturbing to see the same happening in our local mayoral race.

Residents and city staff have been lamenting that they’ve never seen the degree of noxious politics, nor the massive outside spending thereupon, that we’re now seeing in a local campaign. While Mayor Terry Tornek has focused his campaign on pragmatism and optimism, outlining specific goals for the future, his opponent has unfortunately traded in cynicism. 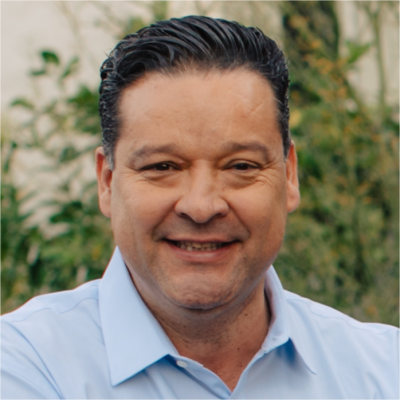 As of mid-October, Gordo had already spent well over half a million dollars: $611,137 according to his campaign’s reporting. All on a Pasadena mayoral race. And a smear campaign.

Cynicism fuels the main argument Gordo keeps trying to throw at the mayor: that he was supposedly “missing in action” at the beginning of the coronavirus pandemic due to a “junket.” It’s a strange claim to run on. Not only because it ranges from grossly misleading to false, but because it’s an obvious non-issue.

As we know, City government carried on just fine during the brief period Mayor Tornek, Councilmember John Kennedy, and the rest of the multicultural Pasadena delegation were on the long-planned diplomatic mission to complete the bilateral commitment to our very first African Sister City: Dakar-Plateau, Senegal. (Gordo knows this was no “junket”; it cost the City nothing.)

This meant a great deal to many Pasadenans. Particularly Pasadenans of color. To belittle it is disrespectful to all who cared about the importance of this historic cultural and economic exchange.

From our Sister City in Senegal, the mayor continued to monitor the progress of Covid-19 back home. While he was unable to attend just one meeting (the only meeting he’s ever missed in five years), he knew it wouldn’t be an issue for two reasons:

1. As City Manager Steve Mermell confirmed during that special meeting: Tornek had been in touch with him “throughout this unfolding crisis,” and 2. Tornek knew the meeting was in the capable hands of Vice Mayor Tyrone Hampton.

The argument Mr. Gordo and his vocal donors like Ralph Frammolino and Bill Paparian seem to be making is that they lacked confidence in Vice Mayor Hampton’s ability to lead that one meeting, and that the City somehow suffered, because it was Hampton, not Tornek, running it.

Like the mayor and other members of City Council and staff, I respectfully yet firmly disagree.

Mayor Tornek had complete confidence in Vice Mayor Hampton, and the meeting in fact went off without a hitch. All motions ultimately passed unanimously.

Hence, Gordo’s smear is a non-issue. A sadly cynical distraction. (One wonders if Gordo and Paparian recognize the irony in criticizing the mayor’s “moral character” in Gordo’s own grossly deceptive flyer.)

Fact is, it’s largely thanks to Mayor Tornek’s pragmatism and foresight that we avoided dangerous budget cuts, and had the needed funds at the ready to cover emergency programs for things like food insecurity, rental assistance, small business subsidies, an emergency medical facility, additional housing for the homeless, an anti-eviction moratorium for businesses and renters, and other responses that have helped us weather this storm better than many cities.

Mr. Frammolino recently tried to defend Mr. Gordo’s smear campaign, but surely he knows that sending flyers to voters that falsely indicate the mayor went on a pleasure trip to Portugal at that time (which Gordo, Frammolino, and Paparian all know never actually happened) is dirty politics, plain and simple. (It would also be nice if Mr. Frammolino could learn how to spell my name when using me in his hit piece.)

It’s also cynical, because they’re presuming voters don’t know the truth. It’s not respectful of our intelligence or decency.

But it is in keeping with how Gordo has been campaigning. He spent much of the past year also trying to smear the mayor over the City’s decision to leave the San Gabriel Valley Council of Governments (SGVCOG), by falsely claiming the mayor somehow pulled us out, and that it was a bad choice.

More cynicism on Gordo’s part, since he was evidently banking on voters not being informed enough to know that such a decision required a majority vote of the City Council, or that one of the reasons was that SGVCOG was strongly supporting the 710 tunnel under Pasadena, which residents and the mayor steadfastly opposed.

Mayor Tornek and the majority of City Council didn’t feel we should keep paying high dues to an organization that had become more of a public works project construction organization that was no longer serving our best interests. The Arroyo Verdugo Communities Joint Powers Authority has better suited us. Unlike the mayor, who’d attended every SGVCOG meeting over eight years, Gordo never went to one. When asked if he’d like to start, Gordo silently declined. What Gordo also fails to mention on the campaign trail is that he voted only to remain in SGVCOG “for the short-term.”

Gordo is right that it’s important to study things carefully. It’s an all-too-uncommon trait I admire him for.

But there comes a point when delay and indecisiveness are less helpful. Just as it’s not helpful to make all sides believe you support their views, even when those views are diametrically opposed. It may help get votes, but it’s not as helpful in leadership.

Tornek famously tells it exactly like it is. He studies thoroughly. He weighs. And he’s decisive. He neither sugarcoats nor panders. Some call that brusque. But a born pragmatist and optimist, he’s just honest, and refuses to be cynical.

Tornek cares about protecting the small-town, historic nature of our special city. That’s why he created the Historic District ordinances that allow us to protect landmark neighborhoods from overdevelopment, and will keep fighting the State’s attempts to override our zoning code as if a cookie cutter had shaped every city. He’ll also keep working to diminish the affordable housing crisis, in thoughtful ways that Pasadenans approved during the General Plan process.

Tornek cares about the safety of all residents, and improving police oversight. That’s why he and other Councilmembers acted quickly this summer, while Gordo advocated more delay.

Tornek cares about supporting our public schools, which his kids and grandkids attended. He cares about safeguarding the environment, which is why he was enthusiastically endorsed by both the Sierra Club and the L.A. League of Conservation Voters.

Tornek listens to all viewpoints and knows how to make things happen, which is why he was endorsed by our Democratic State Senator Anthony Portantino, Democratic U.S. Representative Judy Chu, and Republican L.A. County Supervisor Kathryn Barger, among many others.

Tornek isn’t using the mayor’s office as a political stepping stone. He’s using it to serve, protect, and improve the City.

He does so whether he’s spearheading efforts to enhance the Arroyo Seco, or representing Pasadena in our first African Sister City.

During this time of upheaval, we benefit from his steady hand, his integrity, and his love for our wonderful city and all its people.

I think it’s worth paying attention to how a candidate campaigns, because that often tells us who they’ll be in office.

Hopefully voters won’t reward his opponent’s unprecedentedly expensive, negative and deceptive manner of campaigning, or it will only be the beginning of what we’ll endure every election in Pasadena.

Boualem Bousseloub serves on the Pasadena Sister Cities Committee and is the chair of the Senegal Committee. He’s a former United Nations Consultant with extensive multidisciplinary government experience in France, Algeria and California. He’s also an author. 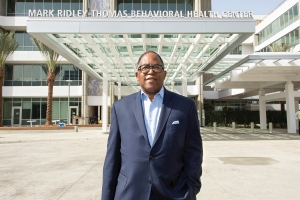 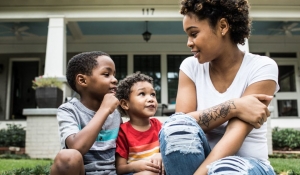 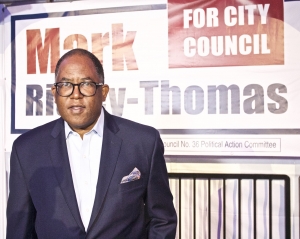